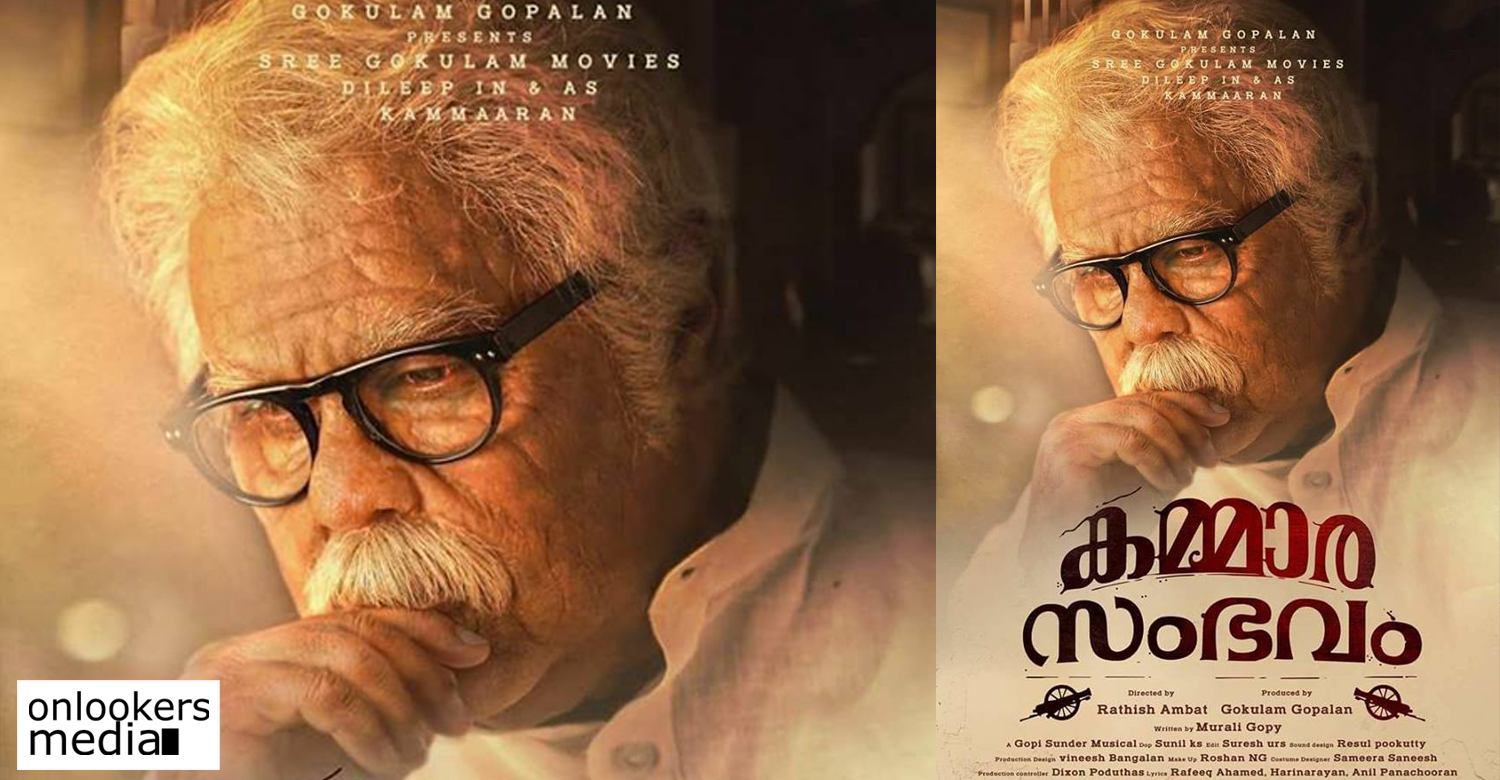 Kammara Sambhavam is easily one of the most awaited Malayalam movies of the year. Dileep and popular South Indian actor Siddharth are playing the lead roles in this movie scripted by the multi-talented Murali Gopy. The movie marks the directorial debut of noted ad filmmaker Rathish Ambat.

As informed earlier, the makers have unveiled Dileep’s new look from the movie. The actor is nearly unrecognizable in this new avatar of a 90-year-old man. For the makeup alone, the actor had to spend over five hours everyday prior to shoot. The actor will be seen in three unique looks in the movie.

Kammara Sambhavam is an epic film set in three different timelines. The movie focuses on historical accounts and how it is depicted by the ones who wrote it. Siddharth, who is making his Malayalam debut, is playing the role of Othenan Nambiar, and he will also be seen in multiple looks.

Shoot is nearing completion and is expected to hit screens as a Vishu release in April. Gokulam Gopalan is funding this big budget movie under the banner of Sree Gokulam Movies.

Pranav Mohanlal’s Aadhi set for a massive release in UK and Europe!
Here’s the all fun cast of Kunchacko Boban’s Kuttanadan Marpappa!!
To Top