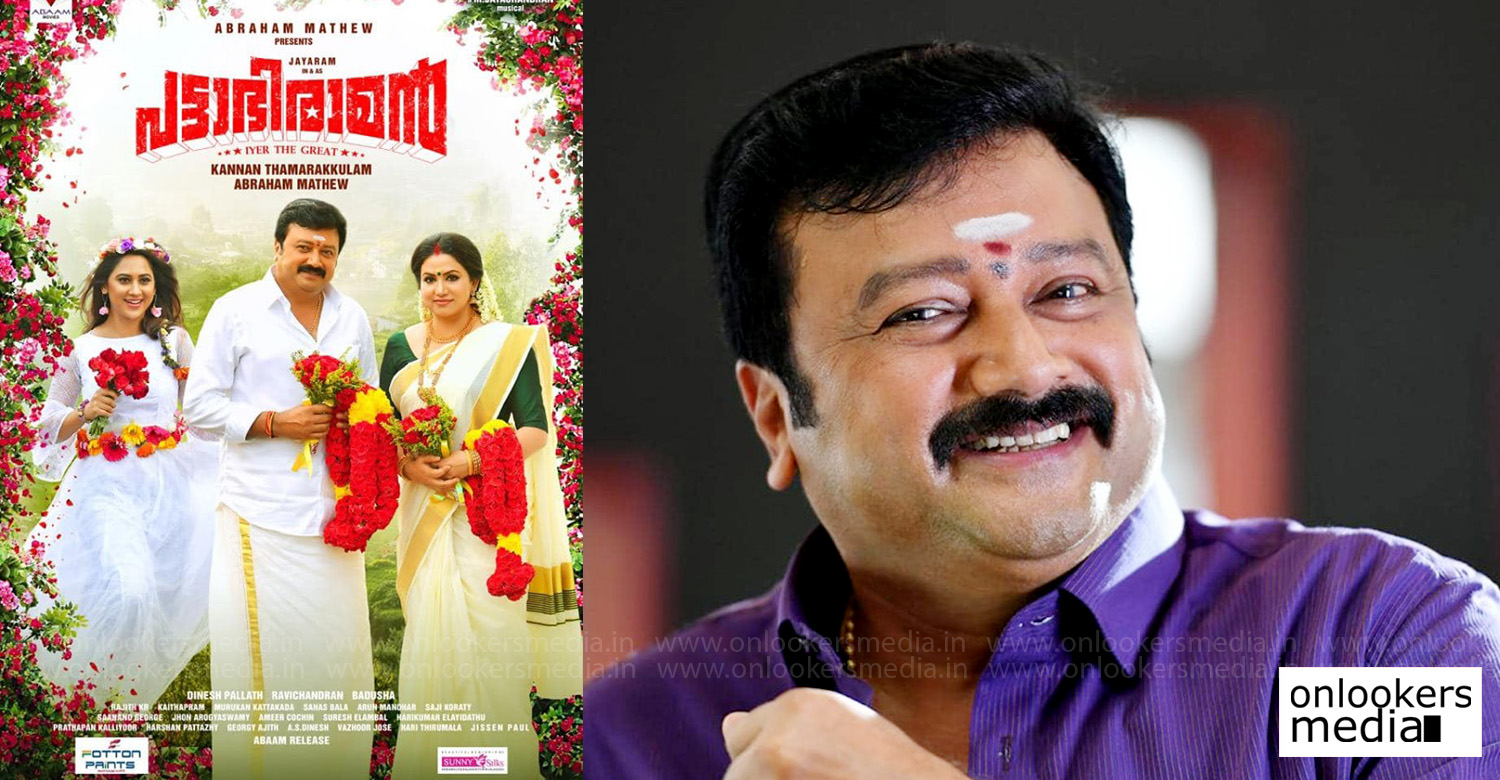 A brand new poster of Jayaram’s upcoming film ‘Pattabhiraman’ has just been released through his social media handle. The poster features Jayaram along with lead actresses Sheelu Abraham and Miya George. The movie directed by Kannan Thamarakkulam looks like an out and out fun entertainer. Dinesh Pallath has scripted the movie and Abraham Mathew is producing it under the banner of Abaam Movies. According to the makers, ‘Pattabhiraman’ is a light hearted flick that also intends to pass a social message. Jayaram plays the role of a government officer in the movie, which comes with the tagline ‘Iyer The Great’. Baiju Santosh, Dharmajan Bolgatty, Hareesh Kanaran, Ramesh Pisharody and Prem Kumar are also part of the cast.