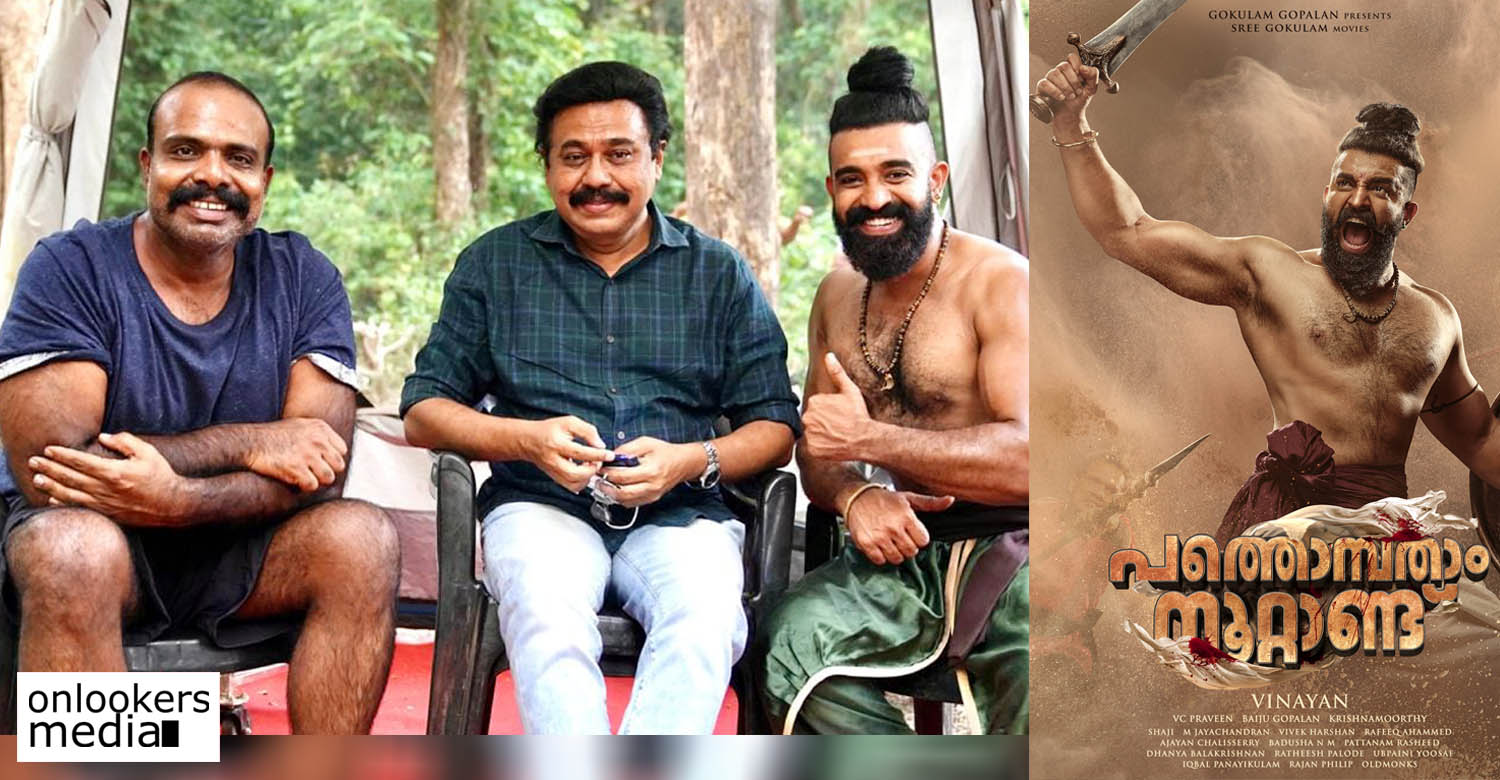 Shoot for Vinayan’s big-budget period film ‘Pathonpathaam Noottandu’ is currently progressing. Siju Wilson plays the lead role of Arattupuzha Velayudha Panicker, a brave Ezhava chieftain who lived in the 19th century. The film has a huge star cast comprising of several known actors. Latest to join the team is Chemban Vinod Jose. He will be seen playing Kayamkulam Kochunni’s role in the film.

Kayamkulam Kochunni was a heroic outlaw from Kayamkulam, who lived during the early 19th century. Legends on his life are part of the folklore of Kerala. It is worth a mention that actors like Sathyan and Nivin Pauly had previously played Kochunni’s role in various films.

‘Pathonpathaam Noottandu’ tells the untold story of Arattupuzha Velayudha Panicker, who was the first martyr of the Kerala Renaissance movement. The leader stood for the marginalized community and fought against the evils of caste system. He lead several struggles for women including the ‘Mookuthi Samaram’ – a protest led for the Ezhava women, who were denied the right to wear nose studs. Siju Wilson had trained hard for playing the character by developing a bulky physique besides training in horse riding and Kalaripayattu.