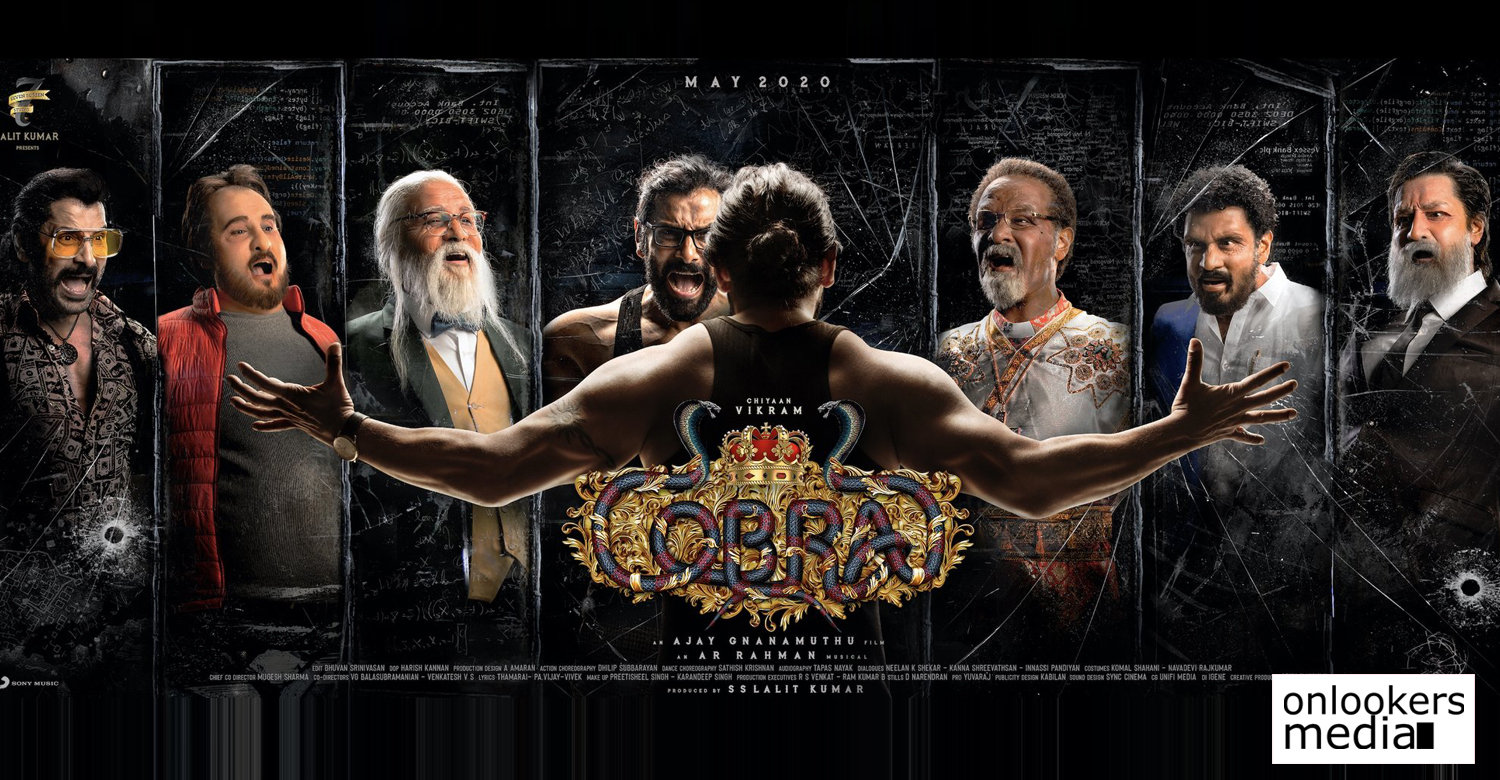 As informed earlier, the first look poster of Chiyaan Vikram starrer ‘Cobra’ has been released online. The poster features Vikram in seven different looks. This is not the first time the star is sporting multiple get-ups for a film. He is known for his penchant for trying various looks in his films like ‘Kandaswamy’, ‘I’, ‘Rajapattai’ etc.

‘Cobra’ is said to be an action-thriller that is being shot in various countries. Ajay Gnanamuthu of ‘Demonte Colony’ and ‘Imaikka Nodigal’ fame is directing the film. Former Indian cricketer Irfan Pathan, ‘KGF’ actress Srinidhi Shetty, Malayali actor Sarjano Khalid, KS Ravikumar and many others are part of the supporting cast.

‘Cobra’ is being made on a lavish budget. 7 Screen Studio is producing the film. Academy award winner AR Rahman is composing music for the film. The makers have confirmed that the film will be hitting screens worldwide in Tamil, Telugu and Hindi languages in May.