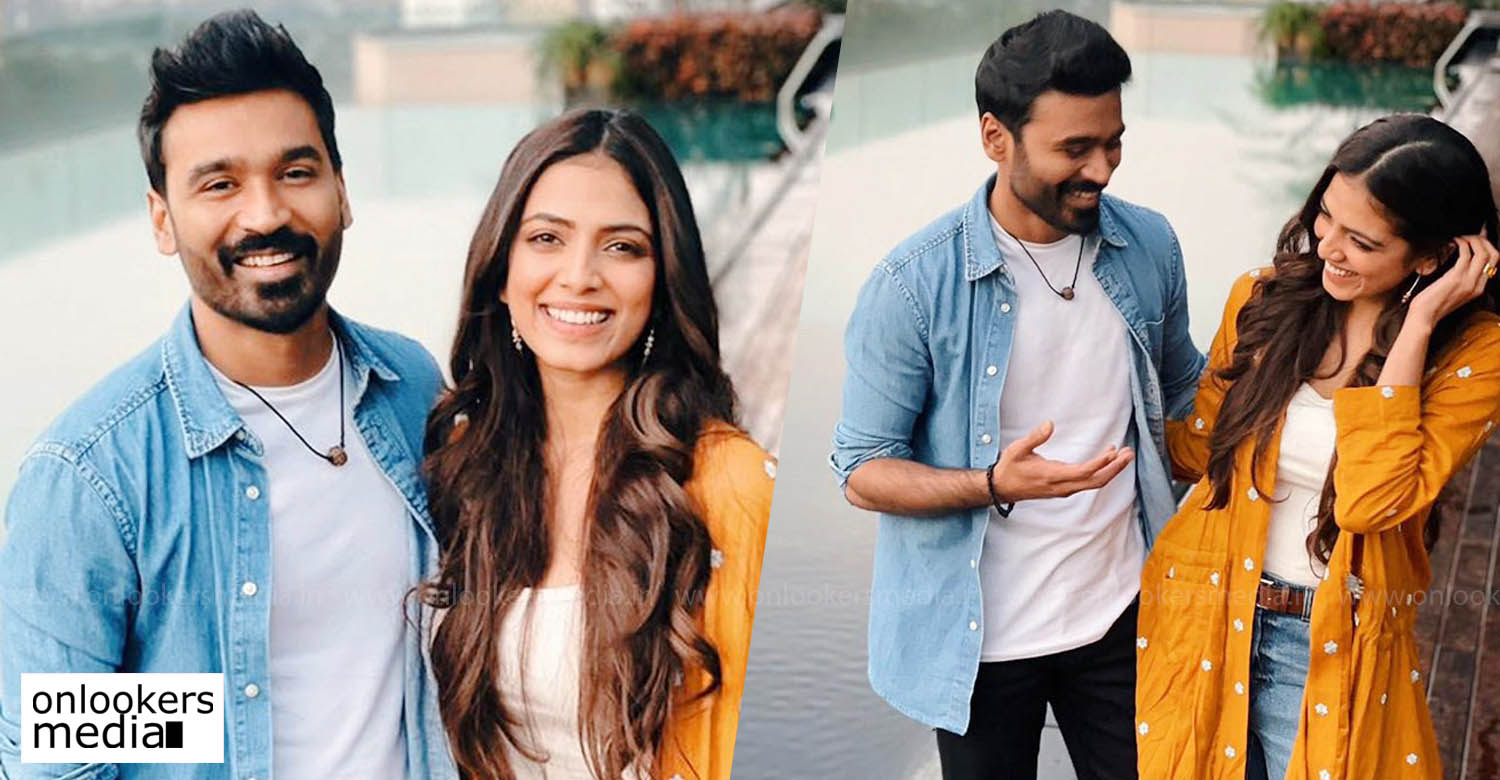 The first schedule of Dhanush’s upcoming film with director Karthick Naren has been completed. Tentatively titled as ‘D 43’, the film is said to be a thriller. Malavika Mohanan plays the female lead in it. Reports suggest that Dhanush and Malavika play investigative journalists in the film. It must be noted that during the announcement of ‘D 43’, the makers had shared a poster which revealed an intriguing bit about the plot. It is centred around the death of an independent journalist, Gurumoorthy, and his wife in an accident, and how their elder son tries to solve the mystery behind the deaths.

Recently, after the completion of the first schedule, Malavika shared photos taken with Dhanush and mentioned about the great time she had while woking with him. Her post reads,

So glad to have met you and worked with you, my fellow leo co-actor! Will miss your infectious laughter, learning so much from you everyday and our mutual love for ‘maggi’

Had a blast of a first schedule, and can’t wait to start the second one soon.

Karthick Naren has scripted ‘D 43’ along with the Malayali scenarists Suhas-Sharafu of ‘Varathan’ fame. Lyricist Vivek has penned the additional screenplay and dialogues. ‘Thadam’ fame Smruthi Venkat, ‘Soorarai Pottru’ fame Krishna Kumar and Samuthirakani will also be seen in major roles in the film.