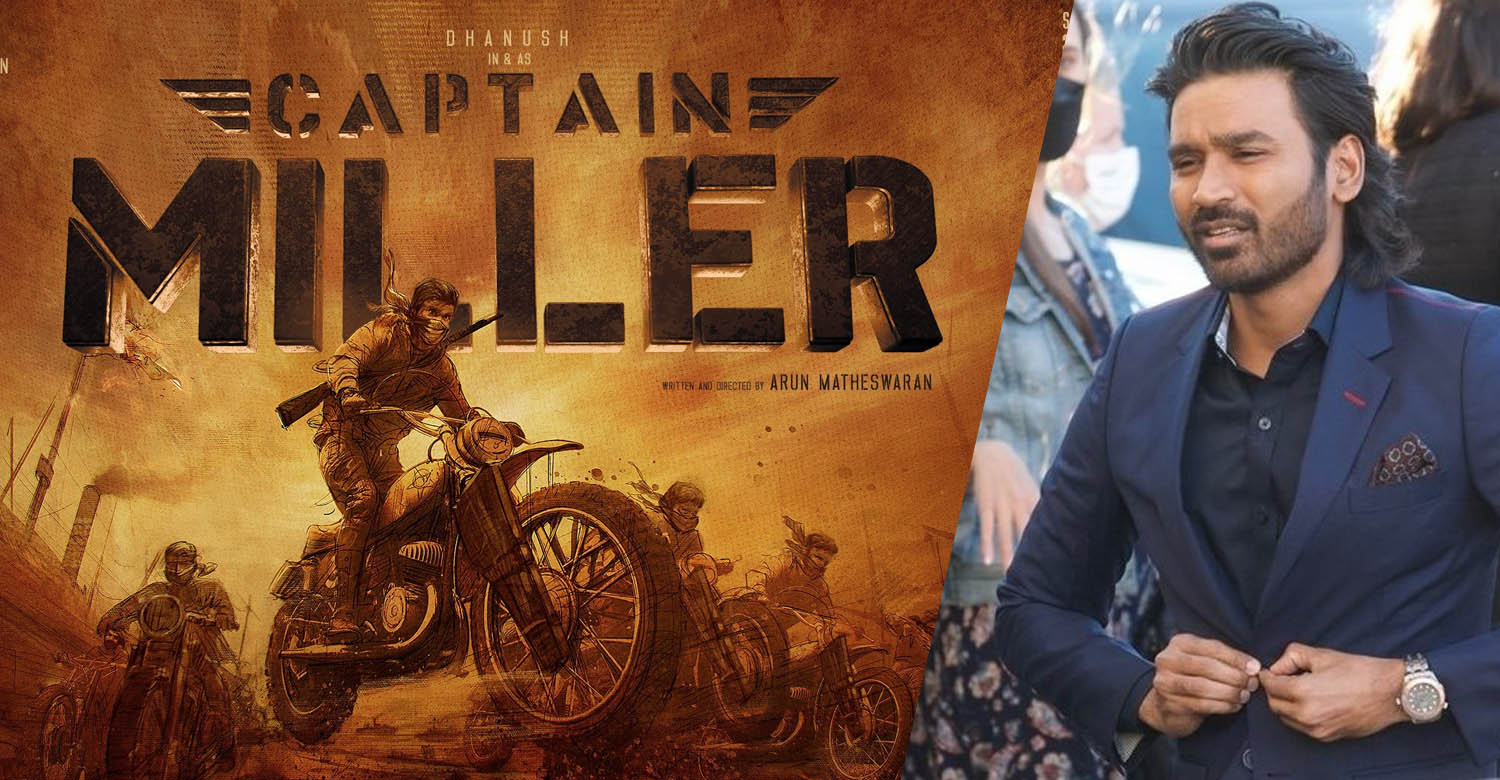 It was recently announced that Dhanush will be teaming up with Arun Matheswaran for ‘Saani Kaayidham’ and ‘Rocky’ fame for a film titled ‘Captain Miller’. The announcement was made with a kickass motion poster. It is learnt that the film has been planned as a big scale period action-adventure film set in the 30s and 40s. The makers are planning to shoot the film across the country. Production will kick-start in August.

‘Captain Miller’ has GV Prakash composing music for the film and Shreyaas Krishna as the cinematographer. Malayalam actors Vinayakan and Aishwarya Lekshmi are rumoured to be part of the cast, but a confirmation is still awaited.

Dhanush meanwhile has his Hollywood debut ‘The Gray Man’, co-starring Ryan Gosling and Chris Evans, set to premiere on Netflix on July 15. He also has ‘Thiruchitrambalam’ directed by Mithran Jawahar gearing up for release. The film, which also stars Raashi Khanna, Nithya Menen and Priya Bhavani Shankar, is scheduled to hit screens on August 18.

Confirmed: Documentary on Nayanthara’s journey to be out on Netflix
Gautham Menon and Dulquer Salmaan reunite
To Top