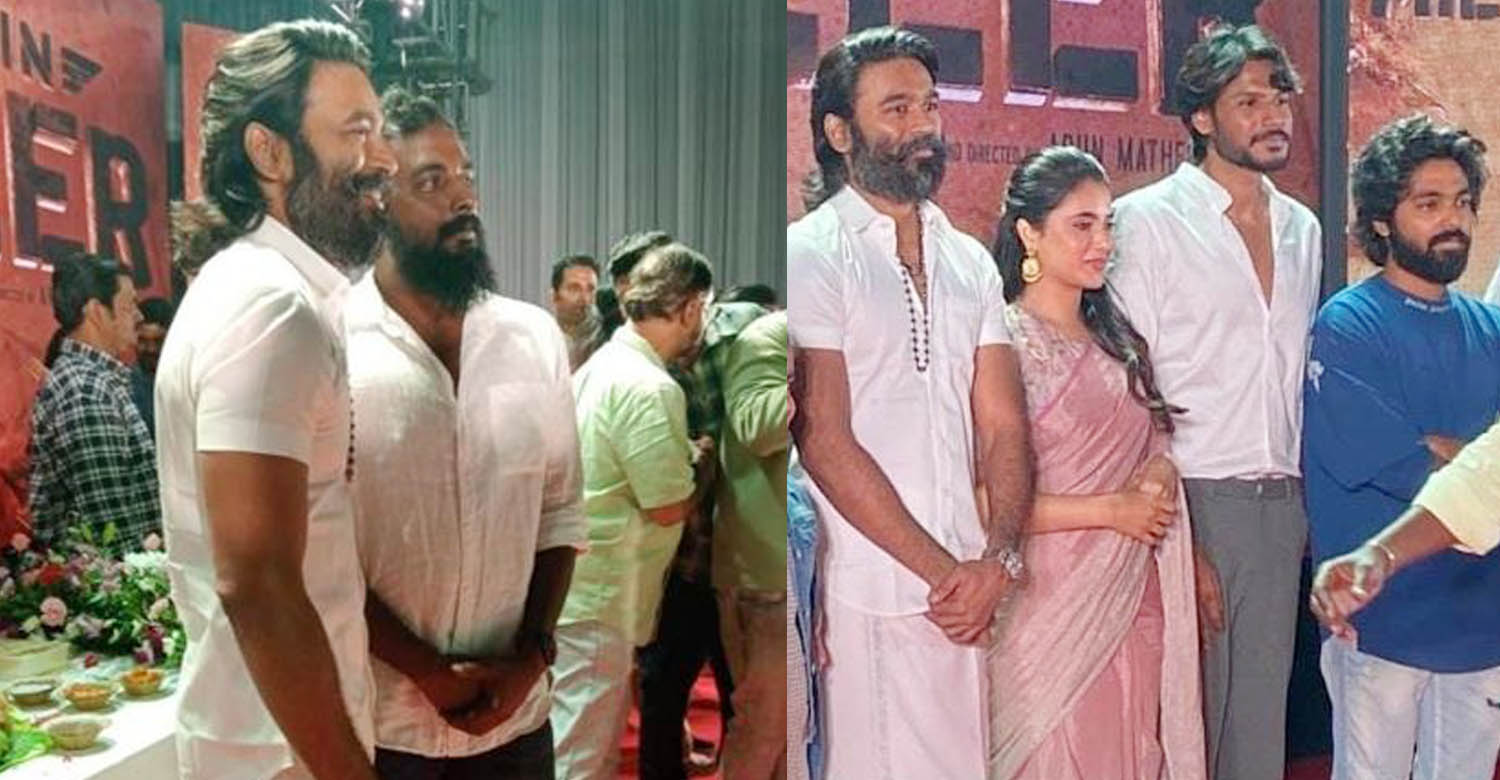 Dhanush’s new film ‘Captain Miller’ got launched last day with a customary pooja ceremony. The film will be directed by Arun Matheswaran of ‘Saani Kaayidham’ and ‘Rocky’ fame. Planned as a big scale period action-adventure set in the 30s and 40s, the project is backed by Sathya Jyothi Films. It is set to be shot in various locations across the country and and will be released in multiple languages.

Recently, the makers had announced its cast members. Priyanka Mohan of ‘Don’ and ‘Doctor’ fame has been paired opposite Dhanush. Others in the cast include Malayalam actor Sumesh Moor of ‘Kala’ fame, Nivedhithaa Sathish, John Kokken and Sundeep Kishan.

‘Captain Miller’ has GV Prakash composing music and Shreyaas Krishna as the cinematographer. More details regarding the project are awaited.

Thunivu second look is here!
Ponniyin Selvan Malayalam version to have voice over by Mammootty
To Top