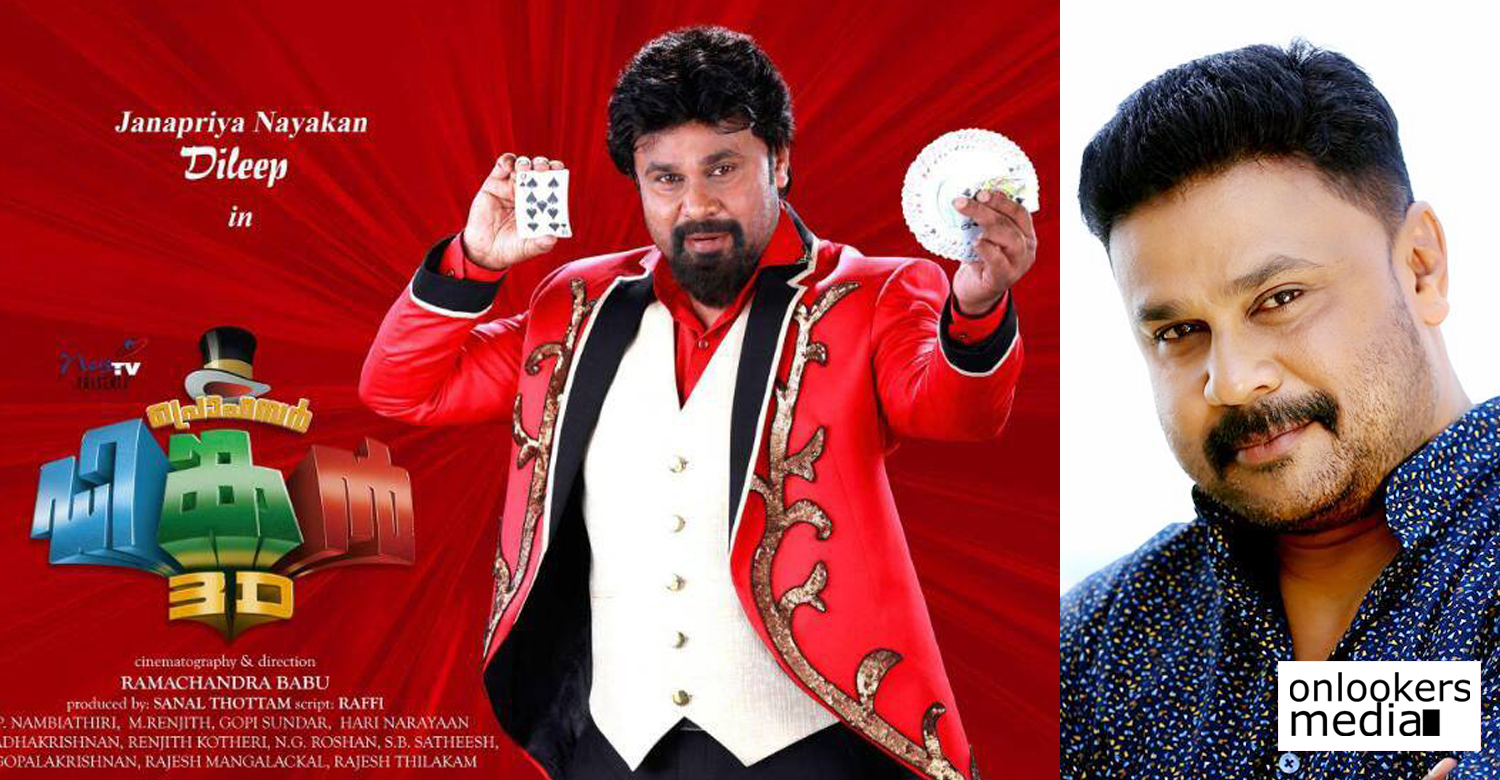 Dileep to head to Dubai for the shoot of Professor Dinkan!

Dileep is currently busy with the final schedule of Rathish Ambat’s Kammara Sambhavam. It is a big project and Dileep had allocated bulk dates for the movie. Shoot is now nearing completion, upon which the actor will be resuming shoot for Professor Dinkan. It is a 3D fantasy film directed by veteran cinematographer-turned-filmmaker Ramachandra Babu.

As per latest reports, the second schedule of the movie is set in Dubai. Dileep is expected to join the team next week after he wraps up his portions for Kammara Sambhavam. Dileep’s arrest in the actress assault case had forced the makers of both these movies to adjust their schedules accordingly.

Professor Dinkan, scripted by Rafi features Dileep in the role of a magician. The makers had recently reworked the script to suit the family audience. Dileep enjoys great popularity among the families and hence the decision to tweak the script and make it appealing to them as well.

Namitha Pramod plays the female lead in this movie, which revolves around an ambitious magician whose aim is to astonish the world with a risky magic trick. But one such attempts fails miserably and ends up affecting a lot of people. How he tries to patch up with the people and undo the damage through minor magic tricks forms the plot.

Suraj Venjaramoodu, Aju Varghese, Srinda Arhaan, Rafi, Kochu Preman and Kailas are part of the movie’s supporting cast. Director Ramachandra Babu himself is cranking the camera and Rajesh Mangalakal is in charge of the edits. Gopi Sunder is handling the music department. The movie is being produced by Sanal Thottam under the banner of New TV.

Prithviraj’s Ranam – Detroit Crossing will be a realistic action movie!
Vishnu Unnikrishnan-Bibin George duo’s next is a mass comedy entertainer with Dulquer Salmaan!
To Top