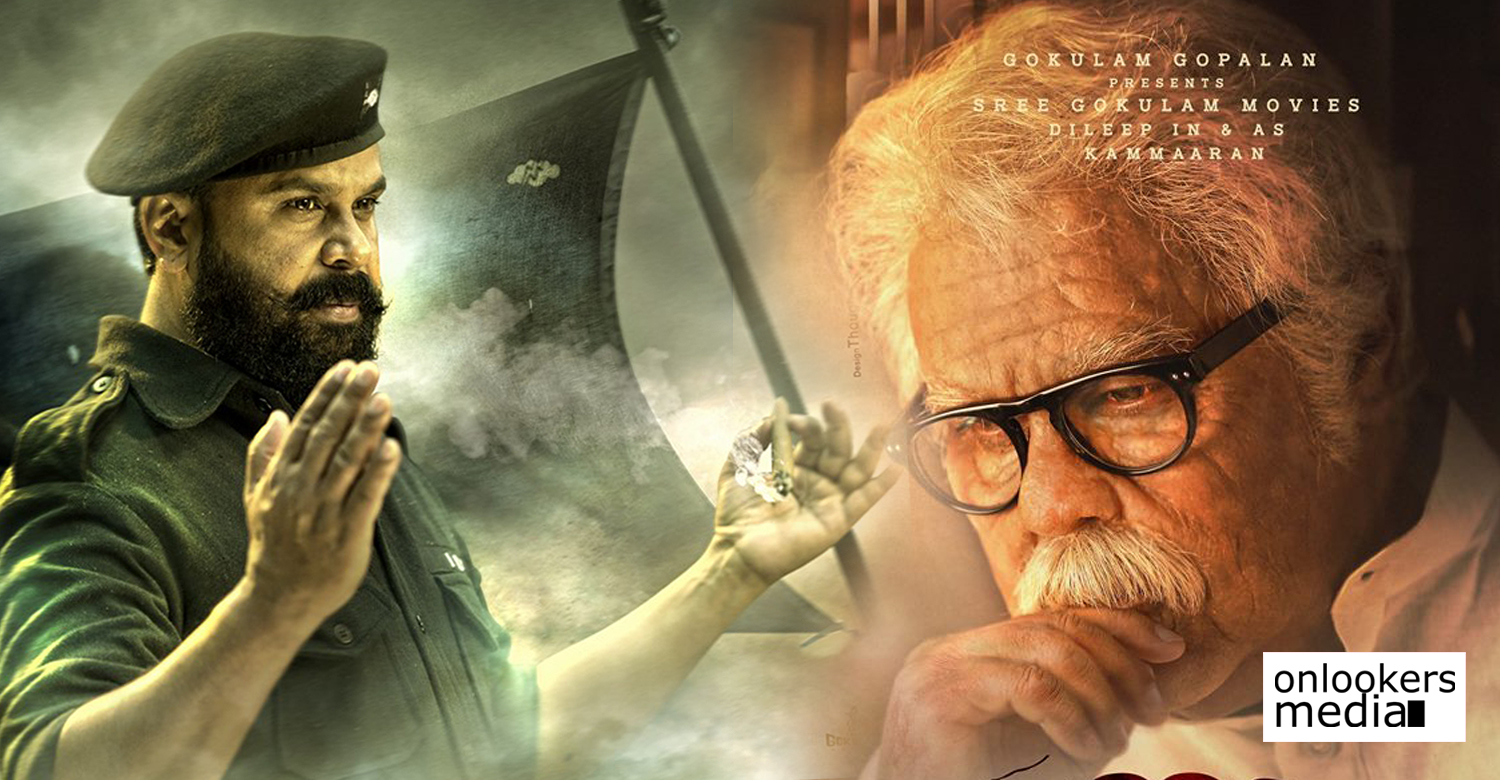 The biggest movie in Dileep’s career, Kammara Sambhavam is currently in the last stages of shoot. Final schedule of the movie is progressing at a rapid pace in Kochi. The movie marks the directorial debut of noted ad filmmaker Rathish Ambat. Dileep is sporting the 90-year-old look in this final leg of shoot. For the make-up alone, the actor is spending over five hours everyday prior to shoot.

Kammara Sambhavam scripted by Murali Gopy also has popular South Indian actor Siddharth in a lead role alongside Dileep. Murali Gopy is also essaying a crucial role in the movie. Kammara Sambhavam is an epic film set in three different timelines. The movie focuses on historical accounts and how it is depicted by the ones who wrote it.

Siddharth, who is making his Malayalam debut, is playing the role of Othenan Nambiar. Both Dileep and Siddharth will be appearing in multiple looks in the movie. Murali Gopy’s character is named Malayil Kelu Nambiar. His character poster was released in social medias a couple of days back.

Kammara Sambhavam is expected to hit screens as a Vishu release in April but an official word has not yet been given. Gokulam Gopalan is funding this big budget movie under the banner of Sree Gokulam Movies. After the completion of this movie, Dileep will be heading to Dubai for the shoot of his 3D film Professor Dinkan.