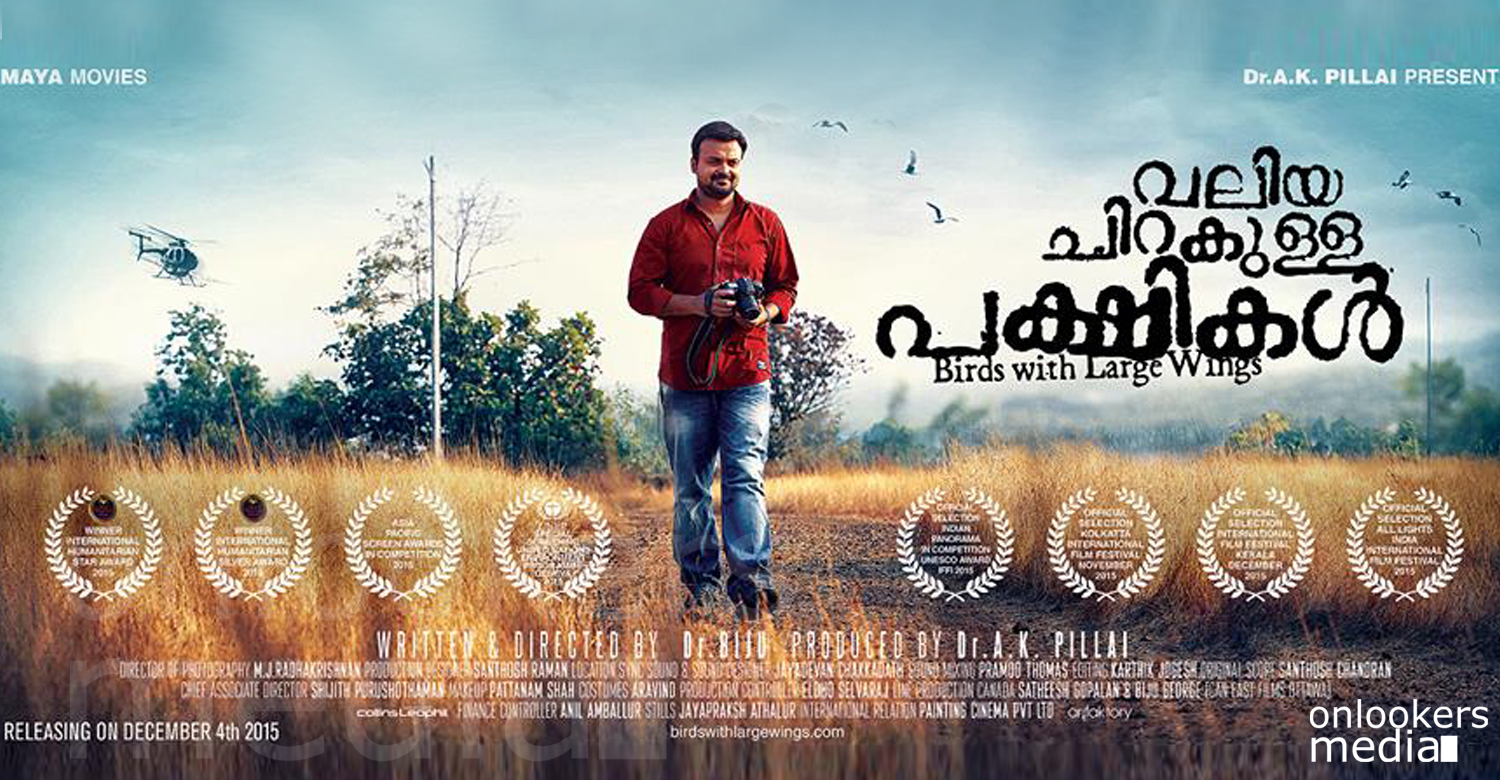 Dr Biju is now all set to strike again with his new film named Valiya Chirakulla Pakshikal (Birds with large wings) which has Kunchacko Boban playing the lead role. Dr Biju’s almost all films got recognitions National awards as well as in many film festivals. Now as per reports his new film Valiya Chirakulla Pakshikal also saying a socially relevant theme just like his earlier films. The shoot of the film is over weeks ago and as the latest reports suggests, the film will hit the screens on this December and on 4th December to be precise. This December has almost 12-13 releases charted in Mollywood and this film add up to that list as well. The film is written by Dr. Biju himself as well.

Kunchacko Boban who is playing the lead character in this film portraying the character of a photographer. The story is told from the view point that character. The main plot of the film revolves around the Endosulfan tragedy in Kerala and in this film the victims of the Endosulfan Tragedy also can be seen as they played an important part in the film. Popular artists such as Suraj Venjarammoodu, Salim Kumar, Prakash Bare, Nedumudu Venu etc had acted in this film along with Kunchacko Boban. The cameraman of this film is MJ Radha Krishnan.

This might be one of the best characters played by Kunchacko Boban over these years. He had some average successes like Madhura Naranga and Jamna Pyari this year and now he hopes to end this year with a class film like Valiya Chirakulla Pakshikal. If the performance of him in the film gets appreciated, then he can be a contender too in the best actor state award for this year along with Jayasurya, Prithviraj and Mammootty.

Actor Suraj Venjarammoodu had got the national award for best actor through the film named Perariyathavar directed by none other than Dr Biju. There are reports came earlier that Dr Biju had got the dates of Nivin Pauly as well as Nivin wants to do some challenging roles in his career.