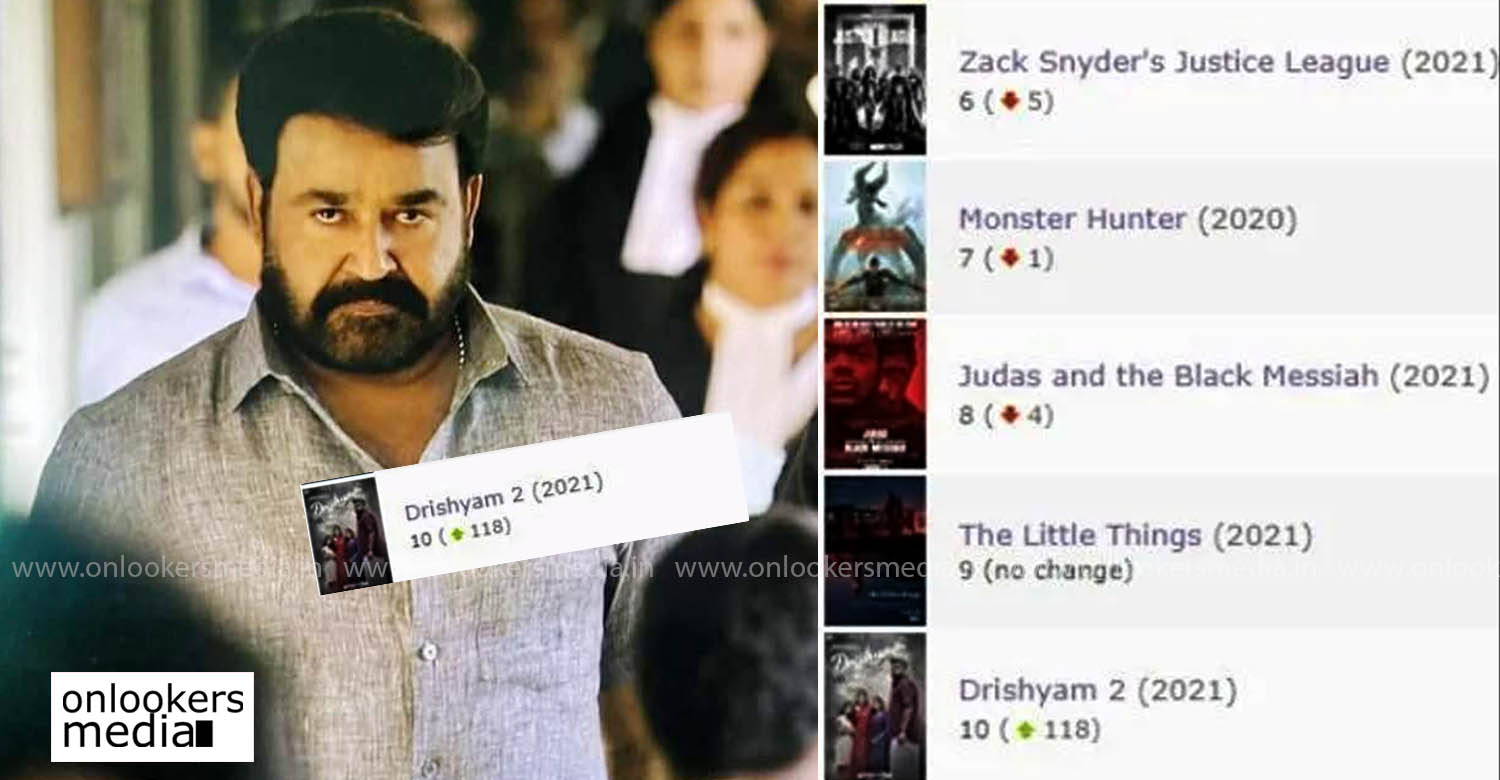 Drishyam 2 ranked among the world’s most popular films!

‘Drishyam 2’ has to be one of the most talked about films in recent times. Thanks to its direct release in Amazon Prime Video, film lovers across the world could watch and enjoy the film with English subtitles. It soon became a nationwide sensation with several non-Malayalis including celebs showering their praise on the film.

‘Drishyam 2’ has now been ranked among the world’s most popular films. Internet Movie Date base, popularly known as IMDb, regularly updates a list of most popular films and the Mohanlal starrer is currently ranked 10th in the list with a rating of 8.8. Interestingly, among the top 10 films, ‘Drishyam 2’ has the highest rating. The ratings are determined by customers who rank films and TV shows. Rosamund Pike’s ‘I Care A Lot’ tops the list followed by ‘Mortal Combat’ and Academy award winner Frances McDormand’s ‘Nomadland’.

‘Drishyam 2’ directed by Jeethu Joseph is the sequel to the blockbuster film that got released in 2013. After the phenomenal response, remake talks have begun in multiple languages. The Telugu version starring Venkatesh has already started rolling. Jeethu himself is directing the film.