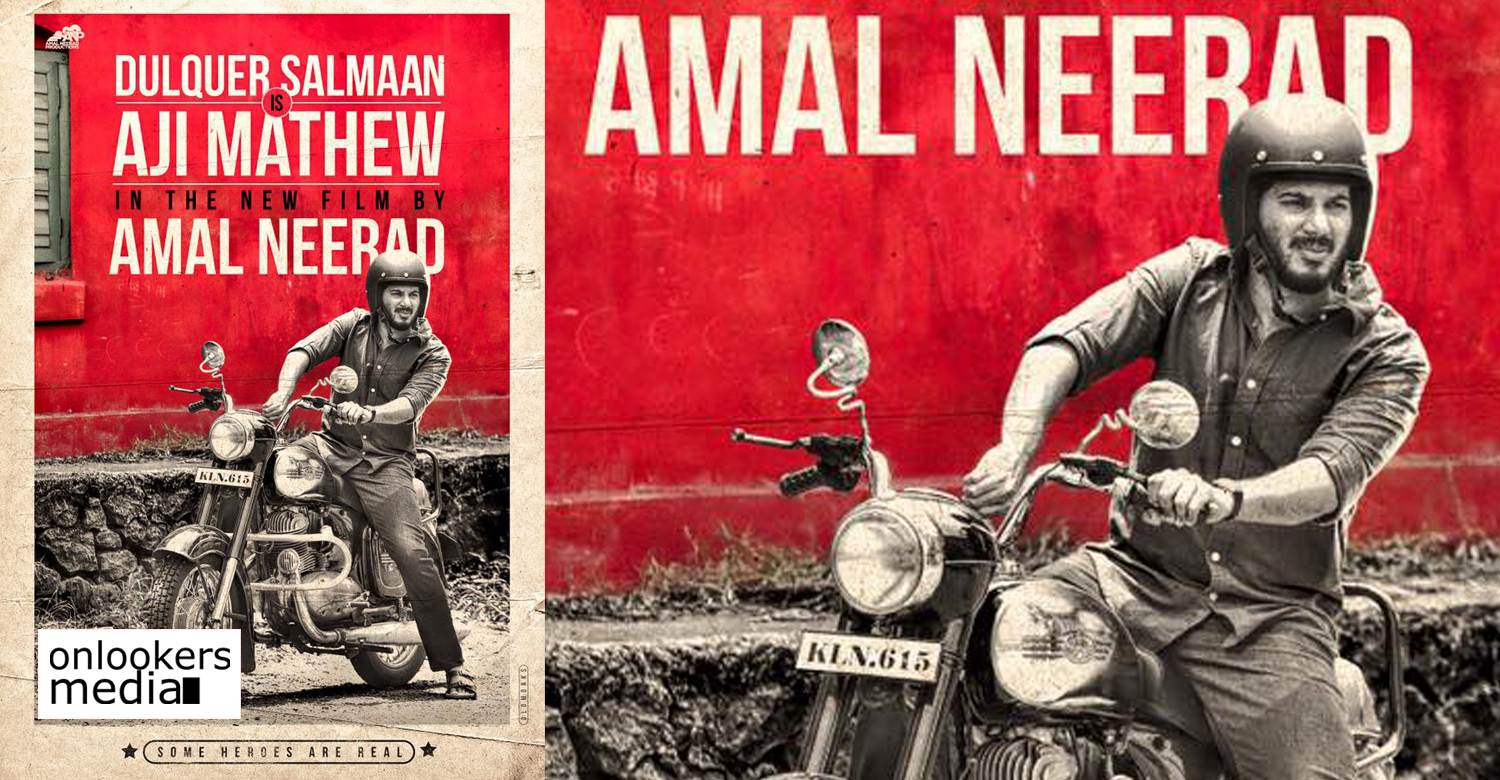 Today is the birthday of Dulquer Salmaan and the first look poster is out today as a birthday present for Dulquer Salmaan from the team of the movie. Shibin Francis had written the story and screenplay of this entertainer which will be a different kind of film from usual action thrillers from Amal Neerad.

The film shot most of its part in Kottayam. Now, they are filming it in USA and as per reports the film will hit the screen in the coming October. Dulquer Salmaan is playing a Kottayam native young man in this movie. The female lead of this movie is played by Karthika Muraleedharan, who is the daughter of popular Bollywood cinematographer Muraleedharan. Earlier they roped in Anu Emmanuel to play the female lead in the flick and later she opted out because of her date problems.

Actor Siddique is playing an important character in this film and it will be his first association with Amal Neerad. Amal Neerad and Dulquer Salman had earlier worked together for Kullante Bharya, which was a segment in the anthology movie named 5 Sundarikal.

Dulquer Salmaan celebrates his 30th birthday today
Only Mohanlal can play the character of Sairam in Vismayam / Manamantha, says Chandrasekhar Yeleti
To Top