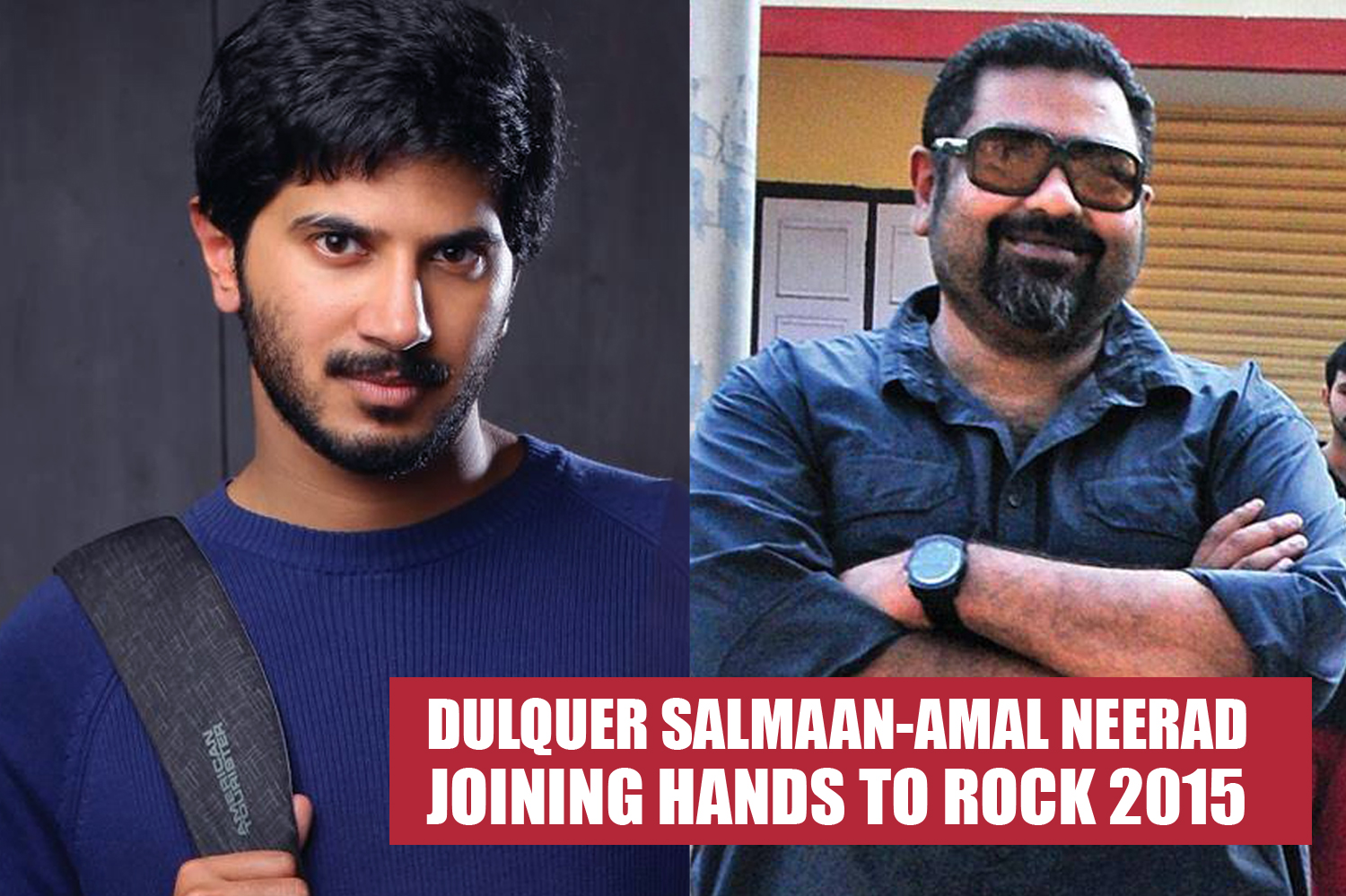 2015 will be a Rocking Year for Young Actor Dulquer Salmaan as he announced his projects this year to a leading newspaper. When asked about his projects and Hopes in 2015, Dulquer revealed that He is all set do Films with Martin Prakkat, Rajeev ravi and Amal Neerad this year and some films with Newcomers also. But the Amal Neerad Project will be the much awaited one as it will be union of the style icon Dulquer Salmaan and the best stylish film maker Mollywood ever had, Amal Neerad.

Dulquer Salmaan had a mixed year of 2014 with 3 flops and 2 hits. He began 2014 with two back to back flops. They are ‘Salala Mobiles’ directed by Sharath A. Haridaasan, and ‘Samsaram Aarogyathinu Haanikaram’ directed by Balaji Mohan, which was a bilingual film. But he recovered from that debacle with the huge success of Anjali Menon’s ‘Bangalore Days’, which was the biggest success in Mollywood from the the films that got released in 2014. The film is a multi- starrer one which has Fahadh Faasil and Nivin Pauly along with Dulquer Salman. His next success in 2014 was ‘Vikramadithyan’, which was helmed by none other than the master director Lal Jose. It was also a Multi starrer which has Unni Mukundan shared screen space with Dulquer and that film also has Nivin Pauly in a Cameo.

His last release in 2014 was ‘Njan’ Directed by Renjith which was based on a work by T P Rajeevan. ‘Njan’ even though failed at the box-office, got good critical appreciation and can be said one of the best in Dulquer’s career. He was really fortunate to have done such bold and intense role in the early stages of his career. The thing here to be noticed that even though Dulquer had two hits in 2014, it cannot be termed as Dulquer Salmaan hits as both of the hit film was multi-starrers. So he will be hoping to Get a Solo hit this year to stand on his own in the industry and he will be hoping that the coming Amal Neerad film will do the trick for him. It will be a much awaited project for both Dulquer and Amal Neerad fans.

Amal Neerad got great appreciation for his last film ‘Iyyobinte Pusthakam’, even though it did not done too well at Box office. Dulquer currently working in two films, which Mani Ratnam directorial ‘OK kanmani’ and Debutant Jenuse’s ‘100days of love’.