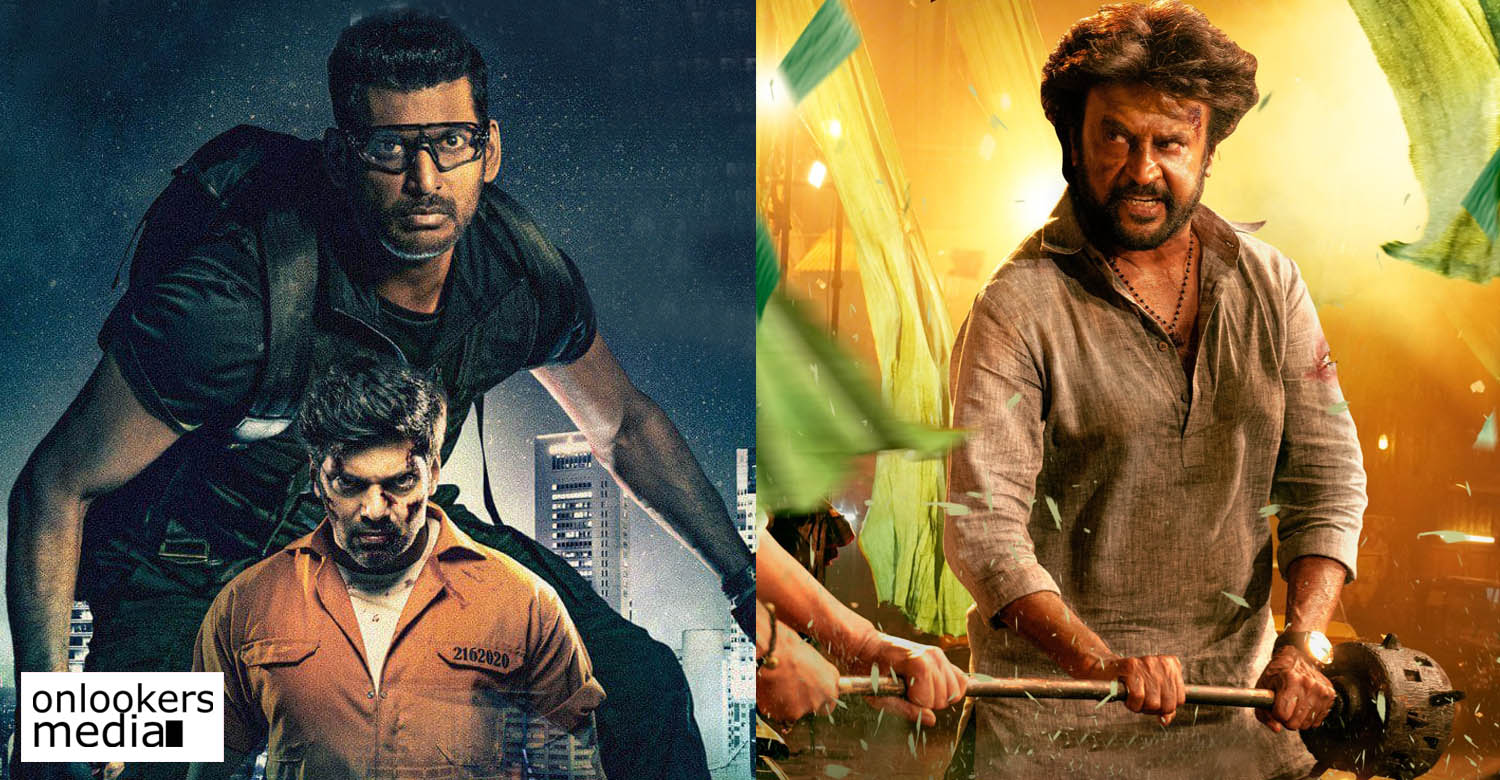 Enemy and Annaatthe all set to hit screens tomorrow

It’s Deepavali day tomorrow, and as is the ritual every year, some big films are set for release. Rajinikanth’s ‘Annaatthe’ and the Vishal-Arya starrer ‘Enemy’ are the two theatrical releases from Tamil. Both the films have high expectations among movie lovers.

‘Annaatthe’ directed by Siva marks Rajinikanth’s return to rural-mass entertainer space after a long gap. The film’s promos have all promised a proper festive entertainer for the families. It has a huge star cast comprising of actors like Keerthy Suresh, Nayanthara, Meena, Khusbhu, Prakash Raj, Jagapathi Babu, Soori, Sathish and many others.

‘Enemy’ is touted to be an action thriller. Anand Shankar of ‘Iru Mugan’ and ‘Arima Nambi’ fame is directing the film. Just like his previous films, ‘Enemy’ also promises to be a treat for action film lovers. Both Vishal and Arya will be seen in equally important roles in the film. Mrinalini Ravi, Mamta Mohandas and Prakash Raj are also part of the cast.

Besides these two films, ‘Varuthapadatha Vaalibar Sangam’ director Ponram’s long delayed ‘MGR Magan’ is also releasing tomorrow. The film is set to premiere on Disney+Hotstar. Sasikumar, Samuthirakani and Sathyaraj star in it.