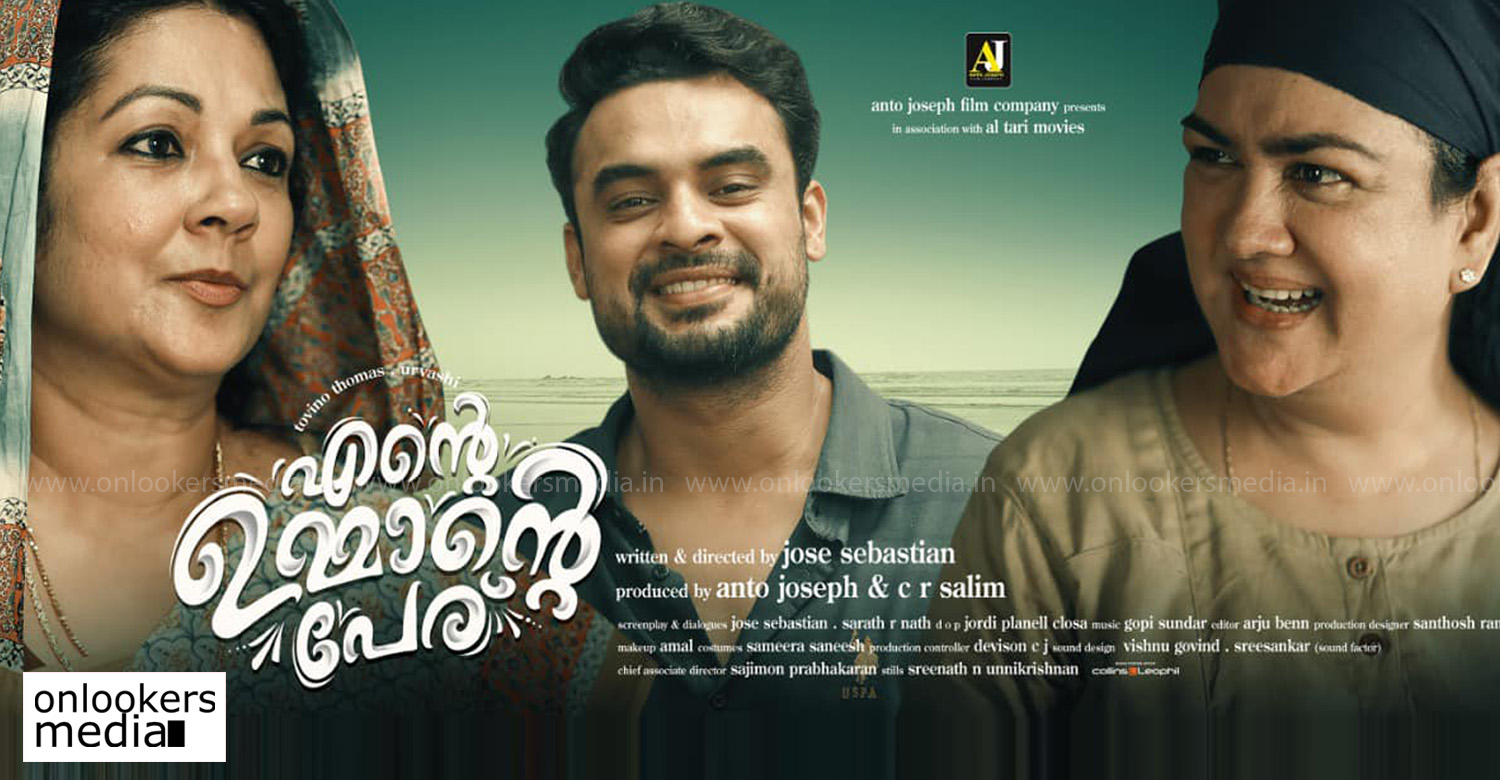 Ente Ummante Peru to release outside Kerala from tomorrow

After garnering good response from the audience in Kerala, ‘Ente Ummante Peru’ is all set to hit screens outside the state from tomorrow. Among the slew of films that got released for Christmas, this Tovino starrer has managed to do well with the support of families. The movie is entering its second week of theatrical run with solid occupancy in most centres. In the Kochi multiplexes, it has crossed the Rs 10 lakh mark in five days time. Directed by debutantJose Sebastian, ‘Ente Ummante Peru’ tells a heartwarming mom-son relationship. Along with Tovino, veteran actress Urvasi plays the other lead role. The movie traces the journey of Tovino’s character, Hameed, in search of his mother, whom he has never seen in his entire life. Though the subject is quite heavy and emotional, the fun element is aptly placed throughout and keeps the proceedings light. It is a kind of feel-good entertainer that families love to watch during this holiday season.

Urvashi and Tovino’s chemistry is the major highlight of the movie. Their combination scenes have worked out wonderfully and critics have all leading critics have pointed out the same. As the word of mouth is positive in social medias, the movie is sure to attract Malayalis outside the state to theatres.

Pranav is an absolute natural in acting, he’s got his father’s genes: Kalyani Priyadarshan
Nivin Pauly’s next with Rajeev Ravi titled ‘Thuramukham’
To Top