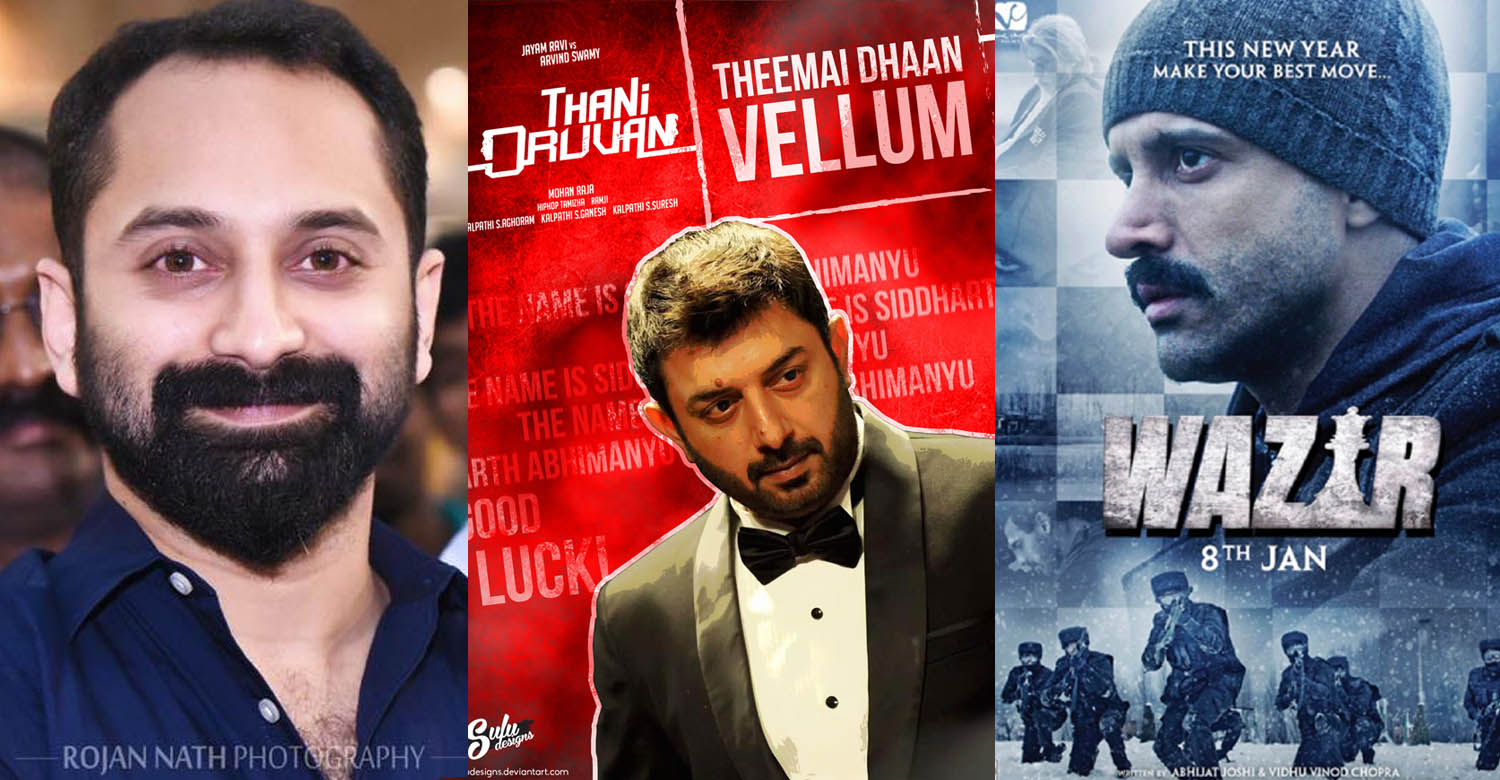 Fahadh Faasil is basking in the glory of his latest release Take Off. The movie has been getting excellent reviews with due appreciation to Fahadh for his restrained yet powerful performance as an Indian Ambassador.

As we had earlier told you, Fahadh is doing two Tamil movies this year, Velaikaaran with director Mohan Raja and Aaranya Kaandam fame Thiagarajan Kumararaja’s next. The actor in a recent chat session with RJ Shaan of Club FM UAE revealed that he was initally hesitant to act in other language movies.

Fahadh during the start of his career believed that he can do movies only in languages that he can understand and converse in. As a result he let go off two golden opportunities, one in Tamil and one in Hindi.

Fahadh was initally offered the villain role of Sidharth Abhimanyu in Thani Oruvan which eventually ended up in Aravind Swamy’s hands. And we all know how splendid that role was, easily one of the best negative roles in recent years. Aravind Swamy with his charm and flamboyance fitted the bill perfectly. Just imagine Fahadh in that role, mouthwatering stuff. He indeed missed a golden opportunity.

However, when the same director Mohan Raja approached him for his upcoming movie, Fahadh grabbed it with both hands. He is playing the villain in his next movie Velaikaaran also starring Sivakarthikeyan, Nayanthara and Sneha.

Fahadh was also approached to play the negative role in Bejoy Nambiar’s Bollywood movie Wazir. The movie had an ensemble star cast in Amitabh Bachchan, Farhan Akthar, John Abraham, Aditi Rao Hydari. When Fahadh turned down the offer, Neil Nitin Mukesh struck the jackpot and played the villain in the movie.

Imagine a Bollywood launch where he could have rubbed shoulders with big names like Amitabh Bachchan, Farhan Akthar and John Abraham. But Fahadh again let it go. Let’s hope he gets an even bigger opportunity and we are quite sure that it will come his way, considering the talent he possesses.

2 Tamil movies for Fahadh Faasil; One with Vijay Sethupathy and another with Sivakarthikeyan
Karan Johar congratulates Prithviraj for Tiyaan
To Top