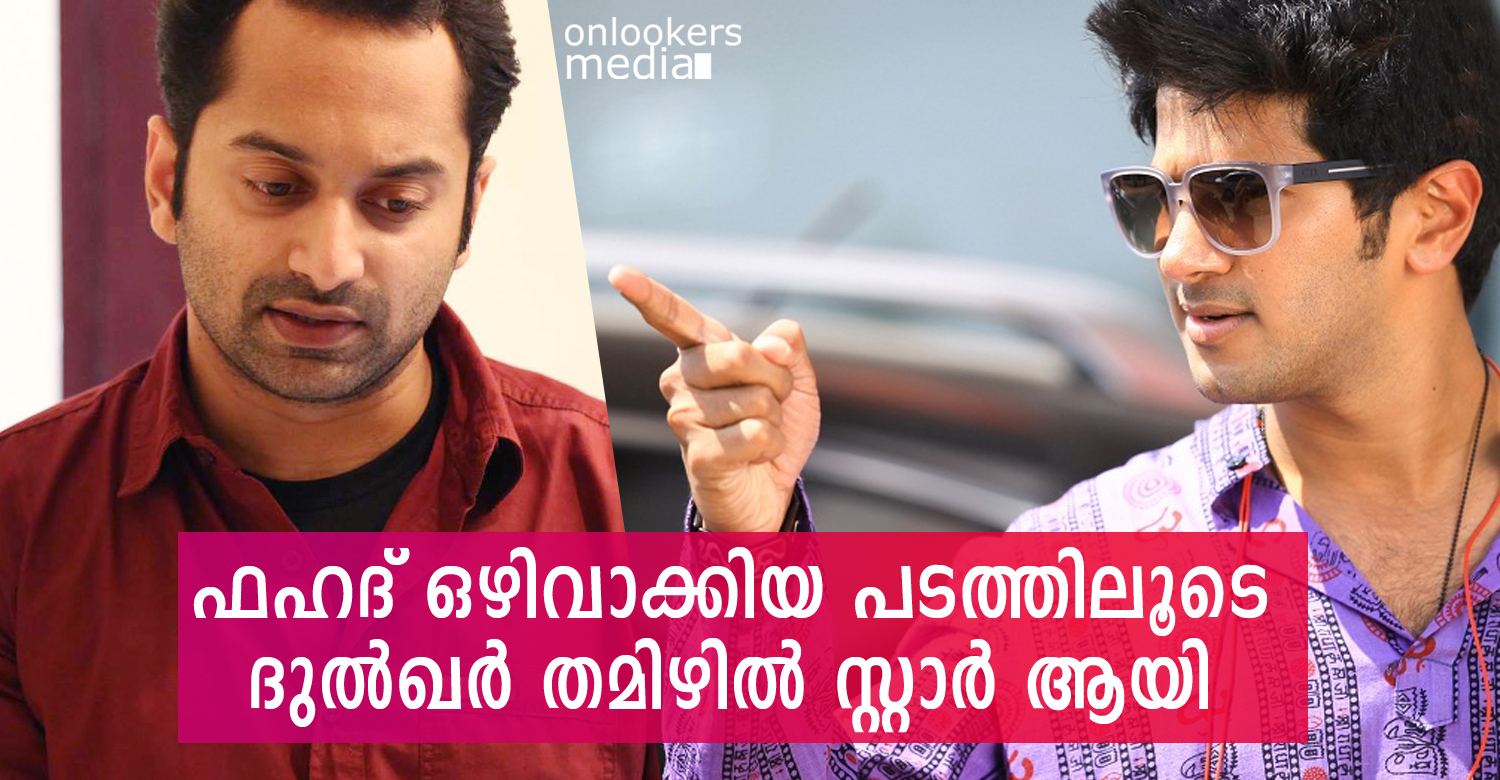 OK Kanmani is the latest film directed by the Master Director of Indian Cinema, none other than Mani Ratnam. The film is unique in a way that Mani Ratnam is doing an out and out romantic film after so many years. His last outing in this category was ‘Alaipaayuthe’ starring Madhavan and Shalini. The film also in the news for the re-union of Mani Ratnam and P C Sreeram and when music maestro AR Rahaman also joins the team, we can’t ask for anything better as a viewer.

But there are some interesting facts behind the casting of the male lead of the film. For Mani Ratnam, The first choice for the male lead of this film is none other than Fahadh Fazil, another young and upcoming actor and star from Mollywood. Fahadh fazil is well known in Mollywood for his easy acting and bold choice of films. He had already won the state award for best actor for his performance in the Shyama Prasad Directorial film named ‘Artist’.

Mani Ratnam had approached Fahadh fazil to do the lead role in OK Kanmani. But Fahad is very busy with the projects he had committed earlier and cannot be able to accept the dream opportunity to do a Mani Ratnam film. The second choice for the male lead was Telugu star Ram Charan Teja. But later Mani Ratnam realized that Ram Charan is not suitable for the character. Then he went to Dulquer Salmaan and the rest is History. The film is all set to release in the Coming Month and all are waiting to see the Mani Ratnam magic on Celluloid, this time along with Mollywood’s own Dulquer Salmaan.