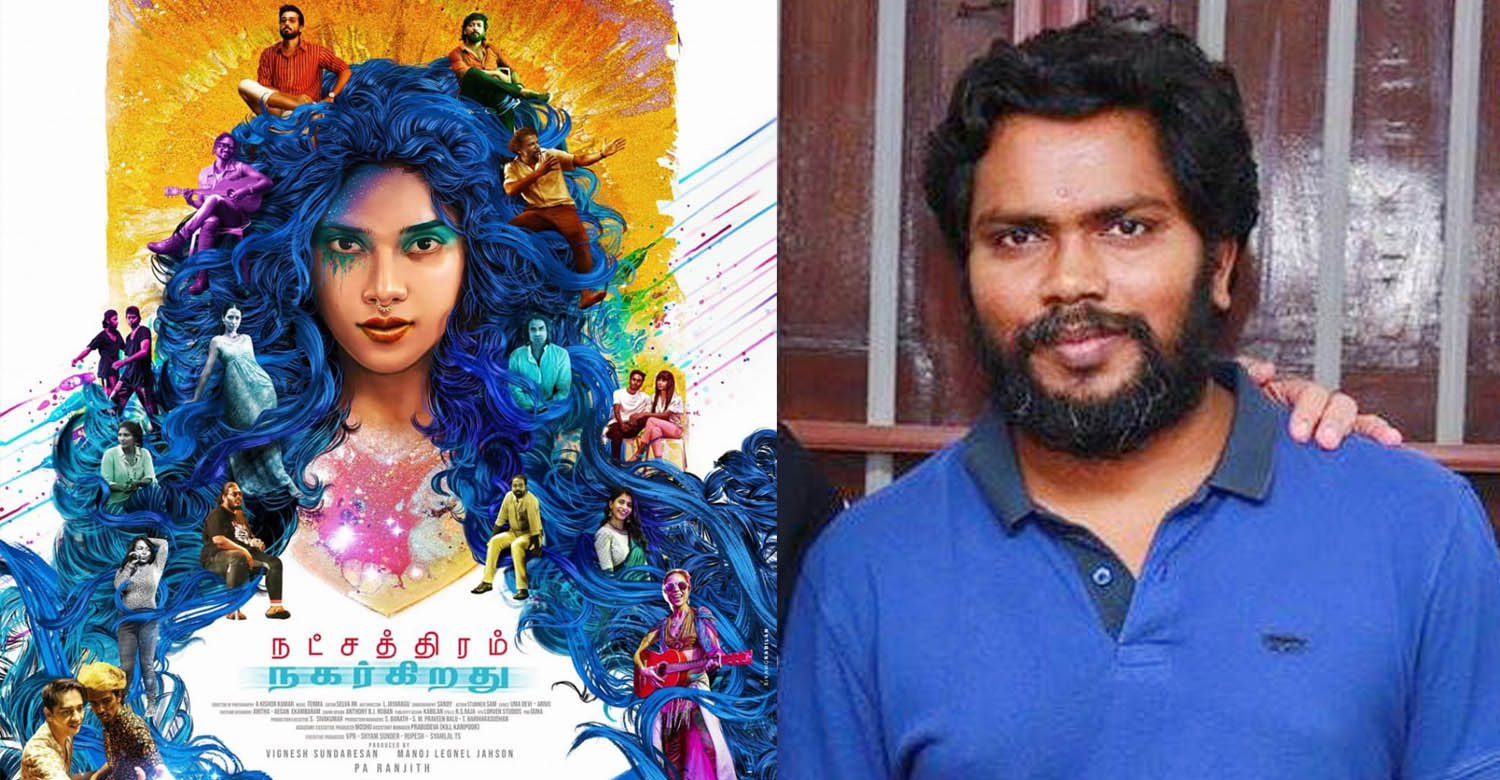 The first look poster of director Pa Ranjith’s upcoming release ‘Natchathiram Nagargiradhu’ has been grabbing attention ever since its release. The film stars ‘Sarpatta Parambarai’ fame Dushara, Kalaiyarasan and Kalidas Jayaram as the leads. Harikrishnan and ‘Dancing Rose’ Shabeer Kallarakkal will also be seen in prominent roles in the film.

As per reports, the film set in the backdrop of Tamil theater scene explores multiple facets of love, including straight and LGBTQ romances. Director Ranjith shared the poster by captioning it as ‘love is political’. The film has music scored by Tenma and cinematography by Kishor Kumar. It is jointly bankrolled by Neelam Productions and Yaazhi Films. The film targets a July release.

Pa Ranjith meanwhile is prepping up for his upcoming film with Vikram, which is set to begin production later this month. Set in the backdrop of Kolar Gold fields, Karnataka, the film revolves around miners who discover gold in the 19th century. The director’s own banner Neelam Productions and Studio Green are jointly backing the film. Ranjith is also in talks with Kamal Haasan for a Madurai-based film.