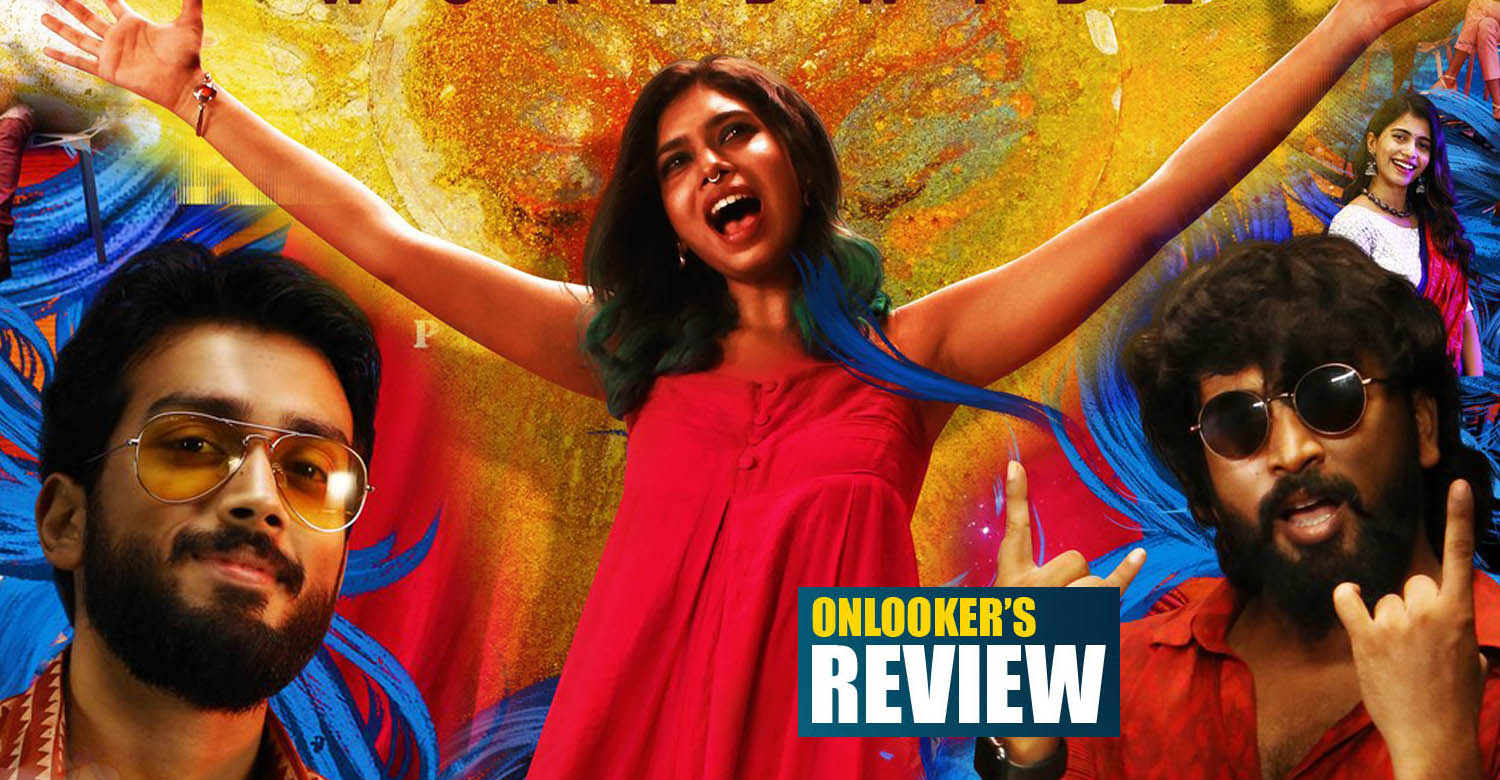 Pa Ranjith, known for making strong political films that speak for the oppressed, has attempted a new genre with Natchathiram Nagargiradhu. It is a love story. But wait it’s not your usual love story. It’s about love and its various facets. A deep exploration of the very idea of love. “Love is political”, shouts a character. So is the film.

Set against the backdrop of a theatre group in Pondicherry, the film has Rene (Dushara Vijayan), a feisty young woman as its protagonist. She is intense, bold, deep, well-read, passionate, and empathetic. But beyond all that is a bruised individual who suffered discriminations from various corners on the basis of her identity.

The aforementioned theatre group is a mix of various genders, race and identities. There’s a lesbian couple, gay couple, transwoman, lovers who recently broke up… Ranjith has deliberately included all of them to portray the many types of romantic love. Kalaiyarasan’s Arjun is a new member in the group. It is through him that we, the audience, are educated. He starts off as a privileged, ignorant, rich brat and towards the end, he evolves as a mature person with a better worldview and strong empathy.

Rene and Arjun are the two best characters in the film with proper arcs. Dushara and Kalaiyarasan come up with brilliant performances to bring life to Ranjith’ vision. Kalaiyarasan gets an extended stretch towards the interval block and the actor effortlessly owns it. Kalidas’ Iniyan is another interesting character but not well explored. He is a representative of the ‘woke’ people who don’t have a proper understanding of the world outside.

For a narrative that flowed seamlessly, the final act looked forced and out the place. The intentions behind including those portions are understandable but it could have been less dramatic. Maybe Ranjith wanted to show them as clowns who put up such theatrics.

In short, Natchathiram Nagargiradhu is a profound film that grows on you gradually. It is metaphorical, poetic, indulgent and discussion-worthy.