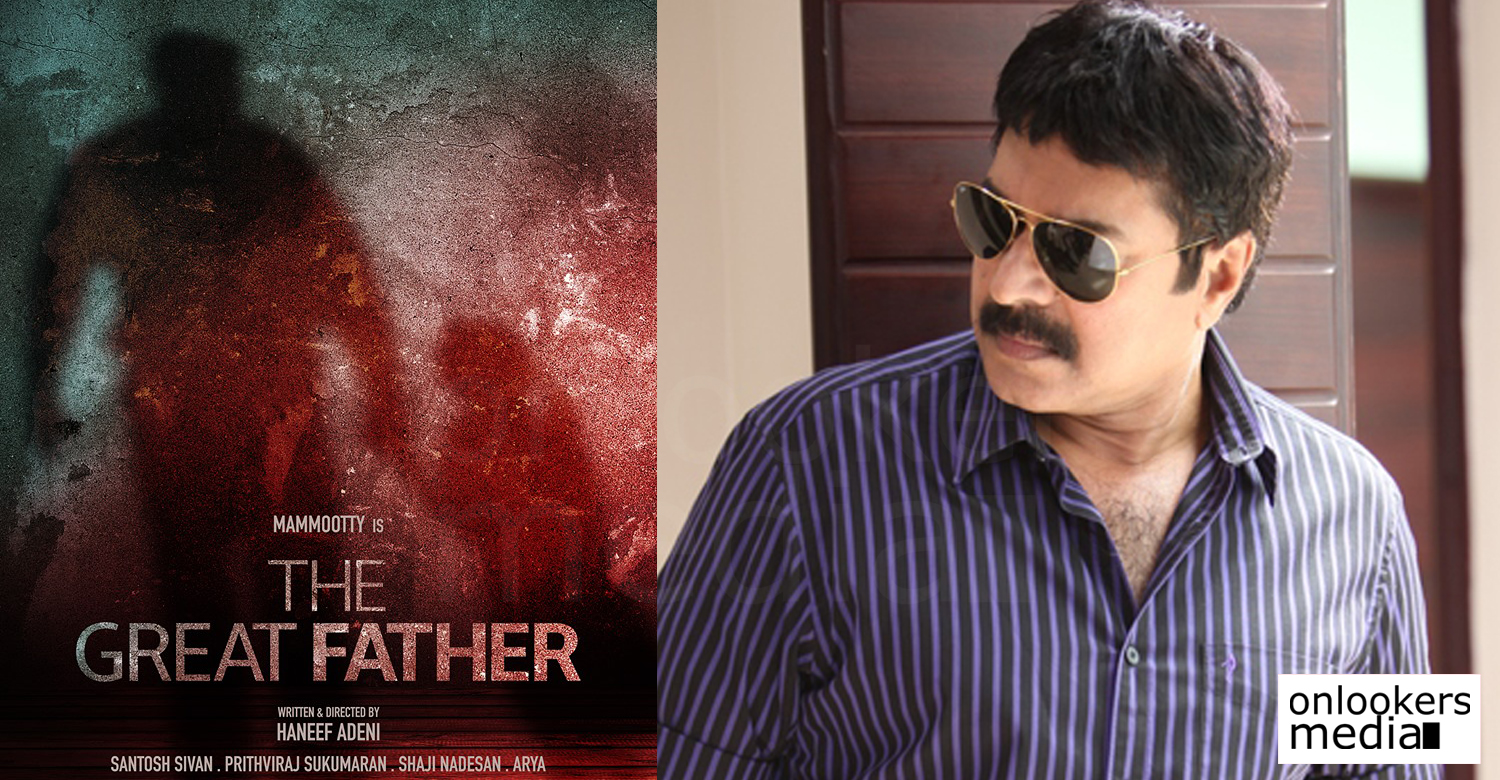 The upcoming movie of Mammootty which is scripted and directing by debutant Haneef Adeni is titled as The Great Father. The first look poster of the movie is also released today. Earlier there were rumors that the film is titled as My Dad David. This flick will be a family thriller in which Mega Star Mammootty will appear in a stylish look. Popular Kollywood actress Sneha is making a comeback to Mollywood through this film by playing the wife character of Mammootty in this movie. Earlier Nayan Thara was considered to play the female lead in it as per reports. Young Super Star Prithvi Raj Sukumaran will bankroll this project under the banner of August Cinemas which is co-owned by Arya, Santhosh Sivan and Shaji Nadeshan along with Prithviraj.

Also Read : Onam 2016,  Asianet and Surya TV to come up with big movies

Prithviraj is said to be playing an extended cameo in this movie as well. The film will start rolling from August 25th as per reports and the major locations of this movie will be Wagamon and Kochi. Thrissur is also said to be a location of this movie.

Baby Sara Arjun may play the daughter character of Mammootty in this movie. More details about the cast and crew of this big budget movie will be revealed later. Mammootty is now finishing up his Tamil movie named Peranbu.

Onam 2016 : Asianet and Surya TV to come up with big movies
Sivakarthikeyan–Samantha pair to play the lead in upcoming Ponram movie
To Top