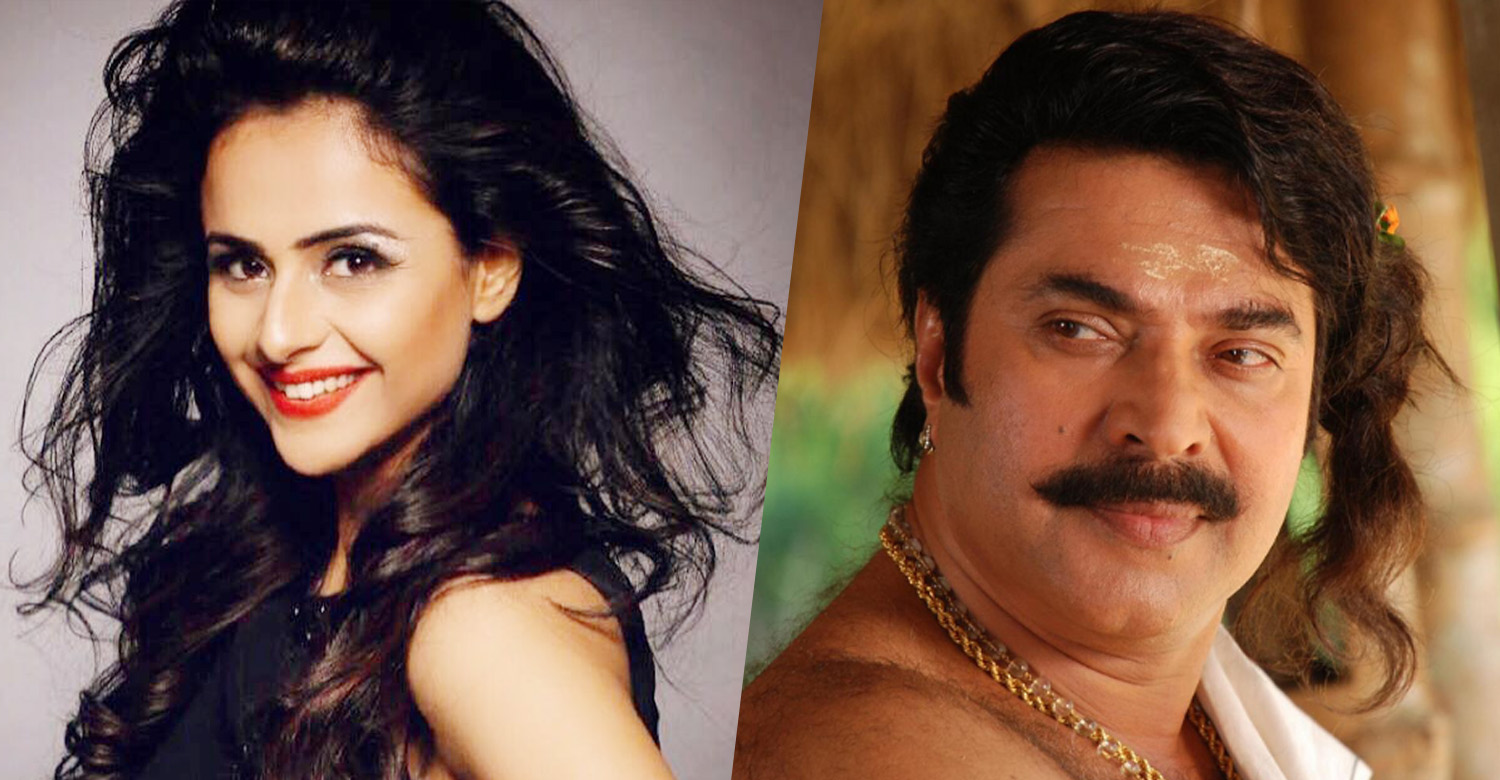 The second schedule of Mammootty’s upcoming period flick Mamankam is currently progressing in Kochi. Huge sets have been erected in the city where major portions are currently being shot. The movie directed by Sajeev Pillai is an epic historic-drama made on a big scale. Venu Kunnampilly of Kavya Films is producing this ambitious project.

As informed earlier by the makers, the movie has a big star cast with several non-Malayali actors as part of the cast. Bollywood actress Prachi Desai, noted for her roles in movies like Rock On, Once Upon a Time in Mumbaai and Azhar, has reportedly been signed as one of the female leads in Mamankam. Latest to join the camp is Prachi Tehlan, a popular TV show actress.

Prachi Tehlan made her acting debut with the TV show Diya Aur Baati Hum. She has also acted in a couple of Punjabi movies. She is also the lead actress in Ikyawann, a television show which airs on Star Plus. Interestingly, Prachi Tehlan is the former captain of the Indian national Netball Team which represented the country in the 2010 Commonwealth Games.

Prachi Tehlan has already started shooting for Mamankam and is having a wonderful experience working in such a big project, which incidentally also marks her debut in South. Sajeev Pillai, a former associate of Adoor Gopalakrishnan is making his directorial debut with Mamankam. He has scripted the movie after doing research works for nearly twelve years.

Neeraj Madhav, ‘Queen’ fame Dhruv, Sunil Sukhada, Meghanathan and Sohan Seenulal are already confirmed in the movie’s supporting cast. Aravind Swamy is also rumoured to be part of the movie but we are still waiting for an official confirmation.

Sonam Kapoor excited about working with Dulquer Salmaan in Zoya Factor
Confirmed: A big news on Randamoozham is on its way!
To Top