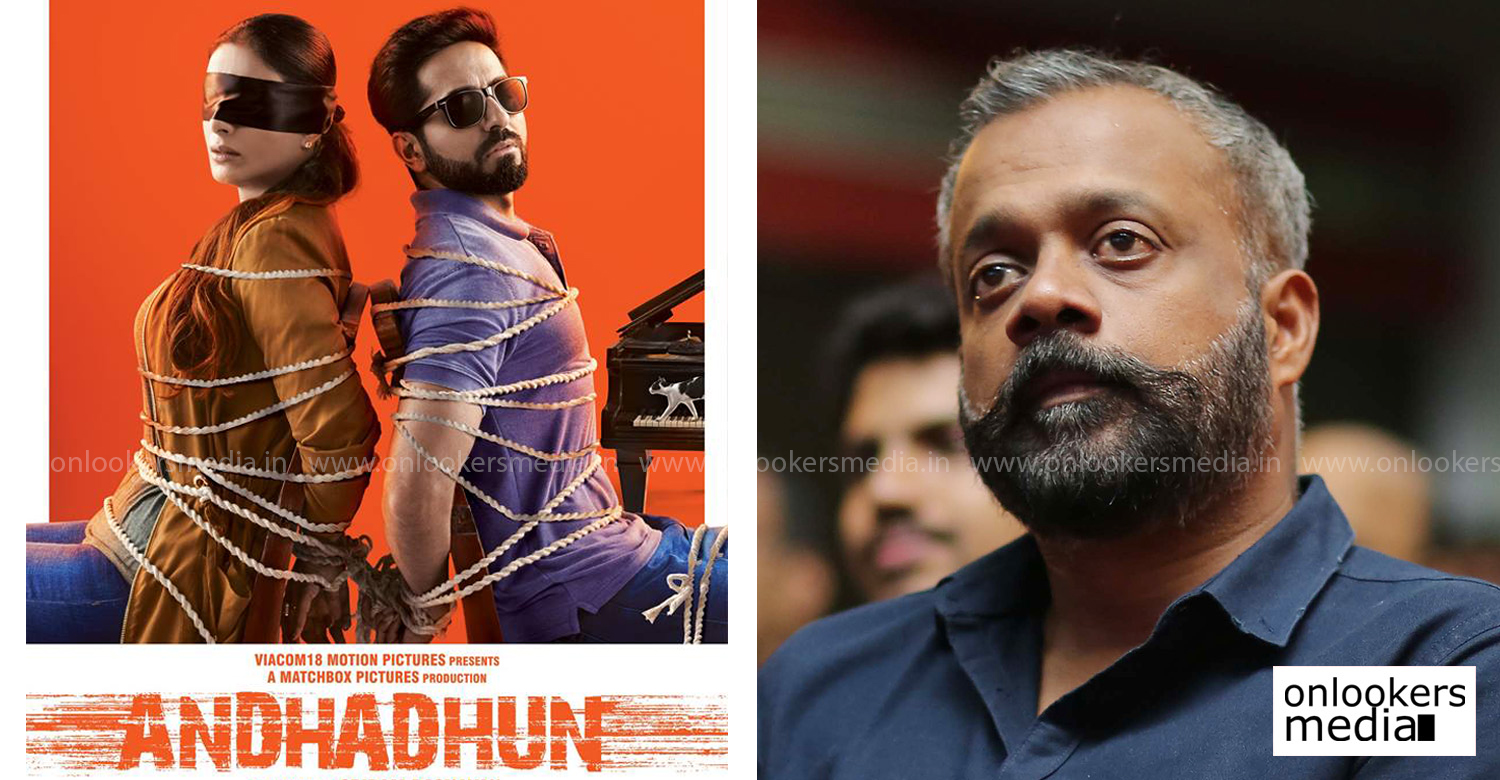 As reported by us recently, Sriram Raghavan’s black-comedy thriller ‘Andhadhun’ is getting remade in Tamil with Prashanth in the lead. The actor’s father Thiagarajan had bagged the remake rights officially. Though the director’s name is yet to be announced, it is widely speculated that Gautham Vasudev Menon might helm the remake. After a series of financial issues related to his films, Menon is slowly trying to make a comeback with ‘Enai Nokki Paayum Thotta’, which is scheduled for release next Friday (September 6). It will be interesting to see if he signs the dotted lines for ‘Andhadhun’ remake

‘Andhadhun’ was one of the most acclaimed films in Indian cinema last year. The movie won several awards at various levels, which includes three at the National level as well. Ayushmann Khuranna’s stellar performance won him the National Award for Best Actor. It also won the award for best adapted screenplay and best Hindi film. Besides the critical acclaim, the movie emerged as a big blockbuster as well, earning over Rs 100 crores from the box office alone.

Dhanush and Siddharth were the first names that emerged for the Tamil remake of ‘Andhadhun’, but eventually it landed on Prashanth. Thiagarajan believes that it will be a cake walk for his son to reprise Ayushmann’s character as he is a pianist, who has passed grade 4 in piano at the Trinity College of London.

Antony Varghese and Chemban Vinod to act together once again after Jallikattu
Indrajith Sukumaran and Dulquer Salmaan to team up for the first time!
To Top