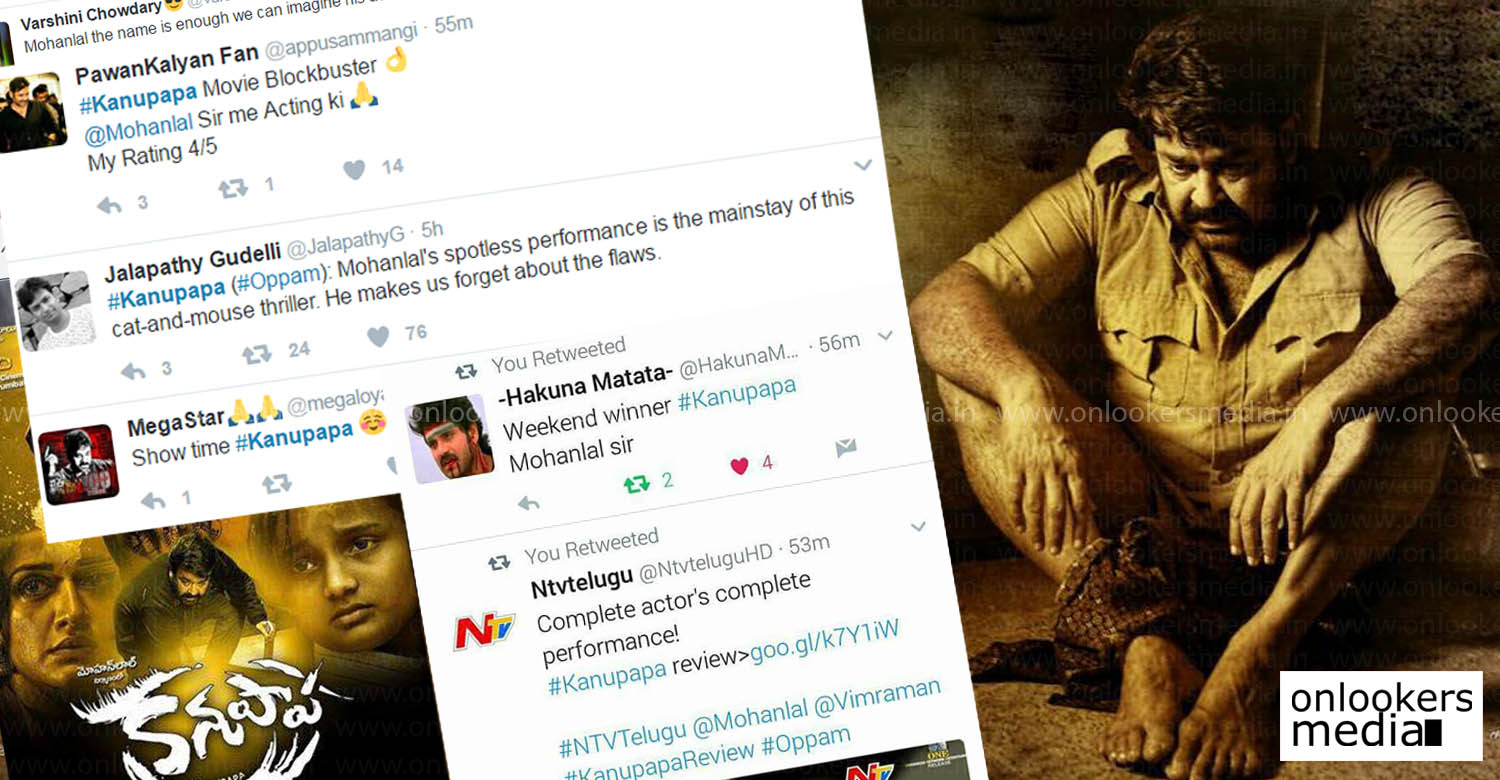 Kanupapa, the Telugu version of Mohanlal’s blockbuster movie Kanupapa was released today. This is Mohanlal’s fourth release in less than twelve months in Telugu. His previous three movies- Vismayam, Janatha Garage and Manyam Puli (Pulimurugan dubbed version) were all successful in the box office.

Kanupapa has opened to great reviews from both the critics and the Telugu audience. Social media is flooded with positive reviews for the movie. Mohanlal’s performance is getting massive appreciation from all the corners. Critics have written that Kanupapa’s clever screenplay and technical brilliance is something that is very rarely seen in Telugu industry.

Mohanlal currently enjoys great popularity in Telugu industry after the success of Janatha Garage and Manyam Puli. Last year he played the lead along with Telugu superstar Jr NTR in Janatha Garage. His restrained and subtle performance as Sathyam was highly praised. Riding on the success of Janatha Garage, the Telugu version of Pulimurugan titled as Manyam Puli was released on December 2. The movie got a tremendous opening and enjoyed a theatrical run of over 50 days.

Oppam was a superhit movie in Malayalam. It is currently the second highest grossing Malayalam movie after Pulimurugan. Mohanlal’s performance as the blind man Jayaraman and Priyadarshan’s skilled direction are the major highlights of the movie.

Tamil version of Oppam will be released soon. Mohanlal himself has dubbed for the Tamil verison.