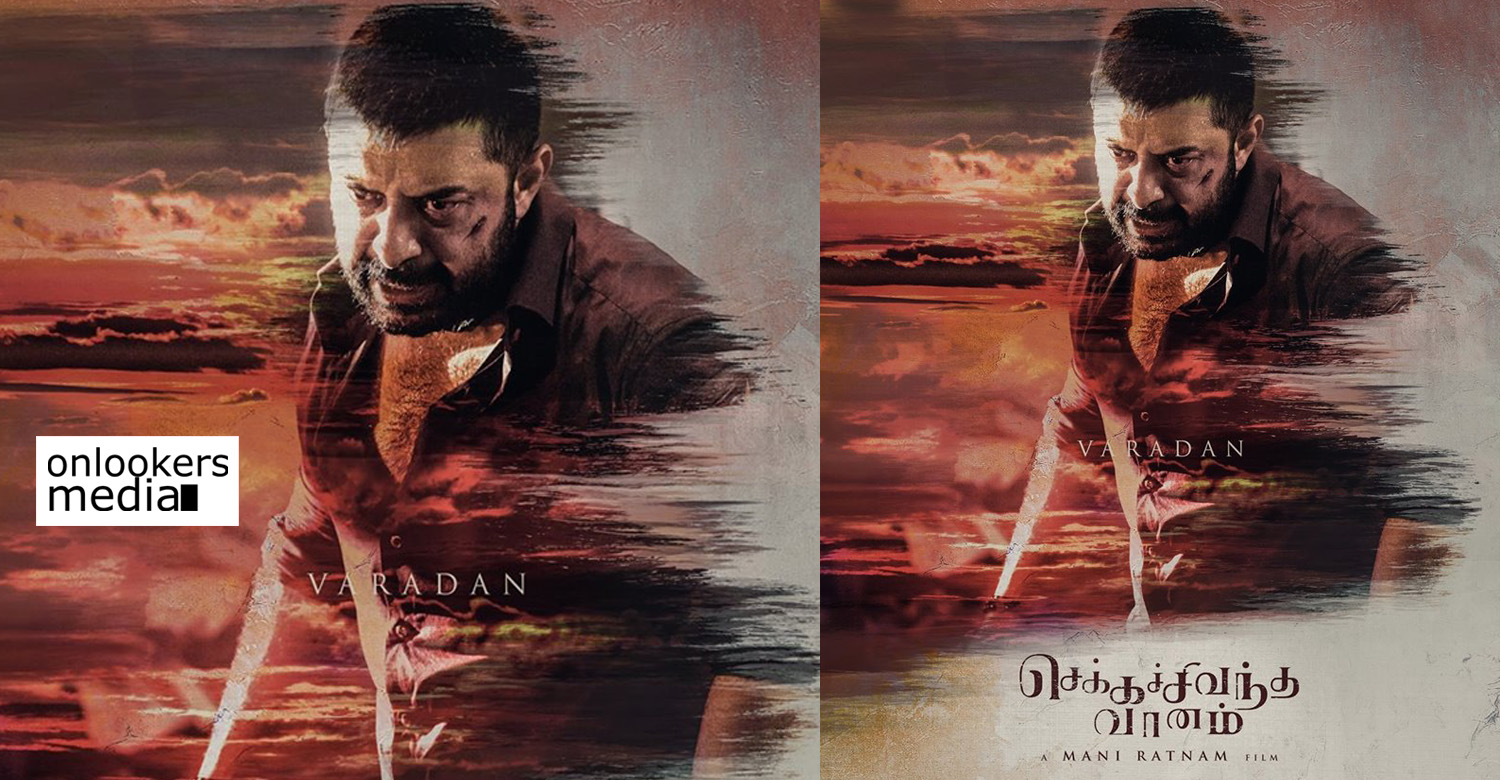 As informed earlier by the makers, the first character introduction poster from ‘Chekka Chivantha Vaanam’ (CCV) has been released. The poster features Arvind Swamy in an intense and fierce look. He plays the role of Varadan, who from the get-up looks like a thug. This Mani Ratnam directorial has a stellar star comprising of Arvind Swamy, Vijay Sethupathi, Simbu, Arun Vijay, Aditi Rao Hydari, Jyothika and Aishwarya Rajesh.

Character introduction posters of other actors are also expected to be unveiled shortly. Chekka Chivantha Vaanam is said to be a socio-political drama. Social drama has always been Mani Ratnam’s forte, as he has proven with films like Aayudha Ezhuthu (remade as Yuvaa in Hindi) and Kannathil Muthamittal.

Reportedly, CCV discusses about industrial pollution and the environmental hazards associated with it. The director gave hints of the same with an intriguing first look poster which had industrial chimneys in the background. The movie is also getting a Telugu version, which has been titled as Nawab.

Mani Ratnam has retained his regular set of technicians for this movie. Santhosh Sivan cranks the camera and Sreekar Prasad is handling the edits. Maestro AR Rahman is composing the music. Lyca Productions is producing the movie on a first copy basis along with Mani Ratnam’s home banner Madras Talkies. Recently, the makers had announced that the movie will hit screens worldwide on September 28. A grand audio launch is also being planned to be held on the first week of September.

From actors to spot boys, everyone has given their best for Odiyan: Shrikumar Menon
Prithviraj to play a police officer’s role in Lucifer!
To Top