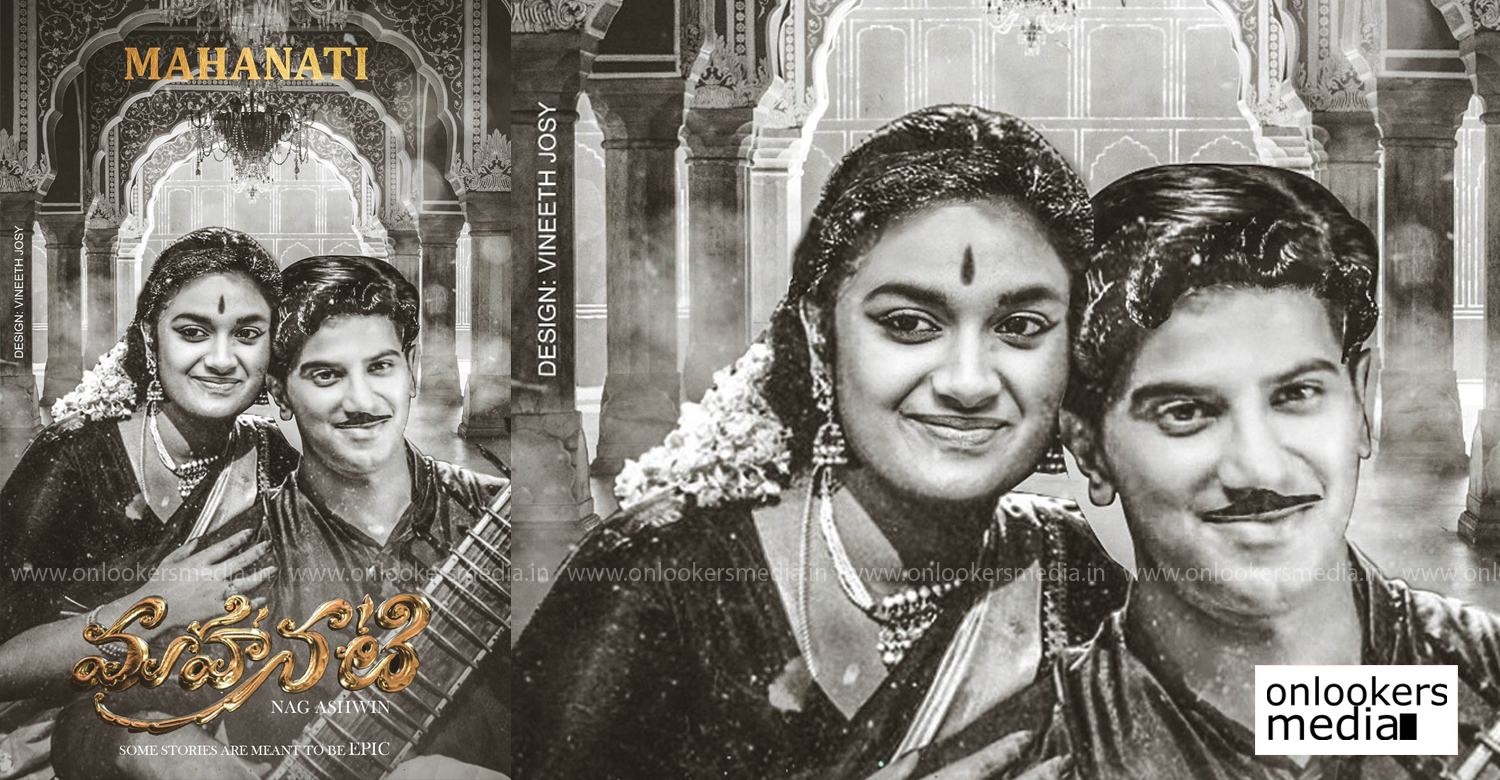 As we had earlier reported, Mahanati, the biopic on yesteryear actress Savithri, is nearing its final stages of shoot. Nag Ashwin is directing this movie which has Keerthy Suresh playing the legendary actress. Dulquer Salmaan, Samantha, Vijay Devarakonda, Naga Chaitanya, Rajendra Prasad, Mohan Babu, Shalini Pandey and Prakash Raj are also part of the cast.

Mahanati marks Dulquer’s debut in Telugu cinema. He is playing the late Gemini Ganesan’s role in the movie. Recently, a fan made still featuring Dulquer and Savithri have gone viral in social medias. Vineeth Joshy, presumably one of Dulquer’s fans has designed the photo. Both Keerthy and Dulquer look exactly like Savitri and Gemini Ganesan.

Samantha and Vijay Devarakonda play journalists in the movie. The story evolves as the two set out to piece together the story of Savithri’s life. Savithri was briefly married to Gemini Ganesan and the movie will show some lesser known deatils about their relationship. Dulquer is playing the different phases of Gemini Ganesan in the movie. For that he will be seen sporting multiple looks.

Naga Chaitanya is playing his grand father Akkineni Nageswara Rao (ANR) in the movie. The makers had initially planned to recreate ANR’s portions using CG. But, Naga Chaitanya has now come forward and has alloted two days out of his busy schedule for shoot. The makers are also in talks with Anushka Shetty for playing role of actress Bhanumathi.

Mahanati is being produced by Vyjayanthi Movies. The movie is being made simultaneously in Tamil as ‘Nadigayar Thilagam’. A dubbed version in Malayalam is also in the planning.