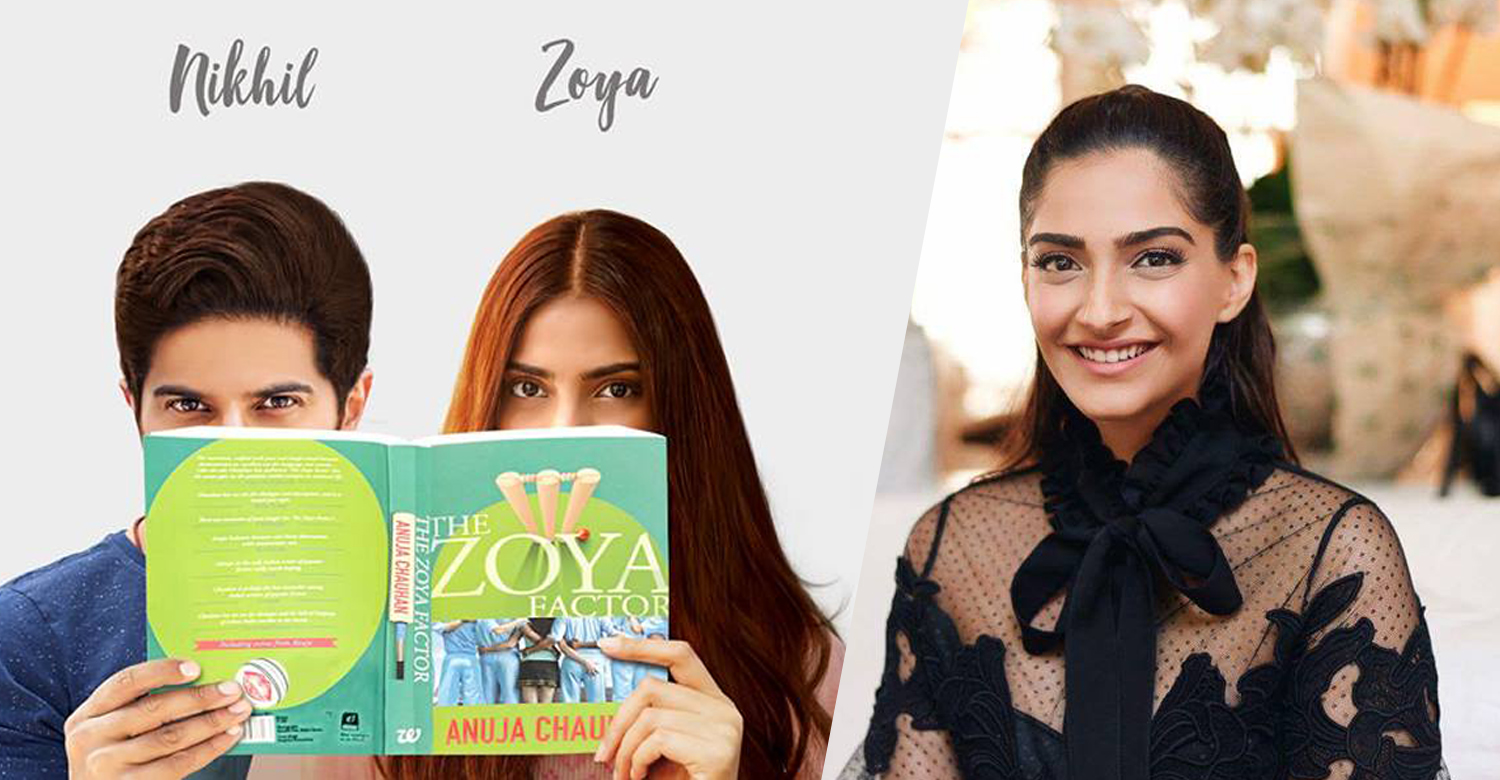 Dulquer Salmaan has been gradually trying to expand his wings outside Malayalam cinema. He is currently shooting for a Tamil film titled ‘Kannum Kannum Kollai Adithaal’. His Hindi debut ‘Karwaan’ is due for release in June and his Telugu film ‘Mahanati’ is slated to hit screens later this year.

Last day, the announcement of his second Hindi film ‘Zoya Factor’ was made through social medias. Dulquer and Sonam Kapoor are teaming up for the big screen adaptation of Anuja Chauhan’s 2008 best seller novel of the same name.

The novel is centred around Zoya Singh Solanki, a PR executive. Zoya was born on the exact moment when Indian cricket team had lifted the 1983 World Cup. She is considered as a lucky charm by the Indian team and media. While everyone consider her lucky, team’s captain Nikhil Khoda and Zoya are always at loggerheads. The former doesn’t believe in luck and relies on performance. Zoya keeps clashing with the Indian skipper, and what follows is a love-hate relationship.

Sonam Kapoor will be playing the role of Zoya while Dulquer Salmaan essyas captain Nikhil Khoda’s role. Reportedly, Dulquer is planning to take up basic coaching prior to shoot to play the cricketer’s role. The movie is all set to go on floors in August once Dulquer and Sonam Kapoor are done with their prior commitments.

Zoya Factor will be directed by Abhishek Sharma. Fox Star Studios and Adlabs Films are jointly funding the movie which is scheduled as an April release, next year.

Suriya 37: Suriya’s next with KV Anand is an action thriller!
Here’s Dulquer Salmaan and Keerthy Suresh from Mahanati
To Top