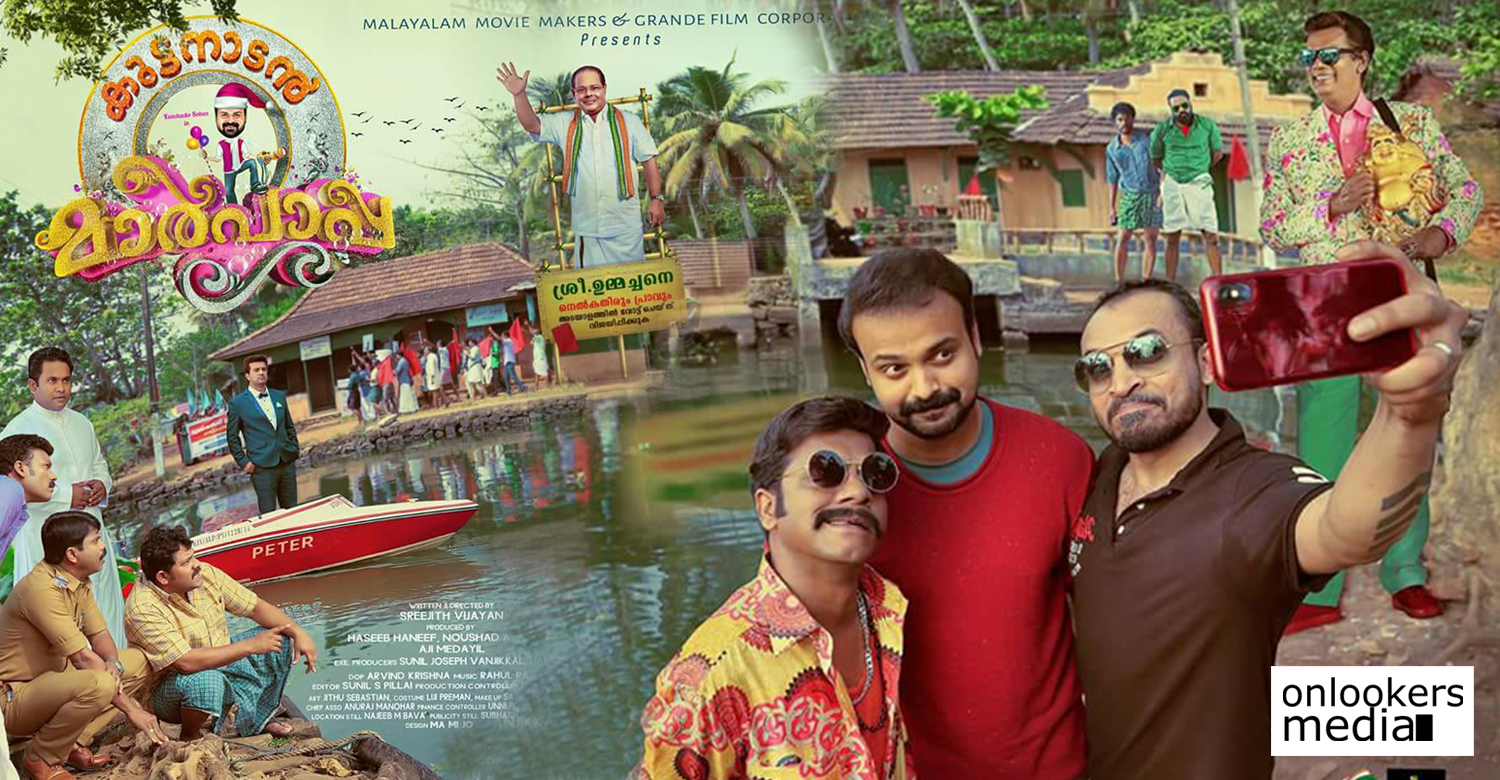 After the successful Shikkari Shambu, Kunchacko Boban is back with another fun entertainer in Kuttanadan Marpappa. Cinematographer Sreejith Vijay makes his directorial debut with this movie. Kunchacko Boban plays John, a photographer while Aditi Ravi of ‘Alamara’ and ‘Aadhi’ fame plays his romantic interest. Yesteryear actress Shanthi Krishna is playing a crucial role as Kunchacko Boban’s mother in the movie.

As per latest reports, the movie is gearing up for release on March 23. The summer vacation kick-starts by this time and the makers will be hoping to cash in on that. Since it is a fun filled entertainer, family audiences are expected to flock the theatres in good numbers.

Kuttanadan Marpappa has an all-fun gang comprising of Hareesh Kanaran, Ramesh Pisharody, Soubin Shahir, Dharamjan, Aju Varghese, Salim Kumar, Innocent and Tiny Tom as part of the supporting cast. With so many comedy actors on board, the movie promsies to be a laugh riot.

Kuttanadan Marpappa is jointly funded by Haseeb Haneef, Noushad Alathur and Aji Medayil. Arvind Krishna is the cinematographer and Rahul Raj is handling the music department. The movie will be presented under the banners of Malayalam Movie Makers and Grande Film Corporation.