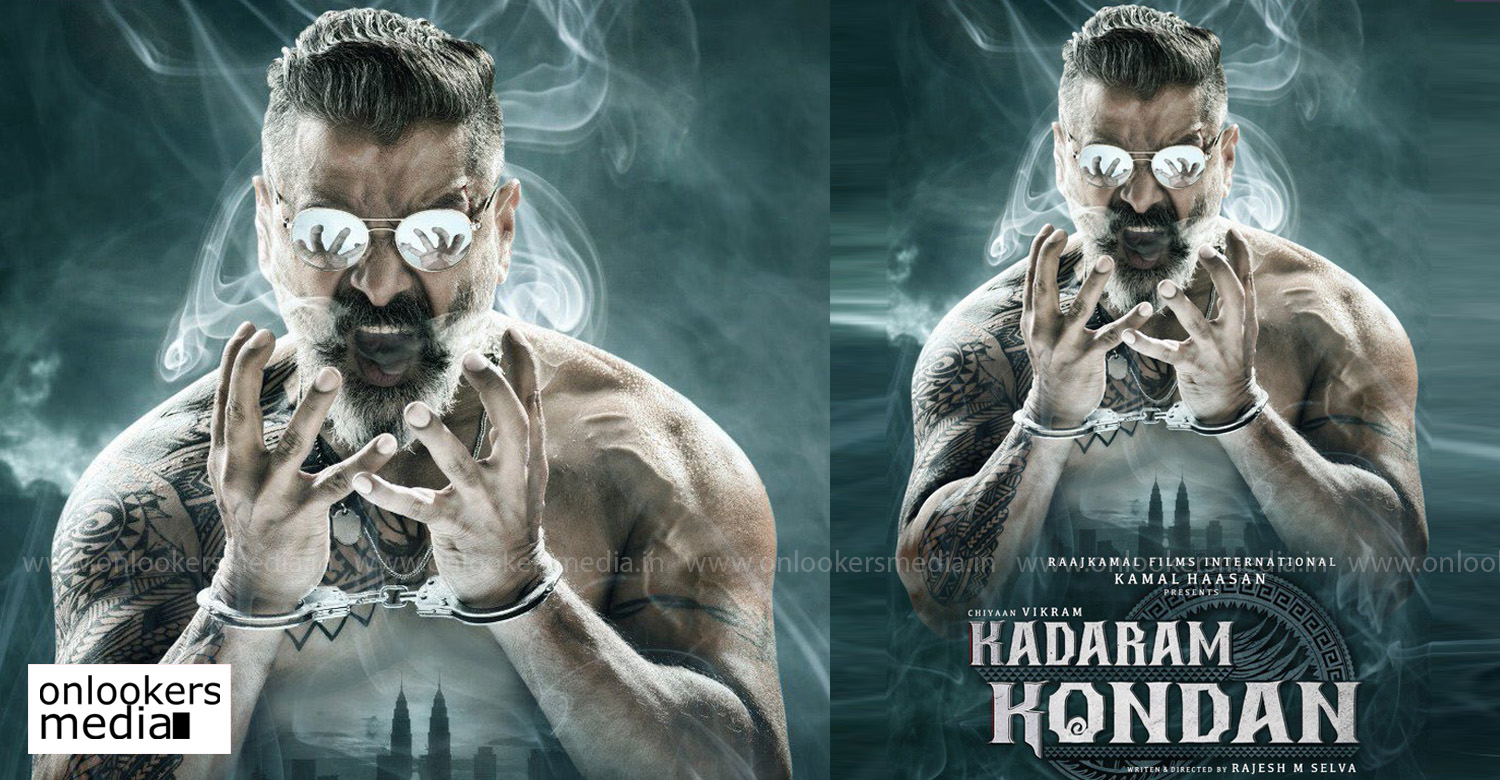 As informed earlier, the title and first look of Chiyaan Vikram’s new film was released today, on the occasion of Diwali. The movie has been titled as ‘Kadaram Kondan’ and the first look poster features a fierce looking Vikram, in an almost unrecognizable avatar. The actor who is well known for his physical transformations has beefed up his body again and sports a new look. Rajesh M Selva of ‘Thoongavanam’ fame is dirceting the movie. Ulaganayagan Kamal Haasan is producing it under his banner Raj Kamal International. Tridents Arts is also associated with the production. Kamal Haasan’s younger daughter Akshara Haasan is also playing a very crucial role in the movie.

‘Kadaram Kondan’ is touted to be an action thriller. It is being shot extensively in Malaysia. There are rumours about the movie being the remake of Hollywood thriller ‘Don’t Breathe’, but the makers are yet to confirm it. In the technical front, the movie has Srinivasa R Gutha wielding the camera and Ghibran as the music director.

9 is not just a sci-fi flick, it’s also an emotional thriller: Prithviraj
Suriya looks fierce in this new poster of NGK
To Top