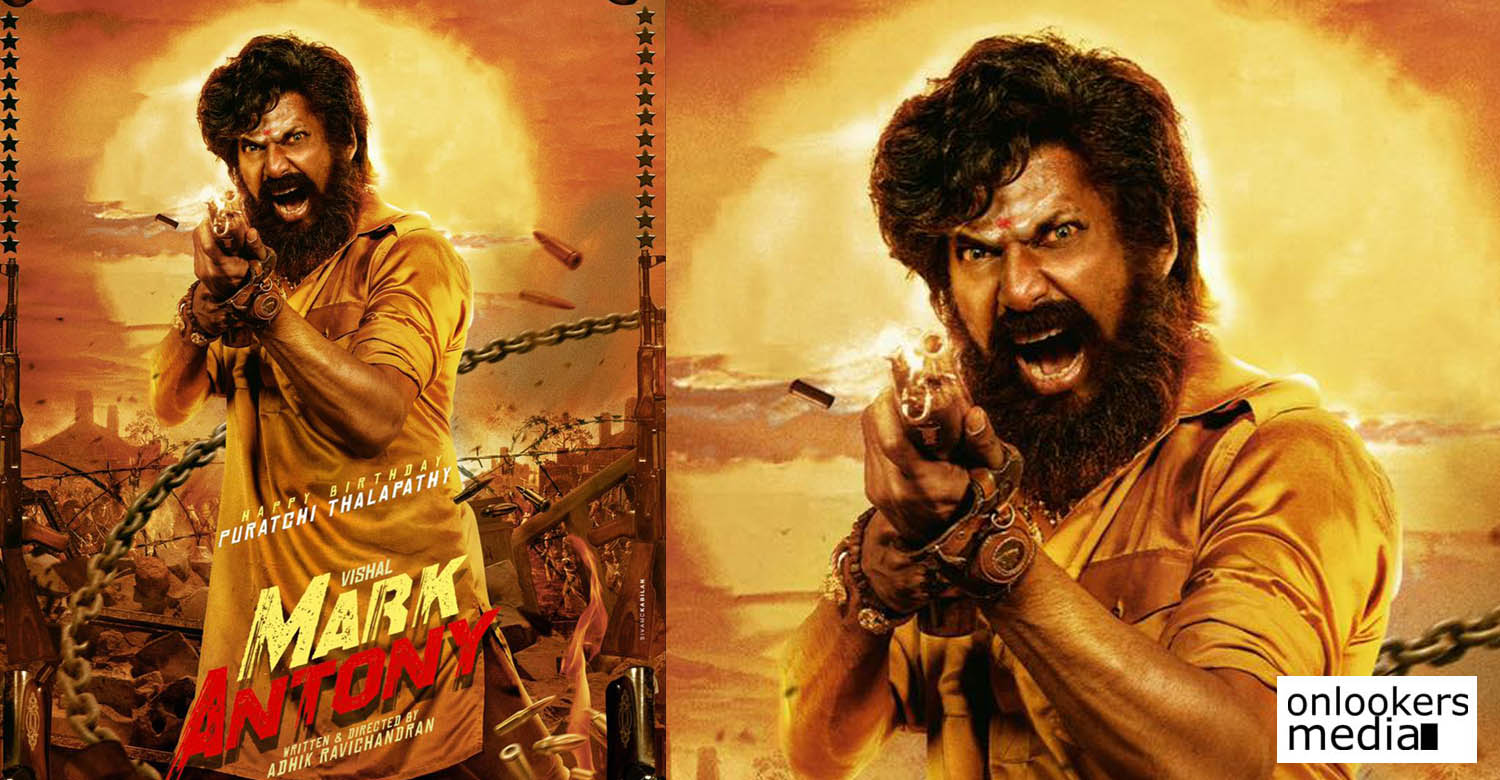 It is actor Vishal’s birthday today. On this occasion, the first look of his upcoming film ‘Mark Antony’ has been released. Directed by Adhik Ravichandran, the film is planned as a pan-Indian project that will be released in Tamil, Telugu, Malayalam, Kannada and Hindi. The first look features Vishal in a bearded look firing bullets. The backdrop also suggests a period setting.

Mark Antony’ stars SJ Suryah in a prominent role. RituVarma is the female lead. Produced by Mini Studio Vinod Kumar, the film has music scored by GV Prakash and cinematography by Abinandhan Ramanujam. Vishal next has ‘Laththi’ coming up Written and directed by A Vinoth Kumar, the film promises to be an action thriller. Vishal plays a constable’s role in it. Though the actor has done cop roles before, this promises to be something different. The actor had sustained multiple injuries while shooting for the film. It is set to release on September 15 in Tamil, Telugu, Kannada, Hindi and Malayalam.