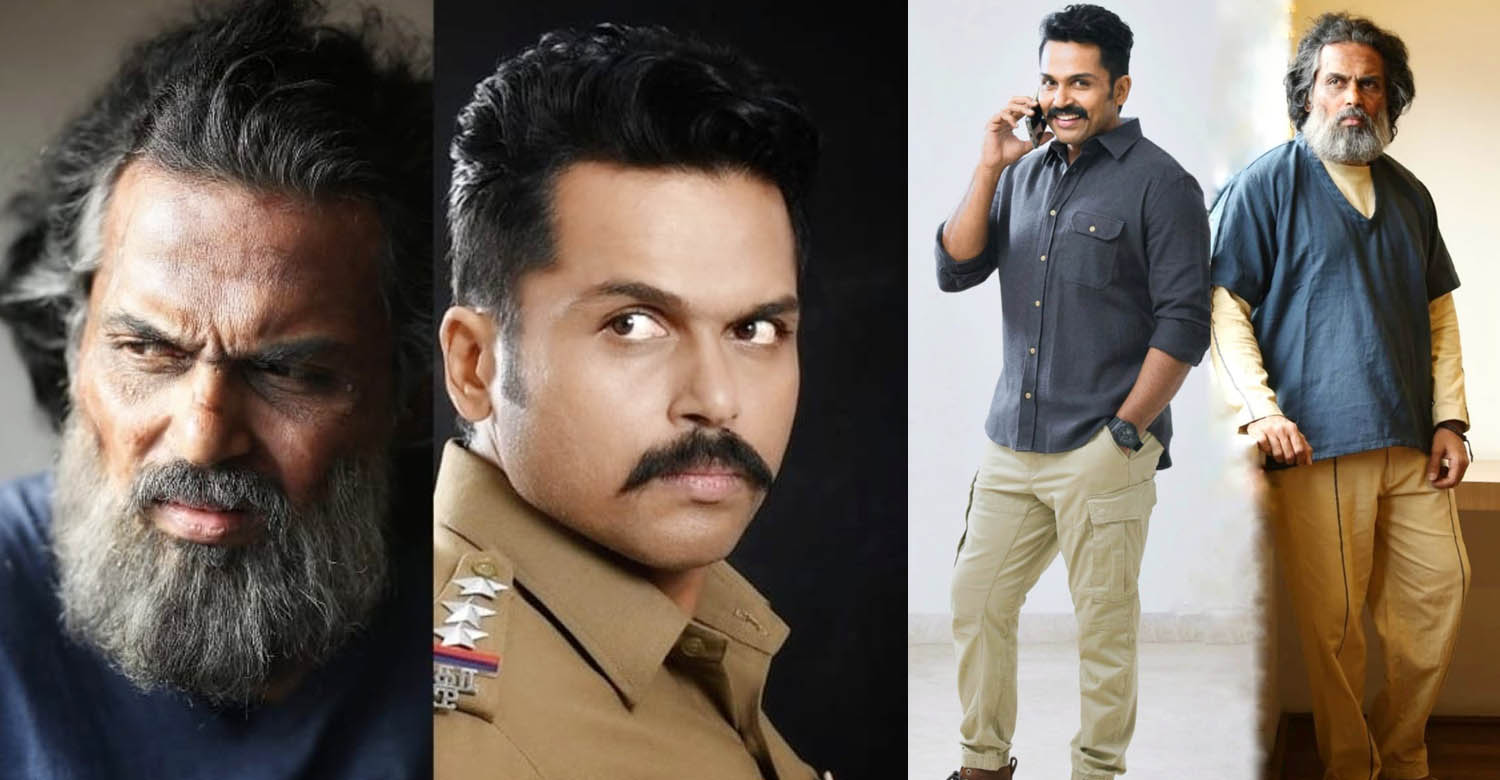 We had earlier reported about Karthi teaming up with ‘Irumbuthirai’ director PS Mithran for a new film titled ‘Sardar’. Karthi plays a dual role in the film. The makers have released a couple of stills featuring the actor in two different looks. While one has him in a cop’s getup, he sports old man’s look for the other character. This is the second time after ‘Siruthai’ that Karthi is playing a dual role.

‘Sardar’ has Malayali actress Rajisha Vijayan and Raashi Khanna as the female leads. This is Rajisha’s third Tamil film after ‘Karnan’ and ‘Jai Bhim’. Bollywood actor Chunky Pandey will be seen as the antagonist in ‘Sardar’. Simran, Murali Sharma, Ilavarasu, Munishkanth and many others are part of the cast. On the technical front, GV Prakash is the music director and cinematography is by George C Williams. Editor Ruben, stunt choreographer Dilip Subbarayan and art director Kadhir are also part of the team. ‘Sardar’ is being produced by Lakshman Kumar under the banner of Prince Pictures.