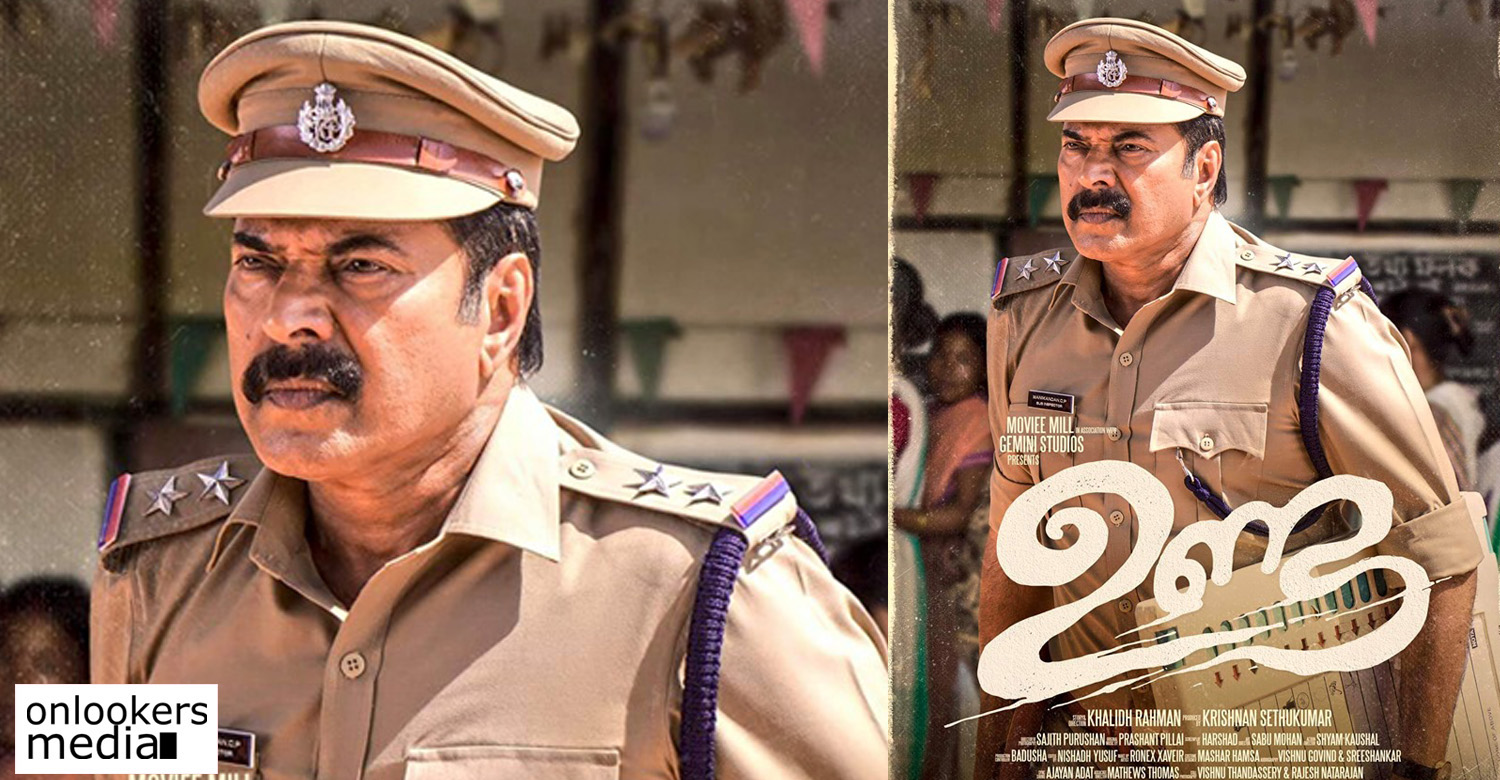 Mammootty’s much awaited ‘Unda’ is getting ready to hit screens this Eid. As informed earlier, the character poster featuring Mammootty has been released online. The movie directed by Khalidh Rahman of ‘Anuraga Karikkin Vellam’ fame is said to be an action-comedy thriller.

The movie’s story revolves around a set of events that occur when this unit of policemen from Kerala reach the Maosit areas in Chhattisgarh for election duty. Director Khalid Rahman has penned the story and screenplay is by Harshad. Mammootty’s look from Unda to be revealed today
Jayasurya’s next titled Thisssur Pooram; Here’s the first look
To Top