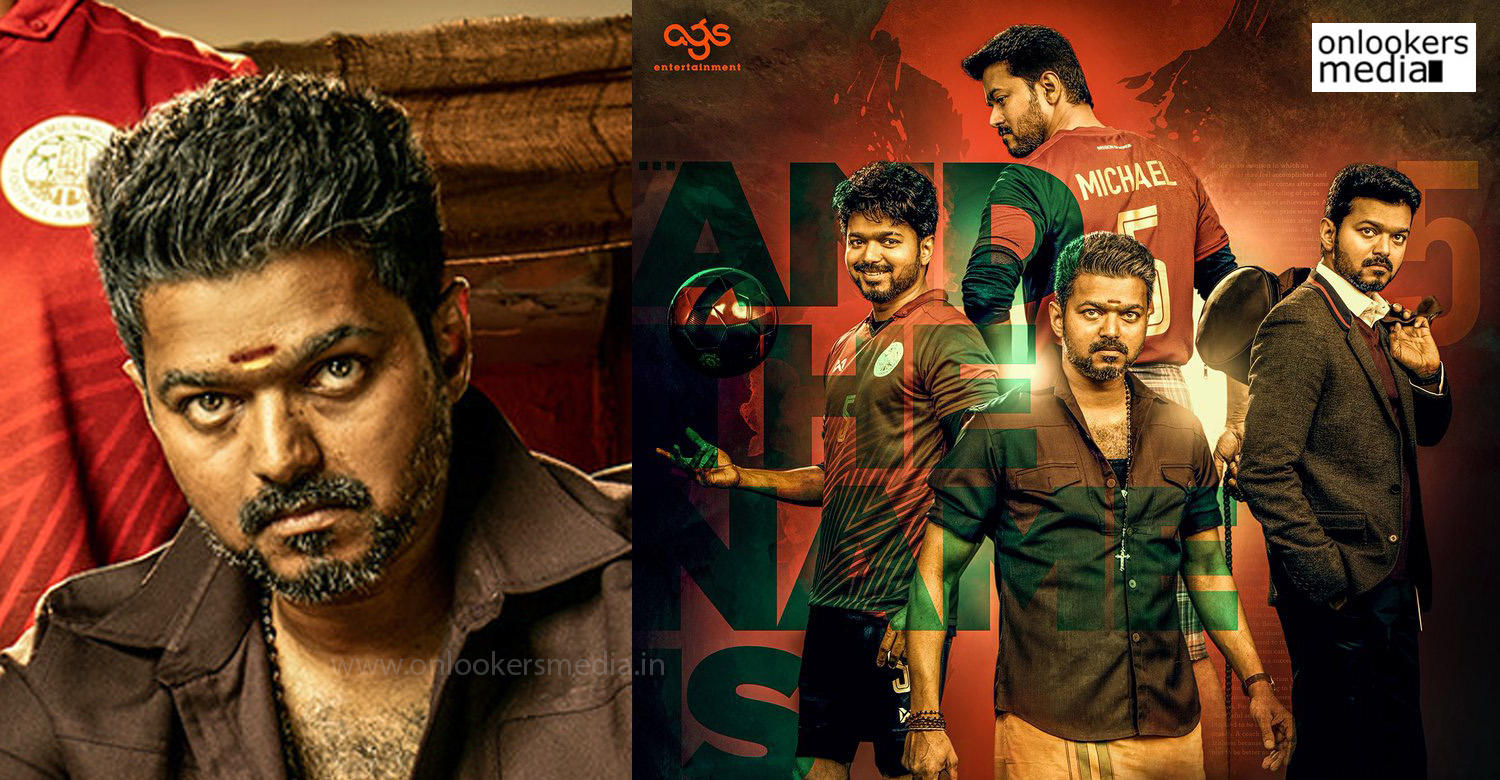 As informed earlier, exactly at the stroke of 12 AM, the second look poster of Vijay’s new film ‘Bigil’ has been unveiled. The star is celebrating his birthday today (June 22), so the posters have been unveiled as a special treat for his fans worldwide.

‘Bigil’ is directed by Atlee, who is reuniting with Vijay after the blockbuster success of ‘Theri’ and ‘Mersal’. Unlike their earlier films, that were regular mass entertainers, this one is a sports based flick centred around woman’s football. As per the makers, ‘Bigil’ is a mass commercial tale that touches upon football, politics in sports, friendship and emotions.

Vijay plays a dual role in the movie, as a elderly gangster and a football player. Nayanthara is paired with Vijay in the movie. Induja, Varsha Bollamma and Reba Monica John will be seen in prominent roles as players of his football team. Veteran Bollywood actor Jackie Shroff, Kathir, Yogi Babu, Vivek, Daniel Balaji, Anand Raj and many others are also part of the supporting cast.

Academy award winner AR Rahman has score music for the movie and cinematography is by ‘Mersal’ fame GK Vishnu. AGS Entertainment is producing the movie, which is scheduled for a grand Diwali release in October.