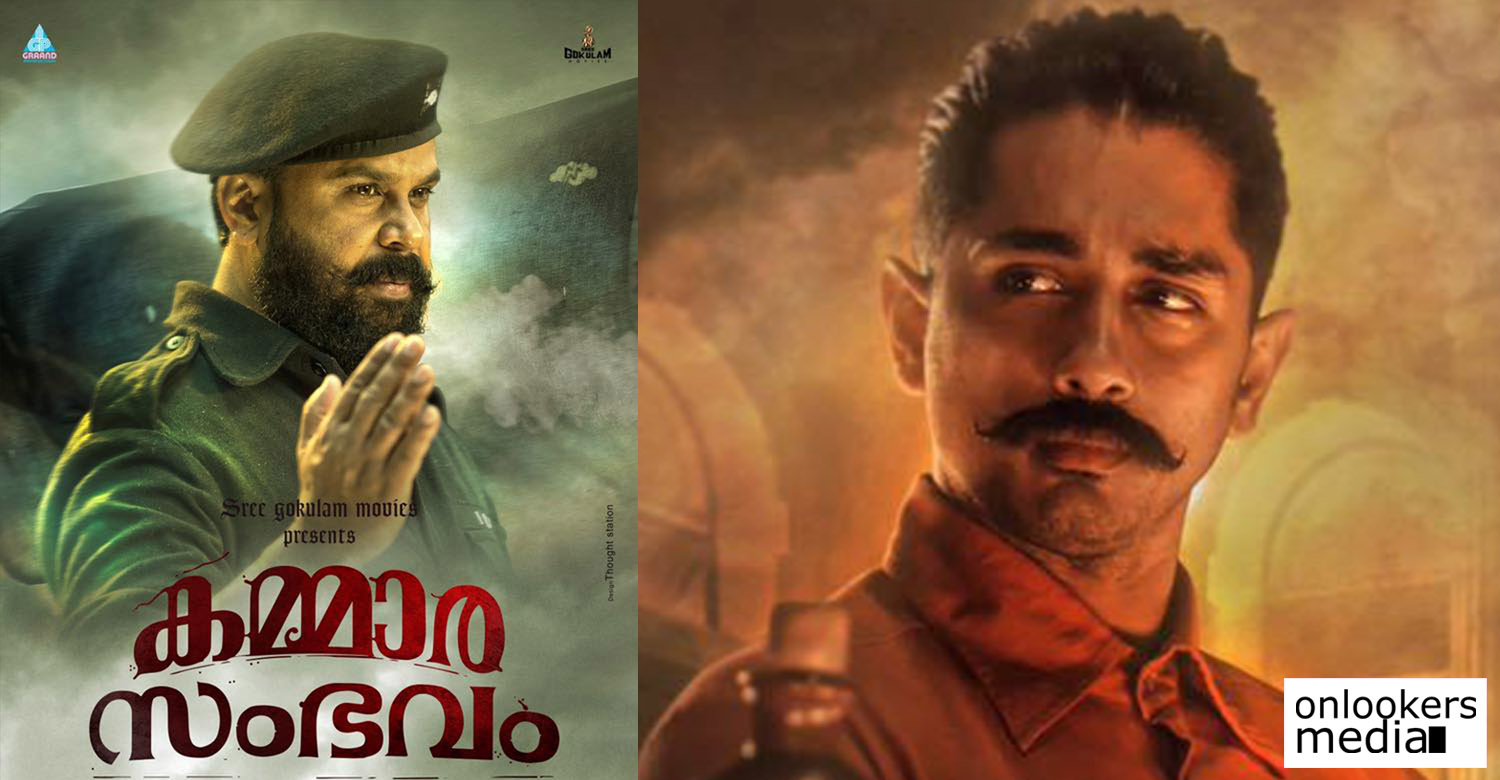 Kammara Sambhavam is one of the most awaited Malayalam movies of this year. Dileep and popular South Indian actor Siddharth are playing the lead roles in this movie scripted by the multi-talented Murali Gopy. It marks the directorial debut of ad filmmaker Rathish Ambat. As informed last day, the makers have new poster from the movie. This new poster introduces Othenan Nambiar, the character played by Siddharth. Kammara Sambhavam is an epic film set in three different timelines. Apart from scripting, Murali Gopy is also playing a prominent role in it. Shoot for the movie is nearing completion and is slated for a Vishu release in April. Siddharth is making his maiden appearance in Malayalam with this movie. He is best known for his performance in films like Rang De Basanti, Aayutha Ezhuthu, Kaaviya Thalaivan and Jigarthanda to name a few.