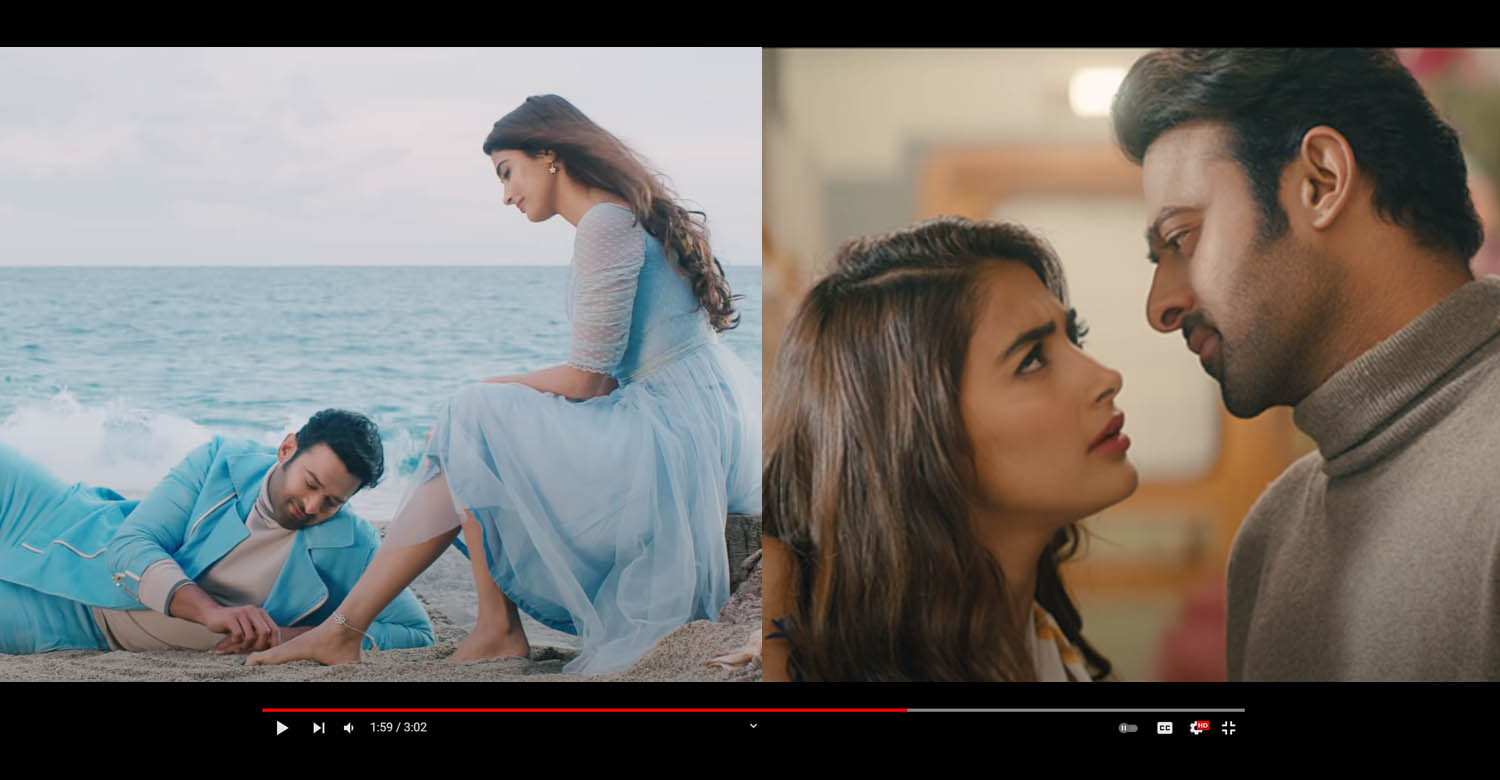 The makers of Prabhas-Pooja Hegde starrer ‘Radhe Shyam’ have released the trailer online. It is a visually stunning trailer with rich and colorful visuals. The film directed by Radha Krishna Kumar is said to be a period love story set in an European backdrop. Manoj Paramahmsa is the cinematographer of this fairytale like film.

Prabhas plays Vikramaditya, who is introduced as ‘the Einstein of palmistry’. He is someone who can tell a person’s life story from birth. He is someone who had rightly predicted the Indian Emergency. Even a character who looks like the then Prime Minister Indira Gandhi is seen showing her palm to him.

‘Radhe Shyam’ is set to have a worldwide theatrical release on January 14, 2022.