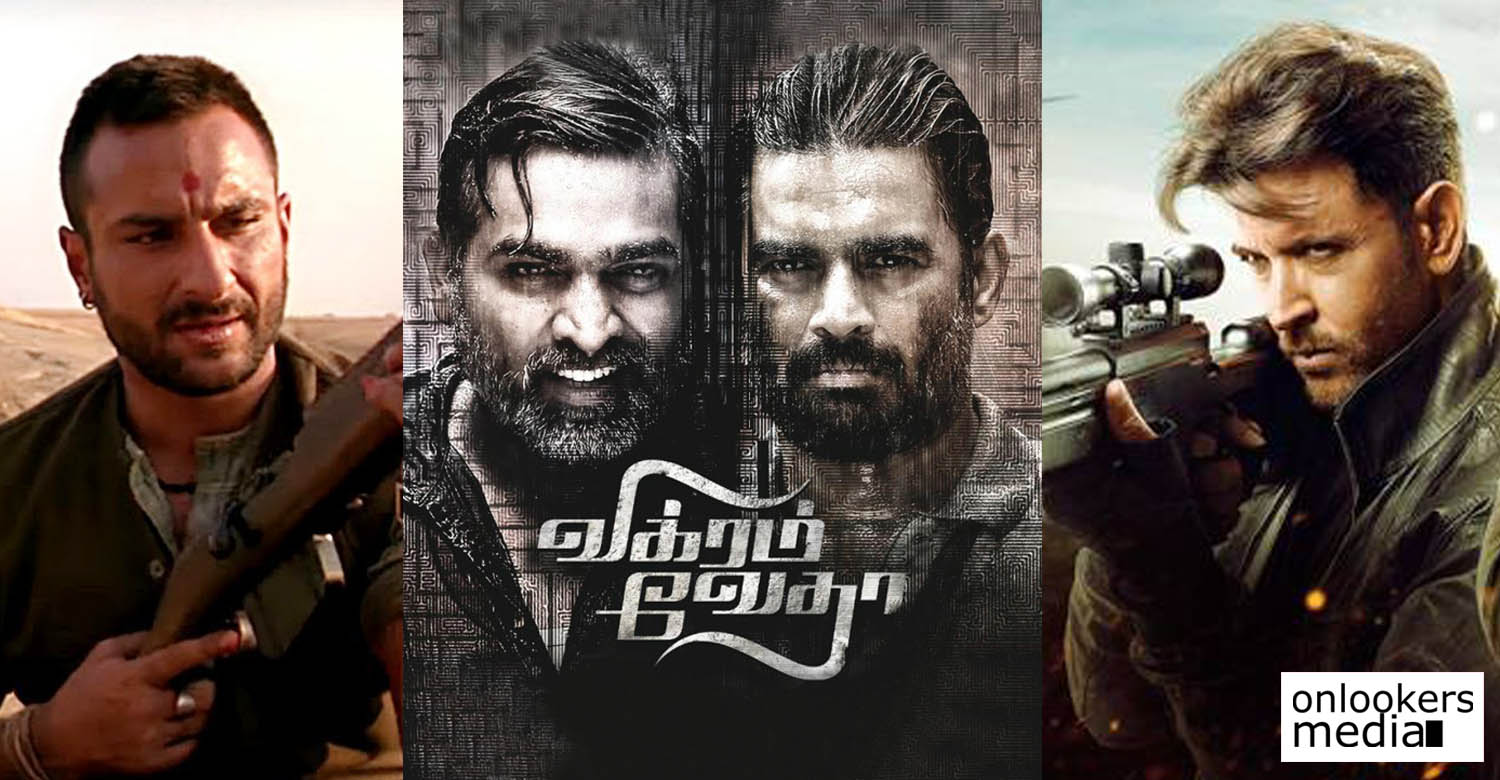 As per trustworthy reports, Hrithik Roshan and Saif Ali Khan will be starring in the Hindi remake of the 2017 Tamil superhit film ‘Vikram Vedha’. Though actors like Aamir Khan and Shah Rukh Khan were rumoured to be part of the film, it has now been confirmed that Hrithik and Saif will be playing the leads. The husband and wife duo of Gayathri and Pushkar, who directed ‘Vikram Vedha’, will be helming the remake as well.

The original version had R Madhavan and Vijay Sethupathi as the central characters. While Madhavan played a forthright cop’s role, Vijay Sethupathi essayed the part of a grey-shaded gangster. In the Hindi version, Hrithik will play the gangster role while Saif essays the cop’s part.

The Hindi version of ‘Vikram Vedha’ is produced by popular filmmaker Neeraj Pandey. The film is expected to go on floors soon.