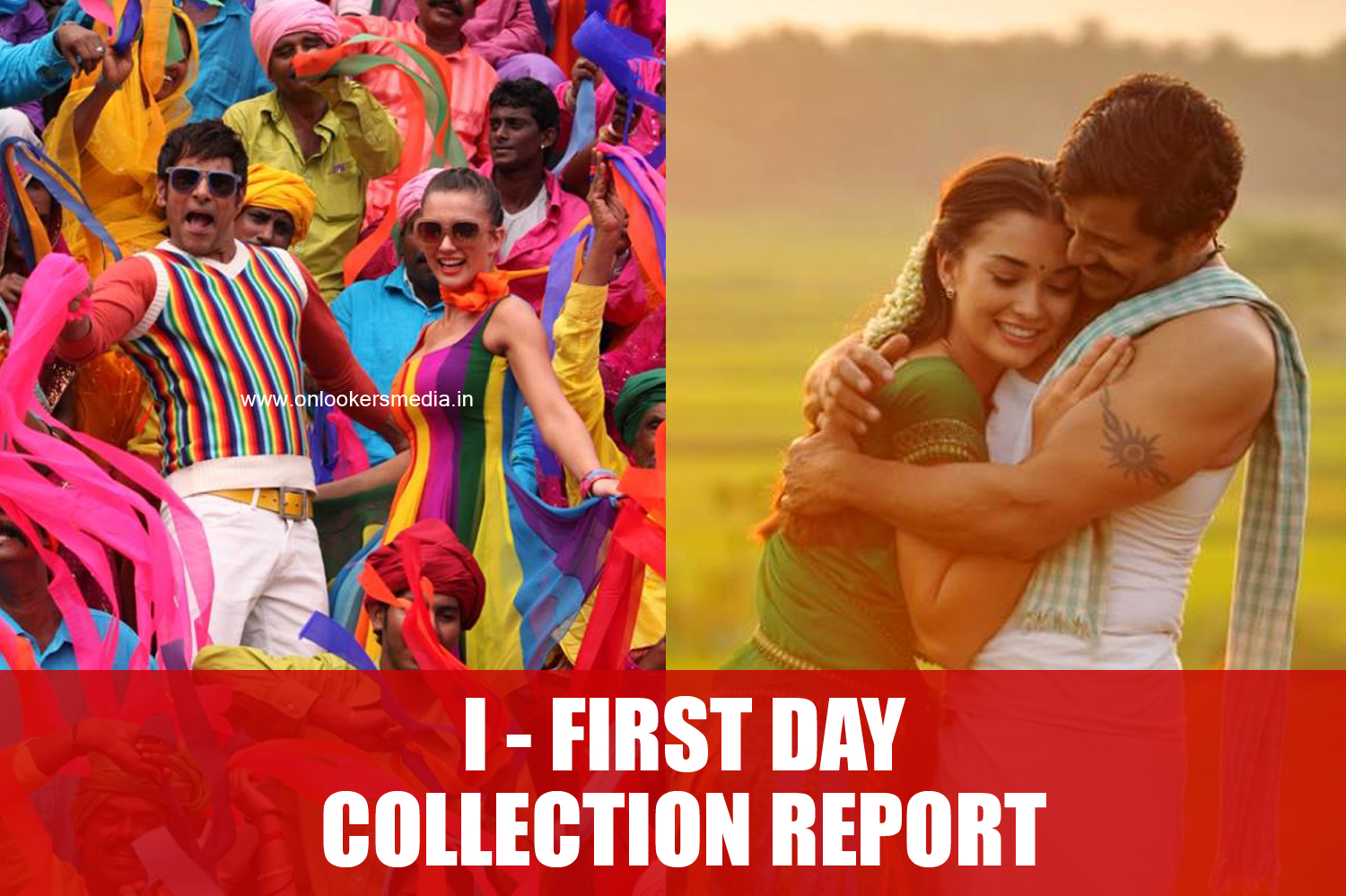 RIP Box-Office records, I has begun its Hunt

It was happened as expected. The box-office record in Indian cinema is on the way to get destroyed by the Tamil cinema I, which got released on the Pongal day, January 14th, 2015. ‘I’ Had got the biggest release an Indian film has ever got in history. In India alone it had 4500 screens and outside India it had 400 screens to its credit. The film is expected to be one of the biggest hit Indian film industry has ever seen and from the first day collections itself, we can assume that the film has begun its journey to destroy all box office records that is existing.

The film had reportedly collected above 40 crore in its opening day and it is a record in Indian film industry. The film had opened to positive as well as negative opinions alike. That may pull down the film from being the biggest hit ever in Indian film industry overtaking Aamir khan’s Pk which has already surpassed 600 crores worldwide and still going strong at box office. But I will surely be one of the biggest hit of 2015 in Indian cinema and also will rewrite the history of Kollywood Box office very soon.

The main reasons of this success was the Popularity of Shankar films, his combination with Vikram and Vikram’s unbelievable performance, the gigantic promotion works and the hell of a lot hype which it created. And also the timing of its release is another reason for this stupendous opening day collections which is as expected came in between 40to 45 crores. It really stands up to the expectation as gross collection is concerned even though not fully lived up to the expectation of the audience about its story and the pre-release hype it created.

The film is still doing good at the domestic market and also very well at the overseas market in its second day. The second day collection also expected to touch the 40 crore mark and it may well be the fastest film in Indian cinema which will touch the 100 crore mark. The holidays are making things very easy for the film and it will create wonder if it goes like this way.

Will Pranav Mohanlal be on the silver screen in 2015..?
I movie’s pirated print on internet already
To Top