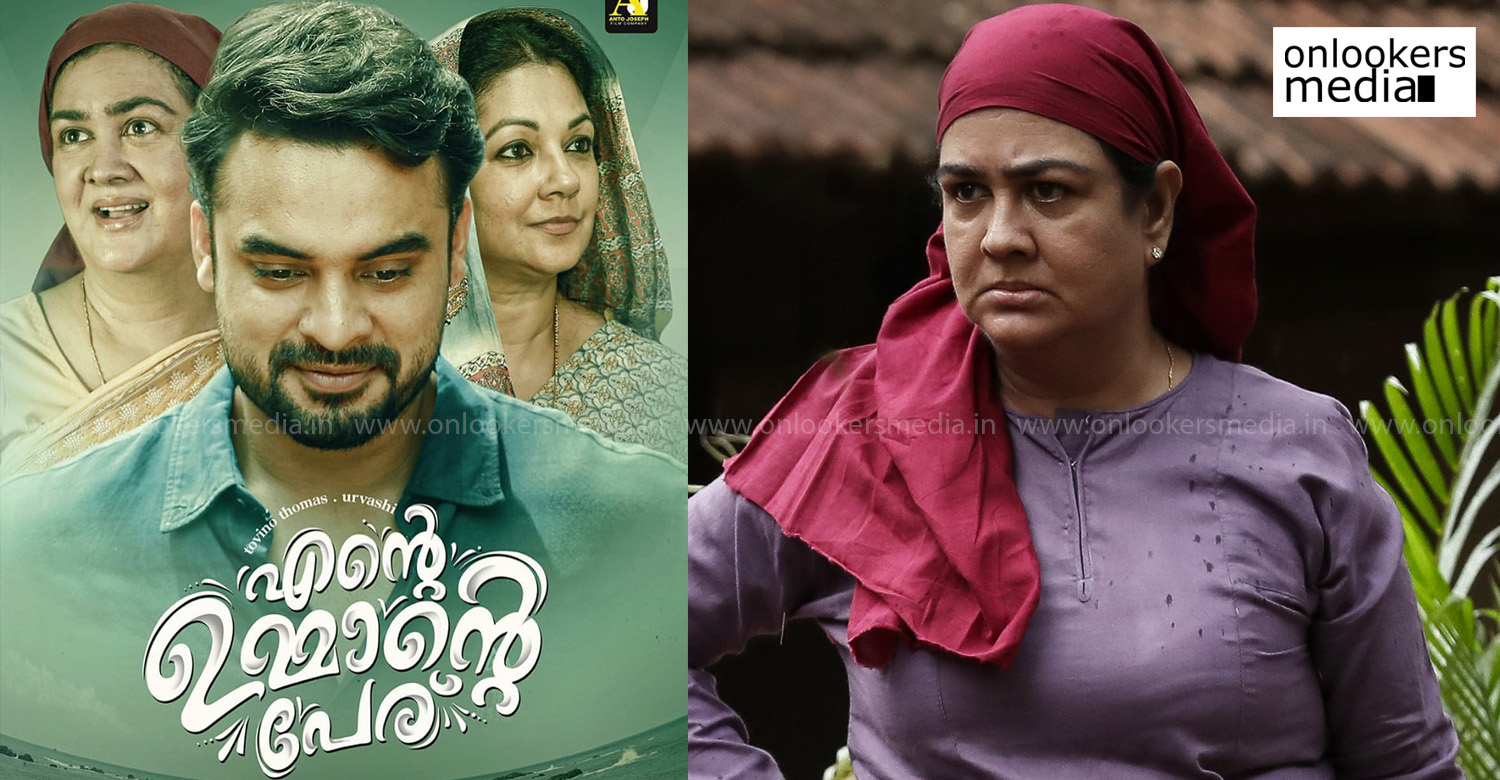 Debutant director Jose Sebastian’s ‘Ente Ummante Peru’ is all set to hit screens tomorrow (December 21). The movie has Tovino Thomas and veteran actress Urvashi in the lead roles. As the title suggests, the movie traces a beautiful relationship between a mother and her son. Urvashi, who is making a comeback to Malayalam after a brief gap is very confident that the movie would strike a chord with the family audiences.

In a recent interview, Urvashi sounded very hopeful about the film. She committed for the project four years back but it didn’t materialize then due to various reasons. According to her, movies with stories about family relationships will always have takers. After playing the ‘umma’ character in this film, Urvashi wished that she had a mother like that. Her on-screen chemistry with Tovino will be refreshing as this is their first film together.

In the interview, Urvashi added that she did not have to try hard for the dialogues as it was a very organic process. She also lauded her co-star Tovino, who she thinks has excellent humour sense. The veteran firmly believes that this will be one of the best films in Tovino’s career.

Director Jose Sebastian has co-scripted ‘Ente Ummante Peru’ with Sarath R Nair. The narrative follows the journey of Tovino’s character Hameed, who is on the look out for his mother, whom he has never seen in his entire life. Though the subject is very emotional in nature, it is told in a very enjoyable manner. The movie also stars newcomer Saipriya, Shanthi Krishna, Dileesh Pothan, Hareesh Kanaran, Siddique and Mammukoya.