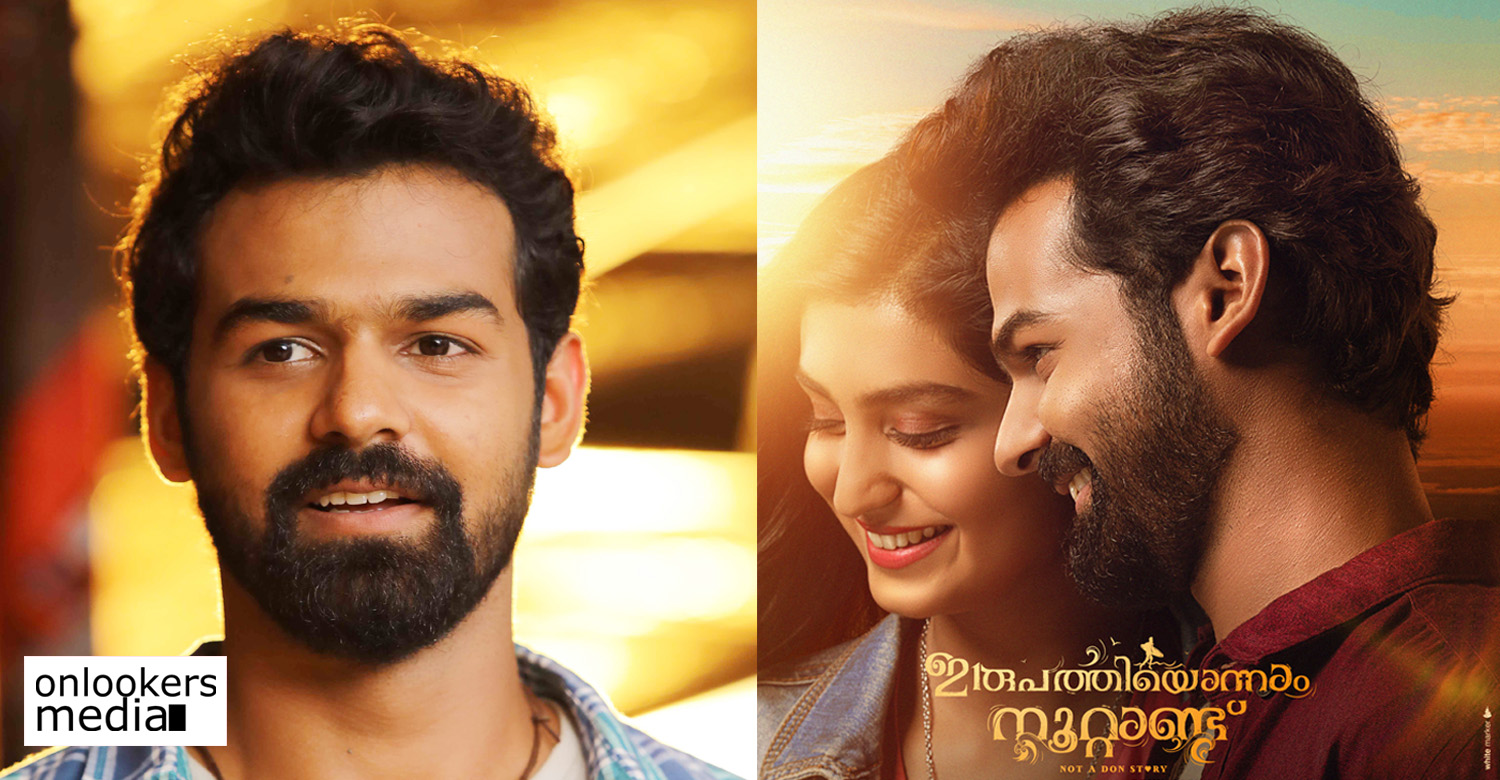 Pranav Mohanlal starrer ‘Irupathiyonnaam Noottaandu’ is one of the most hyped movies of the first quarter of the year. Amidst high expectations, the movie is hitting screens tomorrow (January 26). Arun Gopy is directing the movie, which is touted to be a breezy love story with a tinge of action and adventure. Both Pranav and Arun Gopy started their career successfully with ‘Aadhi’ and ‘Ramaleela’; so much is expected from the combo.

‘Irupathiyonnaam Noottaandu’ has Pranav and debutante Zaya David playing the lead roles. Pranav plays a surfing instructor in the movie and fans are eagerly waiting for those portions. Also the stunts choreographed by Peter Hein is a major highlight of the movie. The trailer had glimpses of the same.

Tomichan Mulakupadam is producing the movie which is all set for a wide release tomorrow. The movie is also having a simultaneous UAE release.