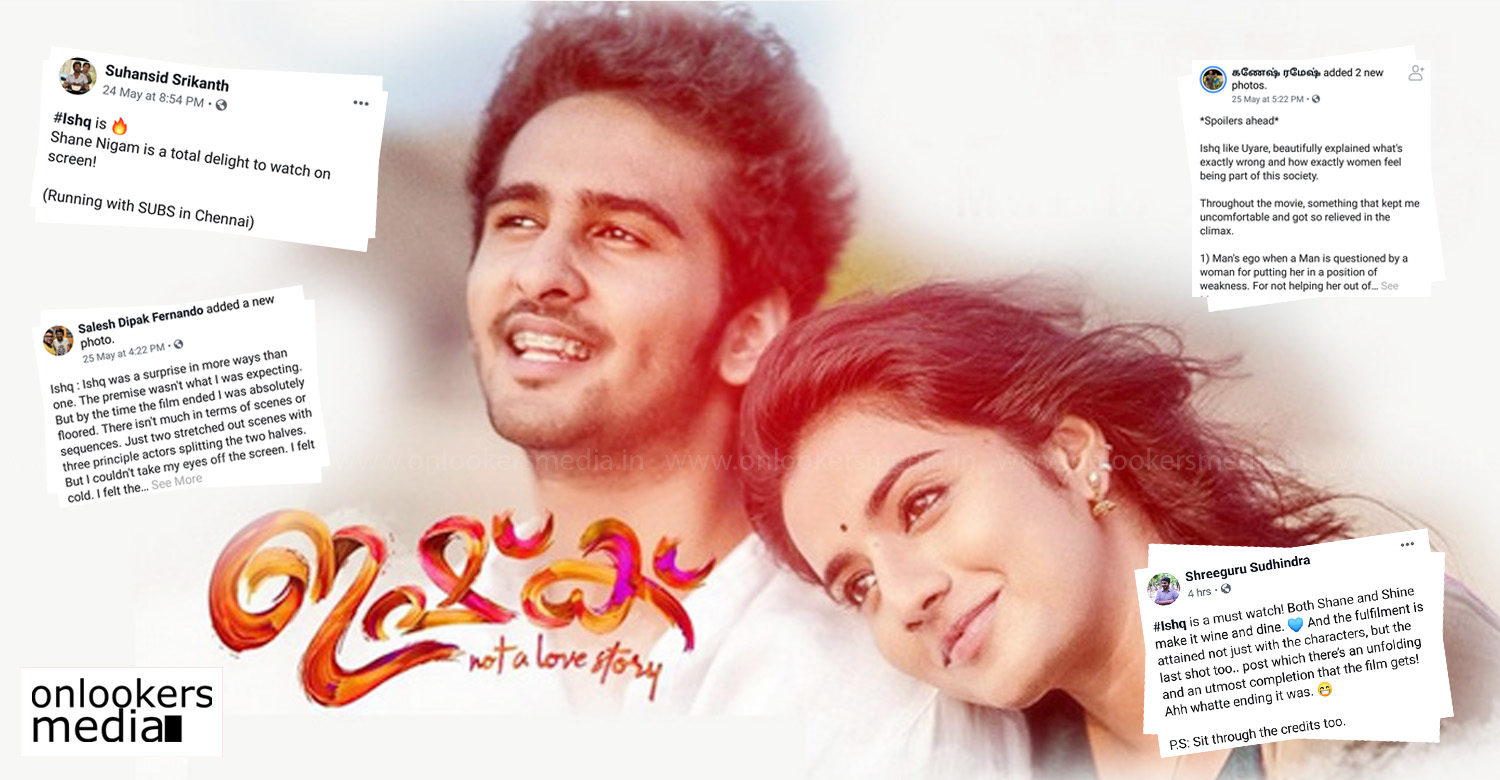 Shane Nigam starrer ‘Ishq’ continues to do well in the Kerala box office. Meanwhile, the movie hit screens outside the state last Friday (May 24). It has opened to highly positive response from the non-Malayali cinephiles, especially among the passionate Tamil audience. Along with the performance of the lead actors, the progressive and relevant politics discussed in the movie is getting widely praised.

‘Ishq’, which comes with the tag line ‘not a love story’, actually throws light on the moral policing in the society and the deep-rooted misogyny among seemingly progressive people. The makers have taken a conscious effort to steer clear of the glorified revenge sagas that the Malayali audience are used to saying, and with its refreshingly unique ending, the movie has paved way for several quality discussions in social media platforms.

‘Ishq’ is already rated by many as one of the most relevant Malayalam films in today’s times. It is produced by Mukesh R Mehta, AV Anoop and CV Sarathy under the banner of E4 Entertainment.

Check out this new action packed poster of Saaho
Veteran actor Jayaram set to turn a director!
To Top