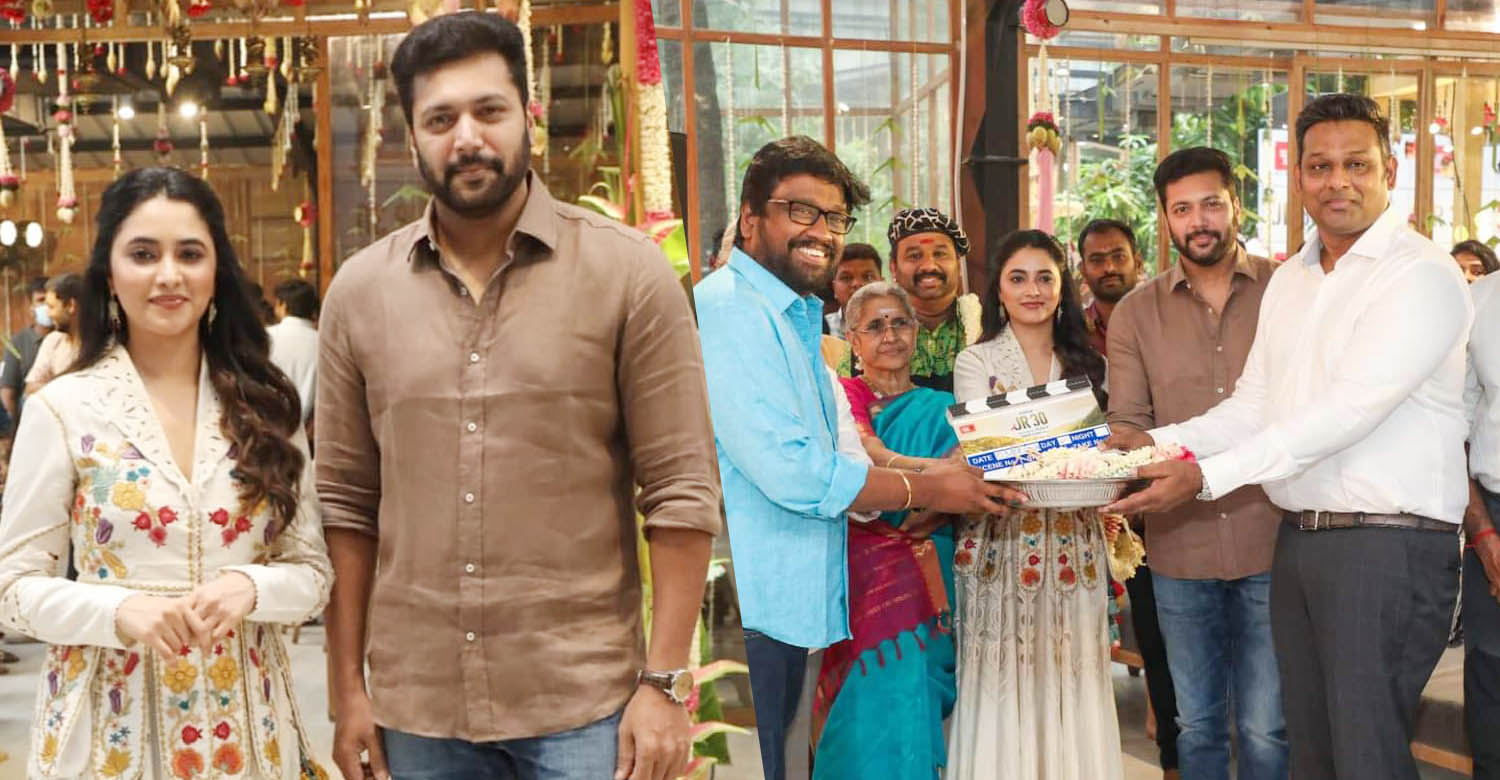 Jayam Ravi’s 30th film went on floors recently with a customary pooja ceremony. The film will be directed by M Rajesh. Priyanka Arul Mohan, noted for her roles in ‘Doctor’, ‘Don’ and ‘Etharkkum Thunindhavan’, has been signed as the female lead.

‘JR 30’ (tentative title) promises to be a fun-filled entertainer. Cinematographer-turned-actor Natarajan Subramaniam aka Natty, Rao Ramesh and VTV Ganesh have been cast in prominent roles. Harris Jayaraj, a regular in director Rajesh’s films, has been retained as the music director. The film is produced by Screen Scene Media Entertainment Pvt Ltd.

Jayam Ravi meanwhile has the biggest film of his career ‘Ponniyin Selvan: I’ gearing up for release. He plays the titular role of Arulmozhivarman in the Mani Ratnam directorial. Apart from that, the actor also has ‘Agilan’ with N Kalyana Krishnan and ‘Iraivan’ with Ahmed lined up.