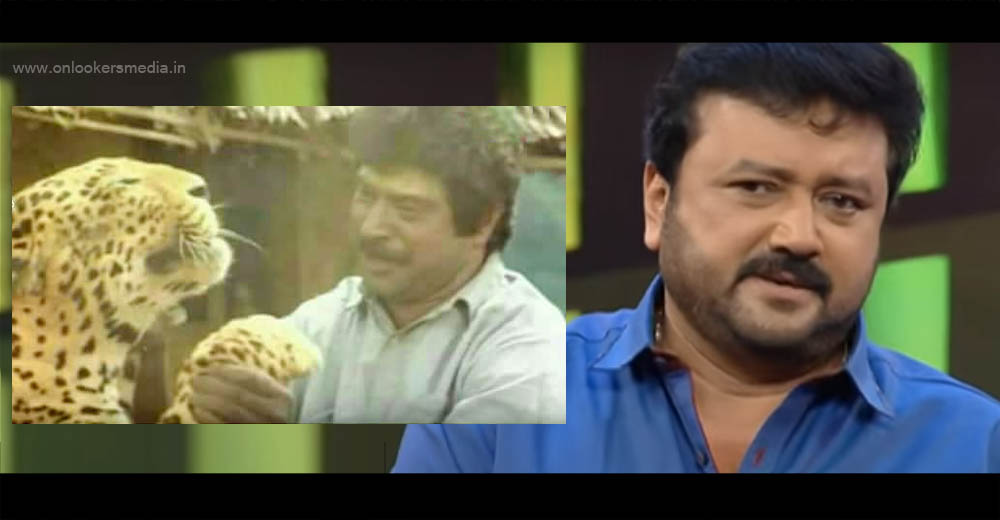 Mrugaya directed by IV Sasi had Mammootty playing the role of a hunter who is hired by villagers to kill a man eating leopard. The movie is rated as a cult classic and was a commercial success as well. Mammootty won the Kerala State Best Actor Award for his performance as Varunni.

IV Sasi in a recent interview has said that Mammootty acted in Mrugaya without using any dupes. There were many risky scenes involved like the climax fight with the animal in the movie. Back then there was no Visual effects or computer graphics available, so all the stunts had to performed in real.

A section of fans claim that Mammootty has used dupes in the movie and that the director’s statements are false. Soon trolls and memes started surfacing all over the social media pages.

A few months back, Jayaram in a comedy programme in Mazhavil Manorama shared a story about Mrugaya. The actor said Mammootty was very nervous about shooting with a wild animal.

When Mammootty first visited the shooting sets of Mrugaya, the animal did not follow the trainer’s instructions and killed a goat used for shooting. Seeing this Mammootty decided to walk out of the project but was later convinced by the director and the trainer about his safety.

Apparently netizens are using this video as a proof to claim that Mammootty indeed used dupes in the movie. But the truth is anybody who first comes face to face with a wild animal will have apprehensions about their safety.

IV Sasi in his interview has also said that, even though Mammootty had fears in the beginning stages, gradually he transformed into the character and did an amazing job during the stunt scenes. He also added that Mammootty only uses dupes for 2 long range shots.

People should realize that doing such risky stunts, 25 years before without any safety measures is indeed a commendable effort Mammootty won many accolades for his performance in Mrugaya.