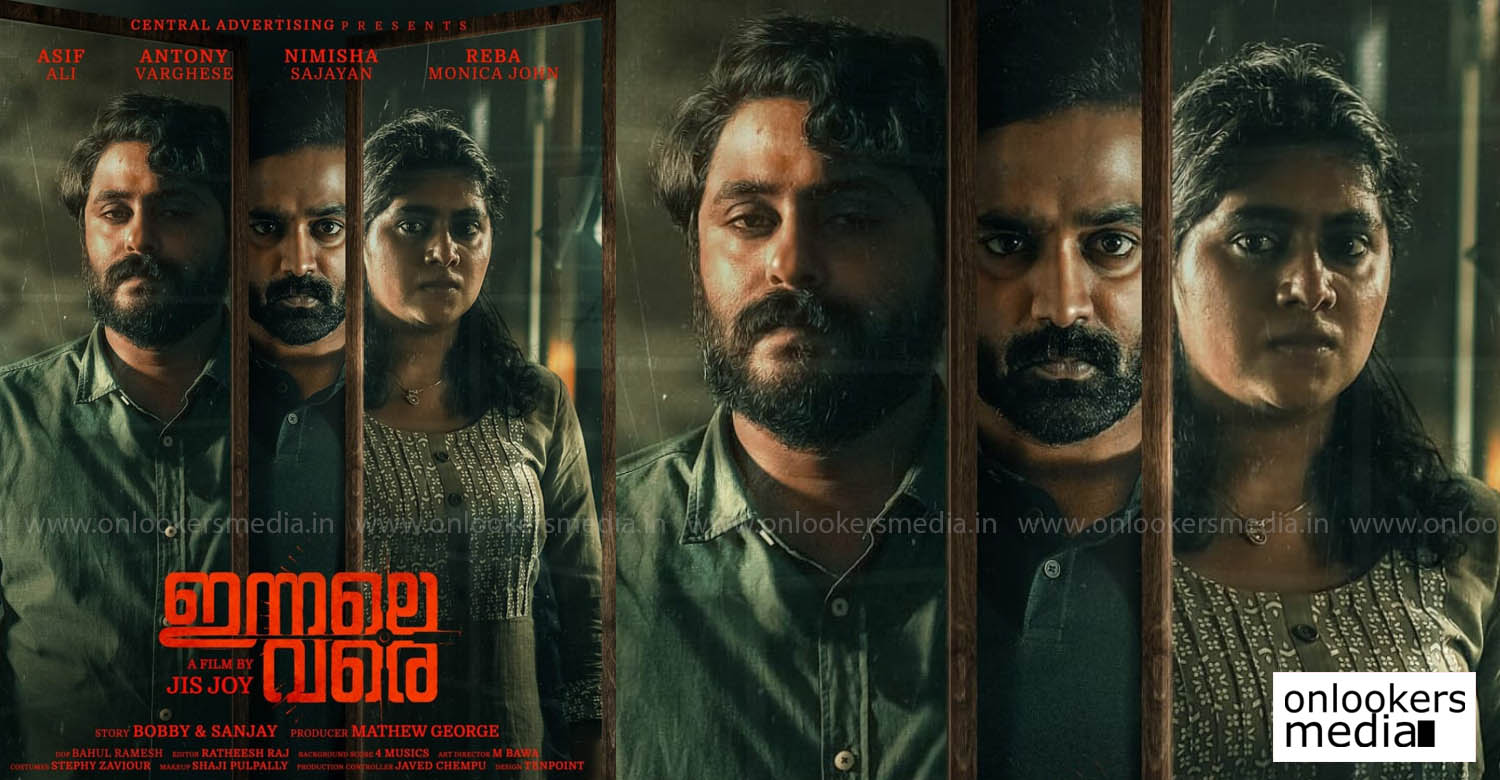 The first look of director Jis Joy’s new film ‘Innale Vare’ has been unveiled. It stars Asif Ali, Antony Varghese, Nimisha Sajayan and Reba Monica John as the leads. Bobby Sanjay is scripting the film, which is touted to be a thriller. Jis Joy’s films are usually known to be feel-good entertainers. Since this is the first time he is attempting a thriller, there is an added expectation on the film. The director’s last release ‘Mohan Kumar Fans’ starring Kunchacko Boban failed to succeed. Naturally, he will be keen to make a strong comeback with ‘Innale Vare’.

The film has Bahul Ramesh as the cinematographer and Ratheesh Raj as the editor. 4 Musics will be handling the music department. Central Advertising is presenting the film.

Here’s the revised release date of Radhe Shyam
Mammootty to play a traffic police inspector next?
To Top