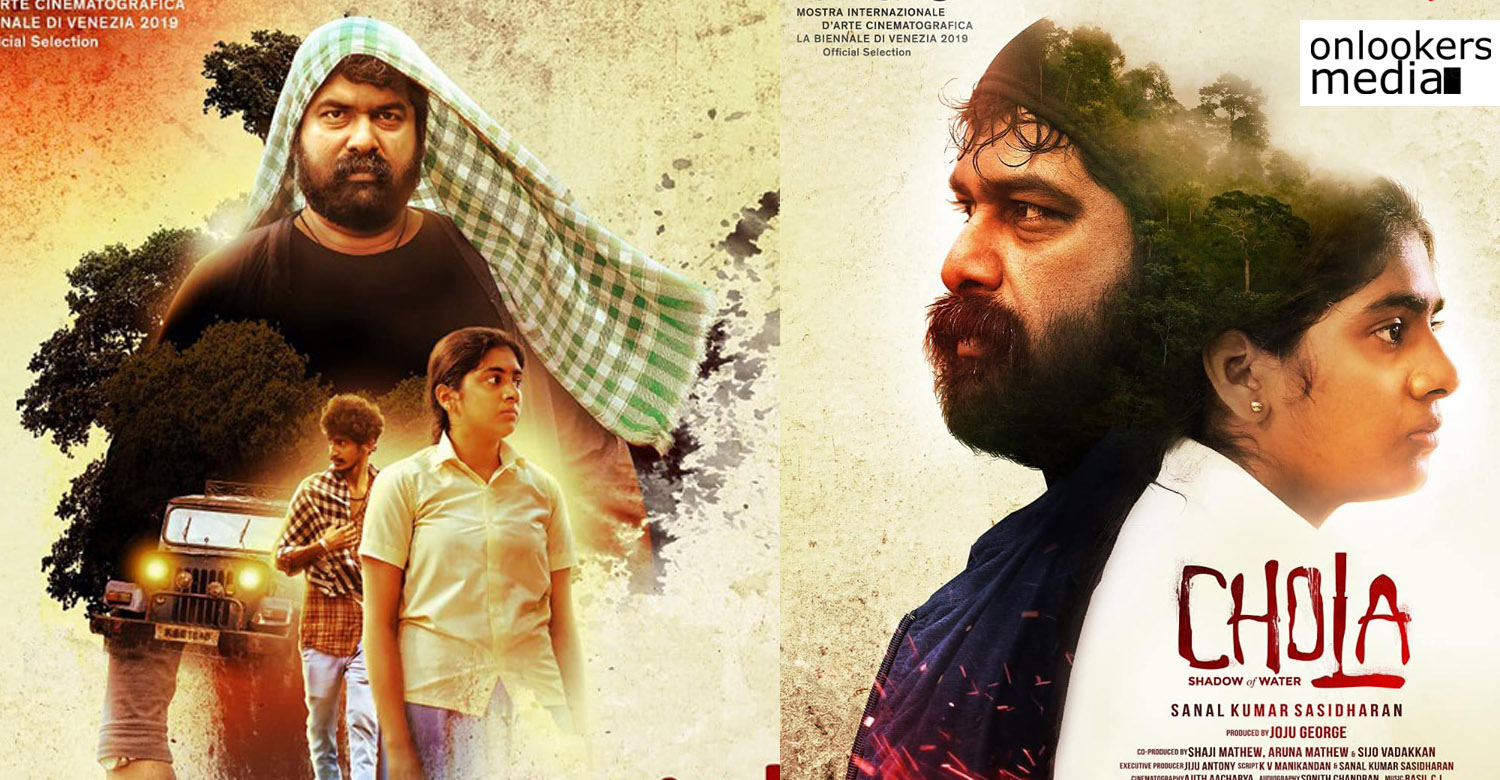 Director Sanal Kumar Sasidharan’s ‘Chola’ starring Joju George and Nimisha Sajayan has been selected for screening at the Venice International Film Festival. The movie will have its world premiere there at it will be attended by Joju, Nimisha, director Sanal and Shaji Mathew. The film festival will be held at Lido island from August 28 to September 6.

The Venice Festival is the oldest film festival in the world and one of the ‘Big Three’ film festivals, alongside the Cannes Film Festival and Berlin International Film Festival. Interestingly, ‘Chola’ is only the third Malayalam film to be screened at Venice. Adoor Gopalakrishnan’s ‘Mathilukal’ and ‘Nizhalkkuthu’ are the other two films. ‘Chola’ will be competing in the Orizzonti section.

‘Chola’ grabbed attention when Nimisha and Joju won Kerala State awards for their performance in the movie. Director Sanal Kumar Sasidharan also got a special jury mention for direction as well as sound design. Sanal has also scripted the movie jointly with KV Manikandan. Ajith Aacharya is the cinematographer and music is by Basil CJ and Sergey Cheremisnov. It is produced by Joju’s own banner Appu Pathu Pappu Productions.