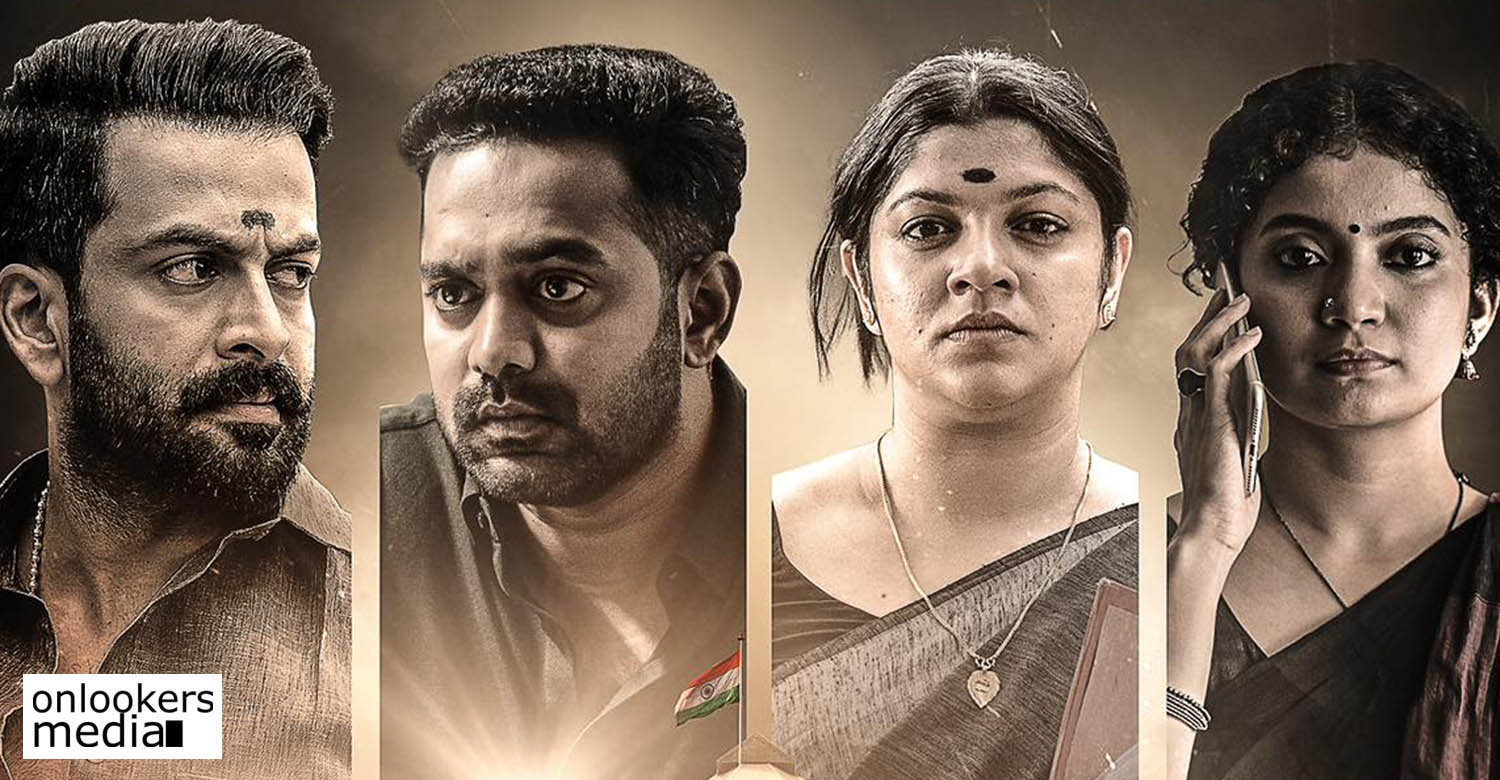 Shoot for the upcoming Shaji Kailas directorial ‘Kaapa’ has successfully been wrapped up. The film stars Prithviraj Sukumaran, Asif Ali, Aparna Balamurali and Anna Ben as the leads. The makers announced the completion of shoot by sharing a new poster featuring all the four leads.

‘Kaapa’, based on a Indugopan’s short story, is touted to be an action thriller centered around gangsters in Thiruvananthapuram city. It has Prithviraj playing a gangster named Kotta Madhu. Dileesh Pothan, Nandu and many others are also part of the cast.

‘Kaapa’ is the first ever film to be backed by Film Employees Federation of Kerala (FEFKA) Writers Union. Writers Union. Theatre of Dreams, and Yoodle Films, the film division of Saregama, a leading music label owned by the RP- Sanjiv Goenka Group of companies, are also part of the production of ‘Kaapa’.

With the shoot done in quick time, the makers are expected to speed up the post-production and announce their release plans soon.