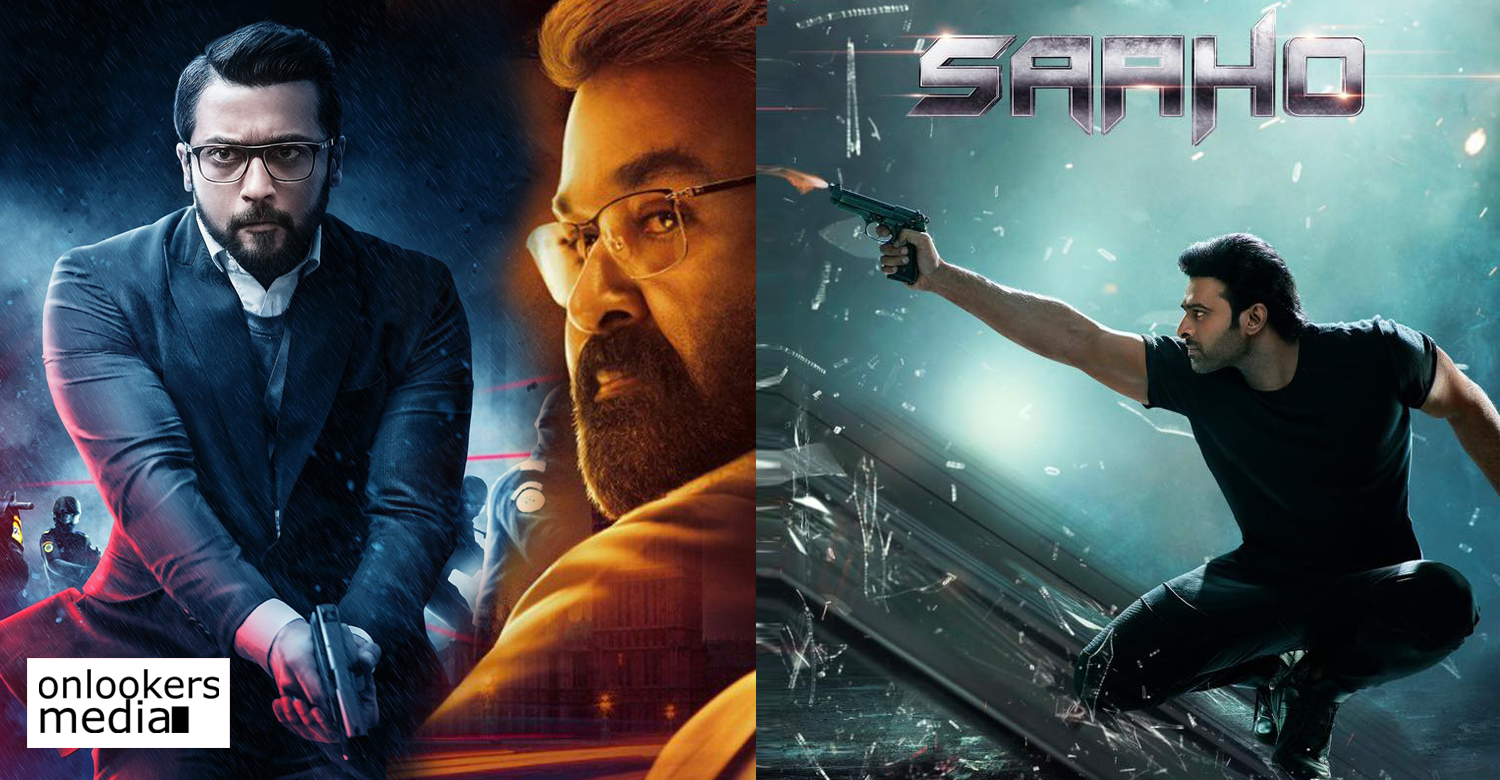 The highly anticipated Mohanlal-Suriya starrer ‘Kaappaan’ was scheduled for release on August 30 but has now be postponed for September 20. This means that the multilingual biggie ‘Saaho’, starring Prabhas, will have a solo release on August 30. It is ideal that the makers of ‘Kaappaan’ chose to push the release, for a clash between two such big films could have had a impact in the box office collections.

‘Kaappaan’ is touted to be an action packed thriller. While Mohanlal plays the Indian Prime Minister’s role, Suriya essays the role of a high-rank National Security Guard (NSG) officer, who is in charge of the PM’s security. Arya also plays a prominent role as Mohanlal’s son. The cast also includes Sayyeshaa, Boman Irani, Shamna Kasim and Samuthirakani. Besides Tamil, the movie is also releasing in Telugu. The Telugu version has been titled as ‘Bandobast’. Both the Tamil and Telugu versions are expected to be released simultaneously.

‘Saaho’ directed by Sujeeth is also action-thriller, but made on an international scale. It is being made on a whopping budget of around Rs 300 crores. The movie has actors from various languages as part of its cast. Shradhha Kapoor is paired with Prabhas. Jackie Shroff, Neil Nitin Mukesh, Chunky Pandey, Mandira Bedi, Mahesh Manjrekar, Arun Vijay, Lal, Vennela Kishore and Tinnu Anand are also playing prominent roles. It will be releasing in Telugu, Hindi and Tamil languages.