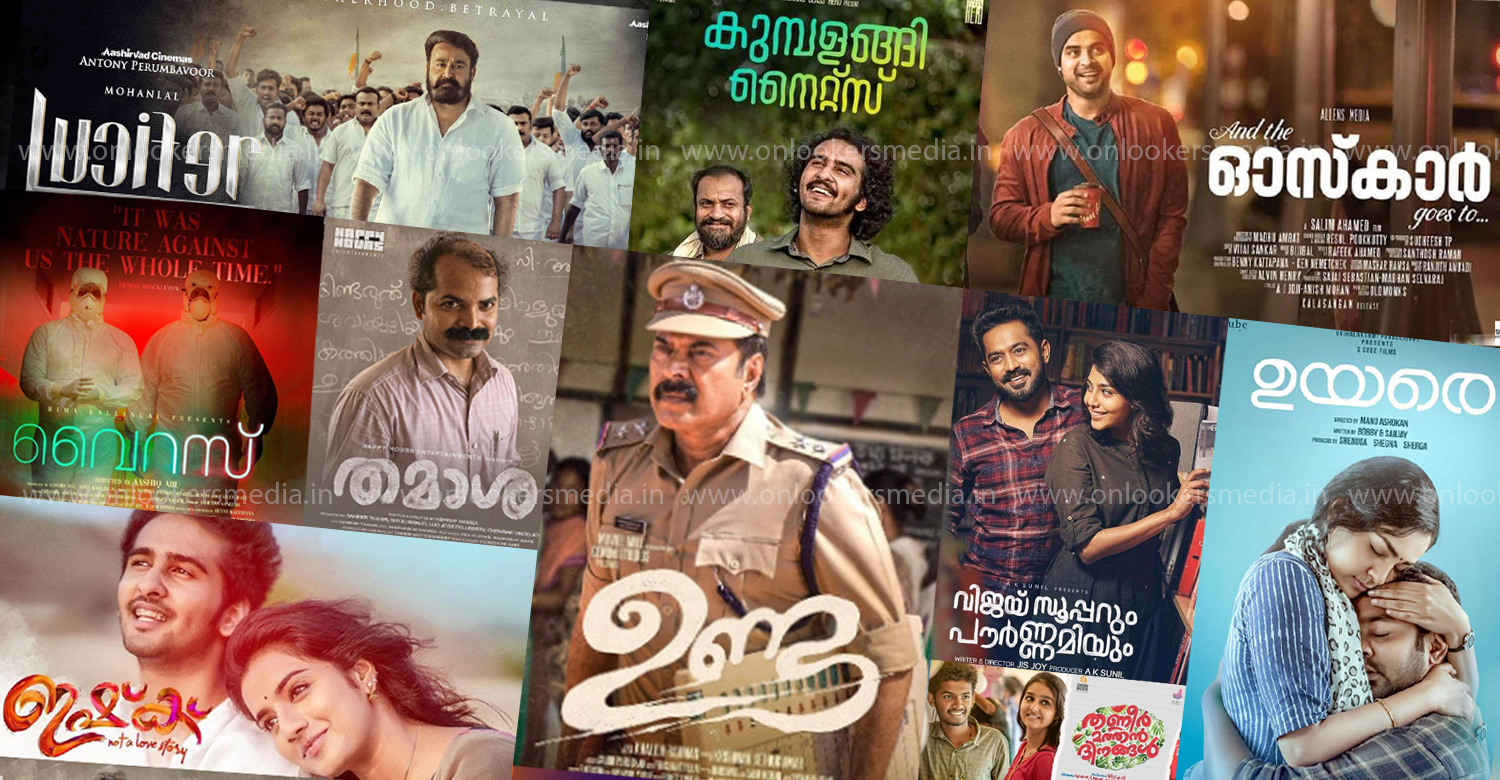 2019 has been a great year for Malayalam cinema with a string of high quality films hitting screens back to back. As we are into the latter half of the year, let’s take a look at the 10 best films that have released so far. Coming from the trusted team of Dileesh Pothan, Syam Pushkaran and Fahadh Faasil, expectations were always high on this film. Compared to their previous two outings – ‘Maheshinte Prathikaram’ and ‘Thondimuthalum Driksakshiyum’, both of which won National awards, the trio’s roles was different this time. They jointly produced this brilliantly made film that broke multiple stereotypes about what constitutes an ideal family. Syam Pushakaran’s adept writing coupled with skilled direction from debutant Madhu C Narayanan and the performances of the lead cast meant that ‘Kumbalangi Nights’ was a true winner in every sense. When it got released on digital platforms after a successful 100-day theatrical run was done with, it got an even wider reach with a large number of non-Malayali cinephiles lapping it up. In his four-decade long career, Mammootty has done several memorable cop roles but not one like Mani sir of ‘Unda’. This Khalid Rahman directorial tells the moving story of an unit of policemen from Kerala posted in India’s dreadful red corridor without sufficient ammunition and other facilities. Inspired from true events, ‘Unda’ is a gripping tale that paints a clear picture about the policemen’s fear, helplessness, blatant apathy of the higher officials, how casteism works within the force and also about the dismal lives of the tribal community. It is a politically layered film that touched upon multiple issues that appeals to a pan-Indian audience. Aashiq Abu’s ‘Virus’ is a semi-fictional account of how the state of Kerala withstood last year’s deadly Nipah virus scare. Writers Muhsin Parari, Suhas and Sharfu came up with what is easily one of the best written screenplays in recent years. The makers also pulled off a casting coup of sorts by assembling several top actors, who all did justice to their characters. Though there have been a few criticisms about the factuality in the story and how the government machinery’s role in the mission was not given prominence, ‘Virus’, from an aesthetic point of view, is a superbly made no-nonsense medical investigative thriller. The latest sensation in Malayalam, ‘Thanneer Mathan Dhinangal’ is a classic example of the golden phase that the industry is currently going through. You don’t need big stars to deliver hits anymore. Starring a bunch of kids and Vineeth Sreenivasan, this breezy little film is registering big numbers at the box office. Of late, most Malayalam films that dealt with school life and teenage romance were underwhelming. There were forced efforts to evoke nostalgia, and subsequently these films didn’t have the innate innocence and simplicity. This Girish AD directorial is a refreshing addition as it’s a rollicking fun entertainer that strikes a chord with everyone who has had a memorable high school life. ‘Ishq’ was Shane Nigam’s second successive hit of the year after ‘Kumbalangi Nights’. The movie is directed Anuraj Manohar and scripted by Ratheesh Ravi. Superficially seen, it’s a revenge driven film about moral policing. However, what ‘Ishq’ offers is a bloody big blow to toxic masculinity. Towards the end, it creates a doubt in the viewer’s mind about identifying the hero and villain in the film. Excellently performed by the two lead actors, Shane Nigam and Shine Tom Chacko, ‘Ishq’ is a honest film that dares to call spade a spade. Thamaasha directed by Ashraf Hamza is about a bald middle-aged college professor’s insecurities and his trouble in finding a suitable. Malayalam cinema is known for glorifying the moustache-twirling alpha male heroes. So stories like these come as a breath of fresh air. While Vinay Forrt carried the film effortlessly on his shoulders, the surprise package in the film came in the form of Chinnu Chandini, who impressed big time. Manu Ashokan’s ‘Uyare’ had Parvathy, Asif Ali and Tovino Thomas in major roles. The film scripted by Bobby and Sanjay addressed relevant issues like toxic relationships and beauty misconceptions. It is the story of an acid attack survivor who overcomes all the obstacles to lead a dignified life. ‘Uyare’ is an ideally empowering film with plenty of emotions and some excellent performances. Asif Ali’s purple patch started with this sweet little rom-com directed by Jis Joy. Asif and Aishwarya Lekshmi played two contrasting individuals who come together due to some unexpected circumstances. How they start an innovative business venture and eventually fall in love forms the story. It is a faithful remake of Telugu superhit ‘Pelli Choopulu’ with added importance to family emotions. Enjoying a theatrical run of over 100 days, ‘VSP’ emerged as the first superhit of the year. Prithviraj’ directorial debut ‘Lucifer’ starring Mohanlal is by far the biggest blockbuster in Malayalam cinema history. Besides all the commercial gains, ‘Lucifer’ was also a well-made mass entertainer that utilised the stardom of Mohanlal to its maximum. Along with Mohanlal, the cast also had Vivek Oberoi, Tovino Thomas, Indrajith Sukumaran, Manju Warrier, Sai Kumar and Saniya Iyappan in prominent roles. A second part for the movie has already been announced. And The Oskar Goes To Movie Poster Still

‘And The Oskae Goes To’ directed by Salim Ahmed had Tovino Thomas in the lead. It tells the story of a young filmmaker who takes his debut film to the Oscars. It is one of those films that is instantly relatable to the all those who have a passion for cinema. The film brings to light the striving of an independent filmmaker and the the lesser-known struggle that goes behind taking a film to the Oscar. Unlike the director’s other films, this one had a more commercial touch to it, major credits of which should go to the charming Tovino Thomas, who delivered one of his career best performances.