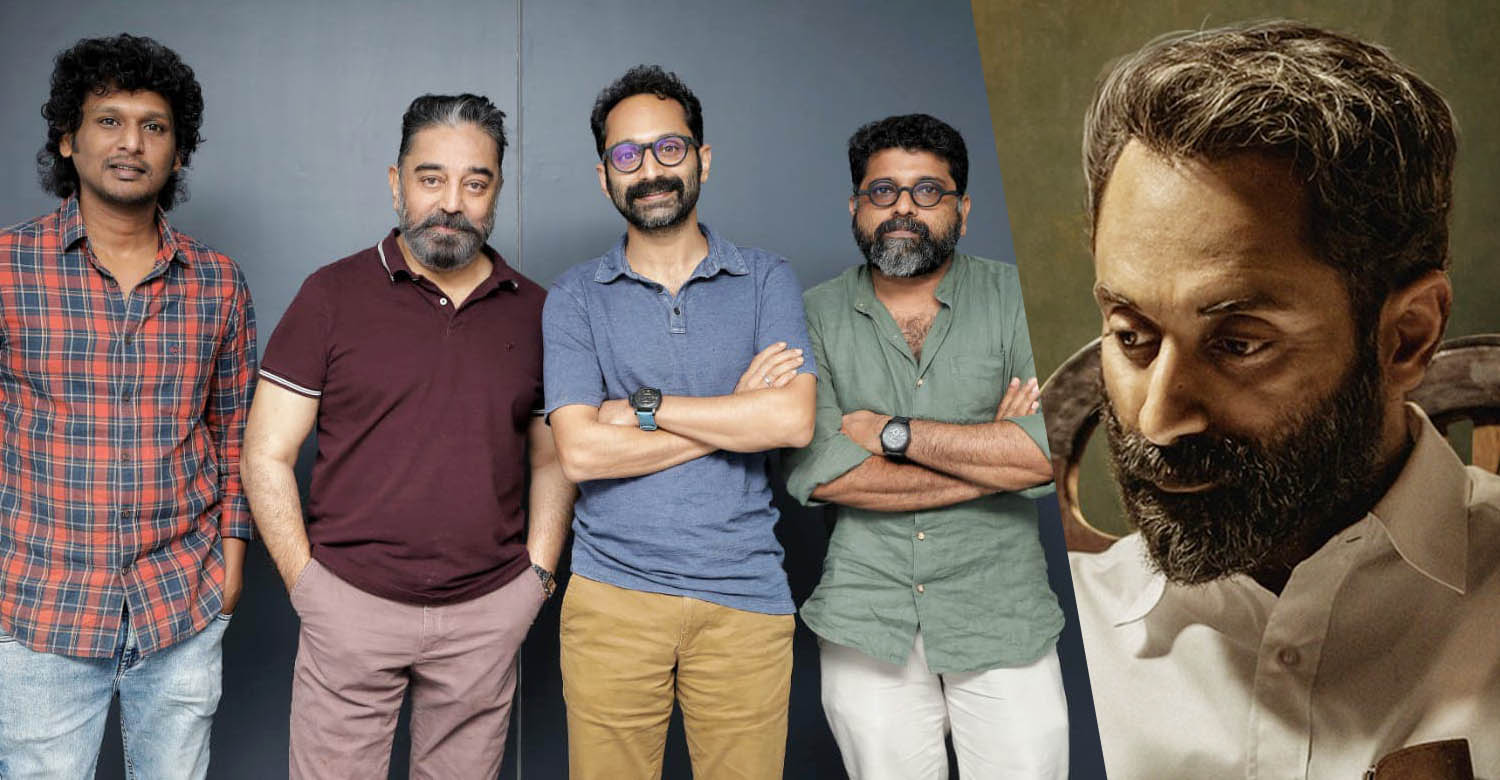 As reported by us recently, Fahadh Faasil has joined the sets of ‘Vikram’ directed by Lokesh Kanagaraj. The film has Kamal Haasan as the lead. During the shoot, Kamal and Lokesh got to watch Fahadh’s latest release ‘Malik’ and were highly impressed by it.

The film’s producer Anto Joseph has shared a photo of director Mahesh Narayanan and Fahadh, standing with Kamal Haasan and Lokesh in his social media handle. They all watched the film together at Kamal’s office in Chennai. It is currently streaming in Amazon Prime Video.

While Lokesh felt that ‘Malik’ would have reached another level if it was released in theatres, Kamal praised the making and Fahadh’s exceptional performance. It is worth a mention here that Mahesh Narayanan was the editor of Kamal’s ‘Vishwaroopam’ series. The director has often cited that it is that experience that came in handy during the making of his directorial debut ‘Take Off’.