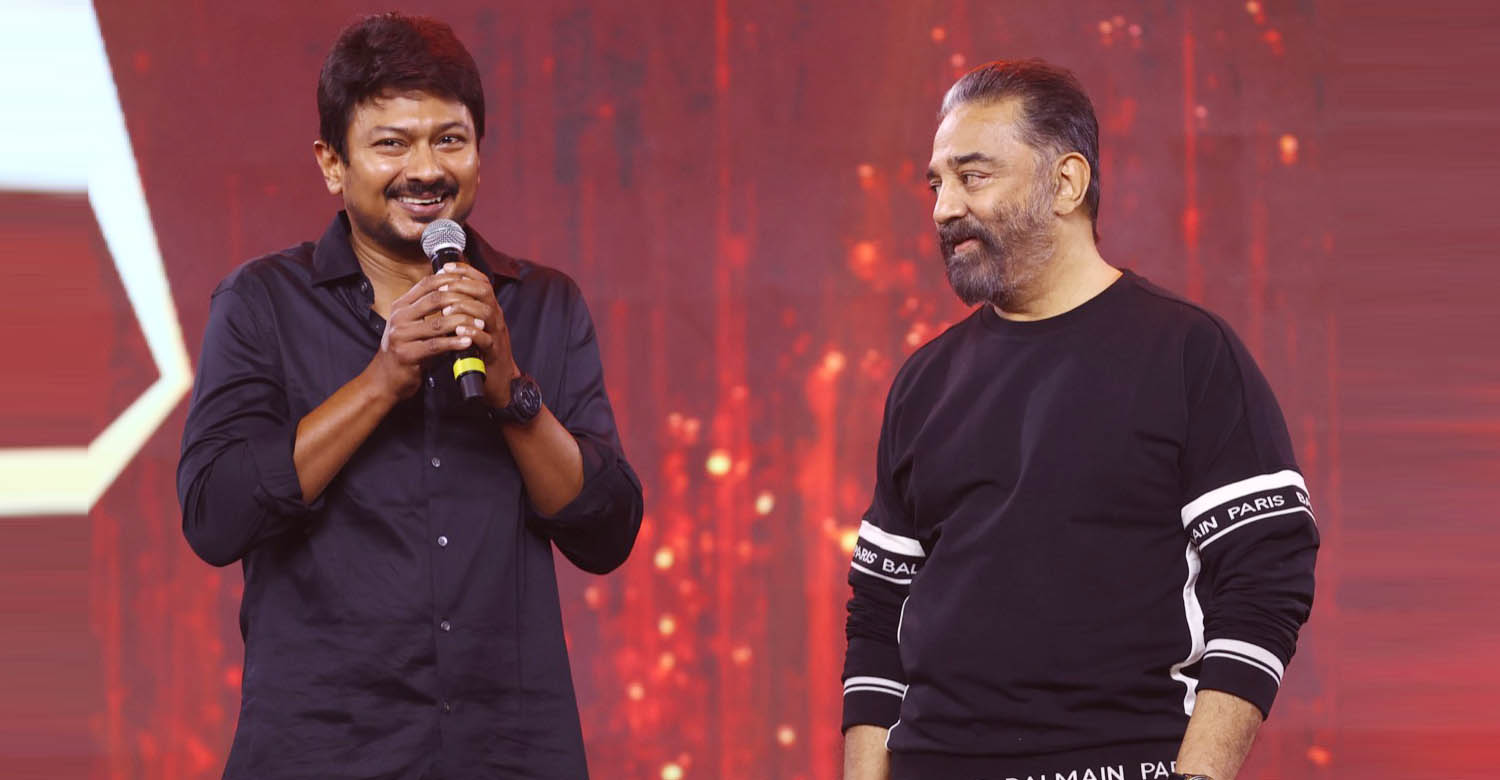 In the recently held event celebrating Red Giant Movies’ 15th year in cinema, Kamal Haasan announced that Udhayanidhi Stalin will be playing the lead in the 54th production venture of his banner, Raajkamal Films International (RKFI).

The announcement came as a big surprise as both Kamal and Udhayanidhi come from different political factions. Apparently, the two have decided to keep politics away from cinema. Details regarding who will be directing Udhayanidhi’s film for RKFI are not yet known.

Besides the Udhayanidhi film, RKFI is also producing another project starring Sivakarthikeyan and Sai Pallavi. ‘Rangoon’ director Rajkumar Periasamy will be helming that film.