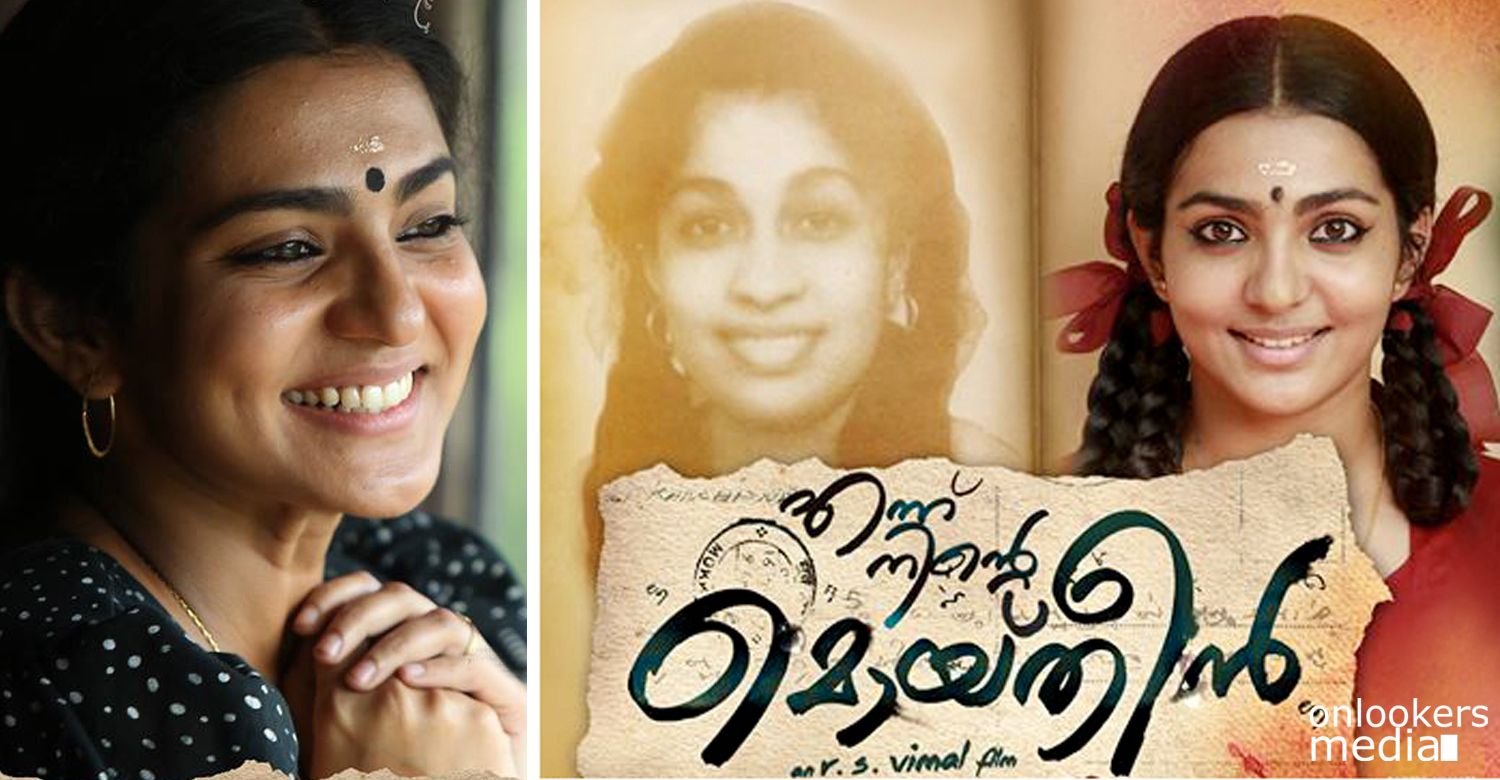 Ennu Ninte Moideen, the film which released yesterday is getting great reviews from all around and has attained a classic status already in the hearts of the film lovers. The flick is already hailed as the romantic legend on the silver screen and also the ultimate love poem wrote on celluloid. Prithviraj getting tremendous applause for his portrayal of the title character named Moideen and everyone says that it is his best performance till date as well.

Parvathy has already earned many admirers with her performance as RJ Sarah in the film Bangalore days and she is in its Tamil version as well. She got many recognitions as well for the performance in that film which is now the 3rd highest grosser in Malayalam cinema box office history. After that success she is again tasting great success with her next outing here in Mollywood as Kanchanamala in this flick Ennu Ninte Moideen.

Even though many people know that the film had depicted a real love story and also the real life Kanchanamala is still alive, there are many who did not know that until they saw the film yesterday. Now there is a greater demand among the viewers to know more and more about Kanchanamala’s real life. They really loved the character and took her pain and happiness in their heart. Along with Parvathy who played the character in the reel, the real life epic lover is also becoming the sweetheart of Kerala.

It was Mary, Malar and Celine from Premam who were the sweethearts for a while following the success of that film. Now it seems that Kanchanamala has toppled them from that position and she took the space in Malayali hearts with the immortal love she had for Moideen.