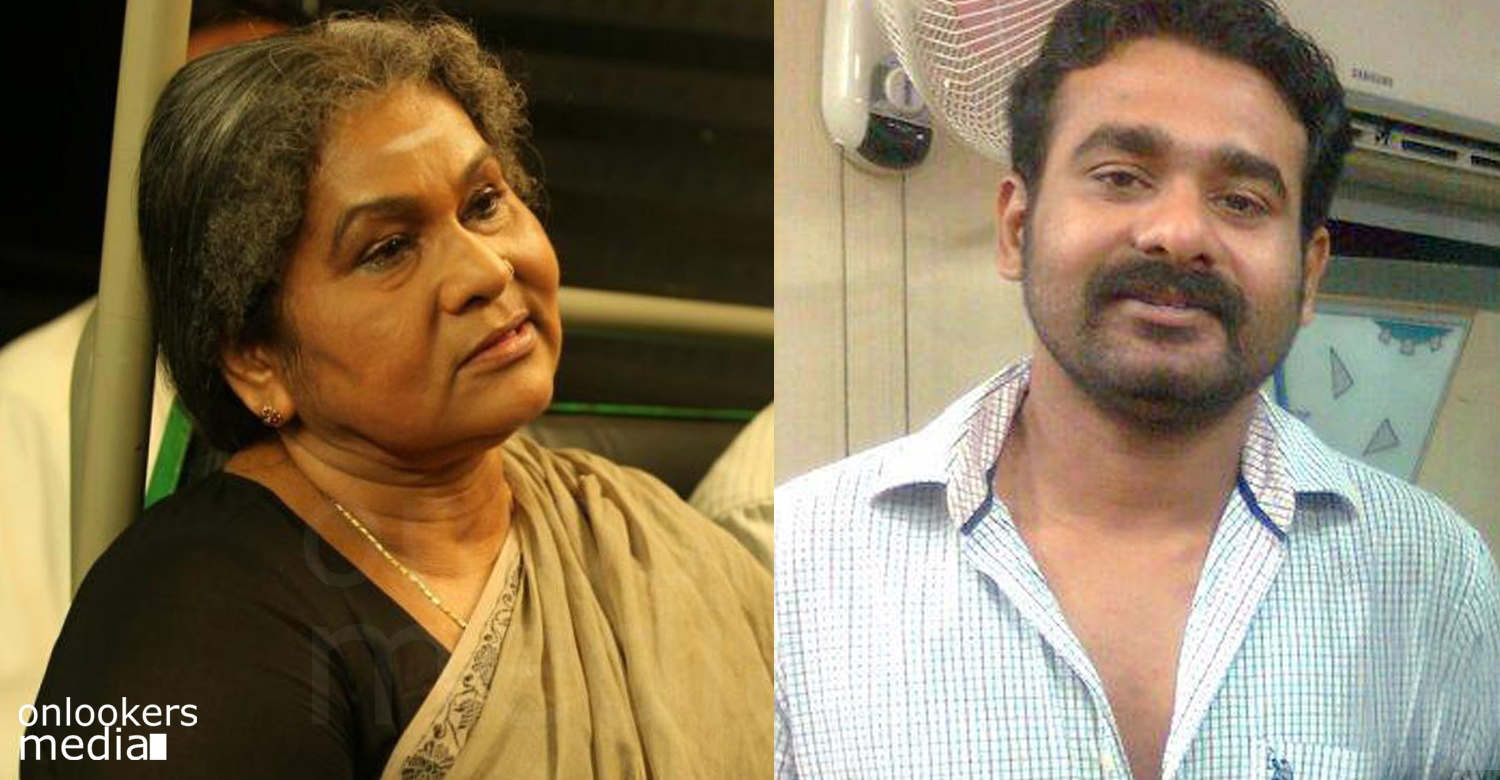 KPAC Lalitha the mother of Sidharth Bharathan has come up with her thoughts and experiences after her son met with an accident. Sidharth Bharathan, Malayalam actor and director who was admitted at the hospital after the accident at Edappally Kochi was said to be in critical condition at first.

KPAC Lalitha says that the media all over was reporting and competing for getting their TRP ratings and Viewership ratings with the information they got at firsthand. They were competing against each other by giving headlines, flash news everything based on the first reports from the hospital with the wrong information, said Sidharth’s mother. She also remarked that one of the media reported in their Breaking News that Sidharth was critically injured and another person with him had died and about some other channel which reported continuously about Sidharth to be faced by death soon.

KPAC Lalitha also said that it was director Kamal knowing about the condition of Sidharth coming to the hospital and called the media office not to air news which are not true and to stop promoting wrong information. She also commented that ‘the media specially the visual media are using human emotions in the wrong way and they are not even thinking before reporting or checking whether the information they are getting is right or wrong, they are just going with the media competition in which who airs that news first. So whenever these type of things are practised that is by relying on the first hand information media could actually hurt people’s feelings and they are unaware of it. Sidharth is truly an example where he was victimised in this media competition’.

So the Actress KPAC Lalitha, mother of Sidharth Bharathan is requesting all the media persons to be honest to their profession and to report the truth, otherwise it could hurt many with that single action. So the brief idea about what she said is requesting media to be a honest medium which the public can actually rely and not a medium which spreads false information. Hope the sound of this Mother KPAC Lalitha will reach the ears who were a part of this Viewership competitions.